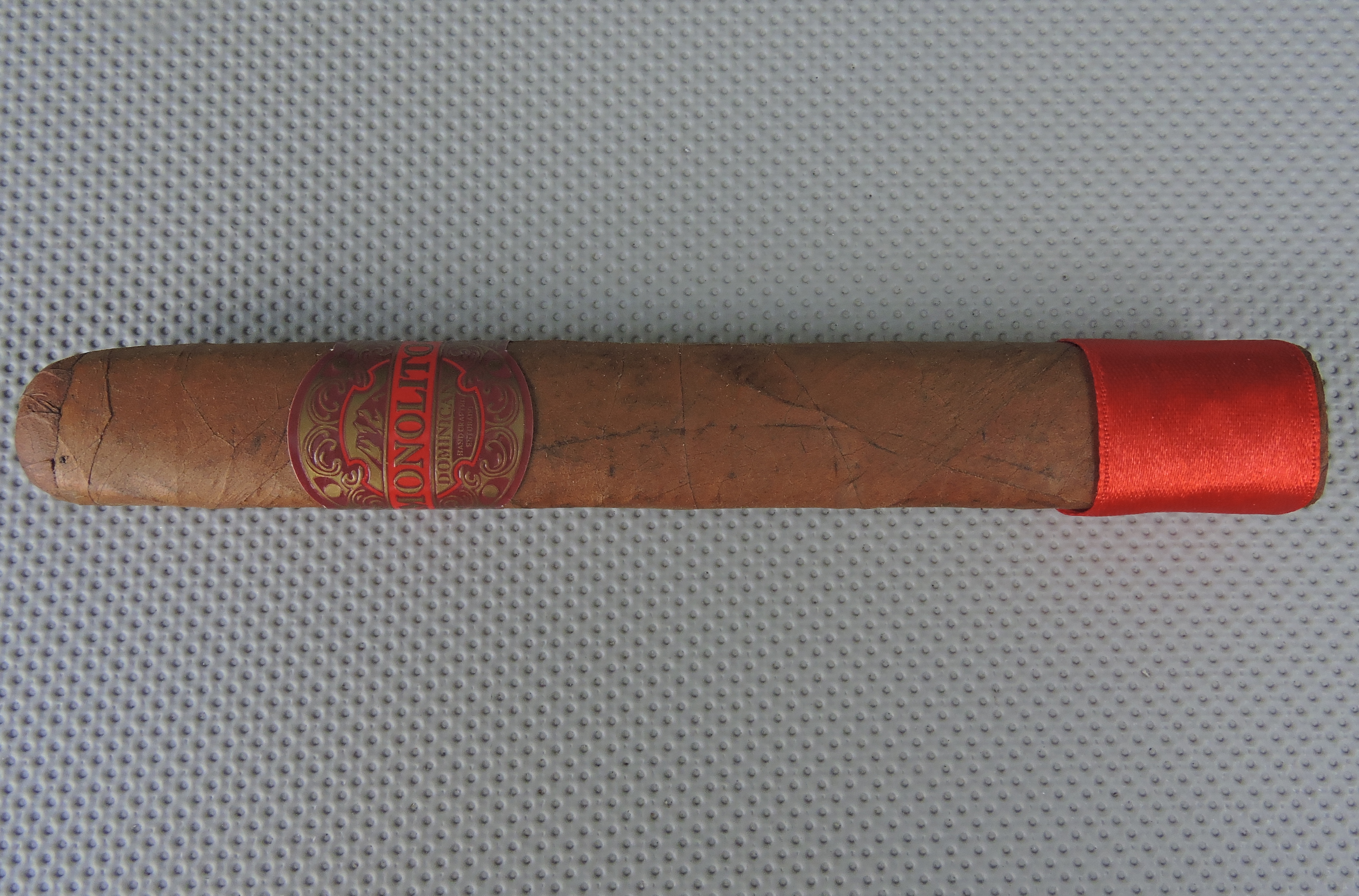 The Monolito Dominicana is an exclusive cigar to Cutters Cigar Emporium in Alpharetta, Georgia. The cigar is made at the Tabacalera Leyendas Cubanas factory in the Dominican Republic. The Leyandas Cubanas factory is probably most familiar to cigar enthusiasts as it produces cigars for Recluse Cigar Company. The name Monolito stems from Cutters’ founder and owner Russ Sutton who owns a hotel renovation company called Monolith. The “Dominicana” name stems from the fact that the cigar is made in the Dominican Republic and contains vintage Dominican tobaccos. Recently I’ve had an opportunity to smoke the Monolito Dominicana in the Toro size. Cigars out of Tabacalera Leyendas have scored very well on Cigar Coop. The Monolito Dominicana Toro is no exception as this delivers an outstanding cigar experience.

Without further ado, let’s take a look at the Monolito Dominicana Toro and see what this cigar brings to the table.

In addition to a filler of vintage Dominican tobaccos, the cigar features an Ecuadorian Sumatra wrapper and a Sumatra binder.

The Monolito Dominicana is available in five sizes that are packaged in box counts of 25. With the exception of the Perfecto, all of the sizes are box-pressed. Keeping to the philosophy used at Tabacalera Leyendas Cubanas, the cigar is rolled entubado style. 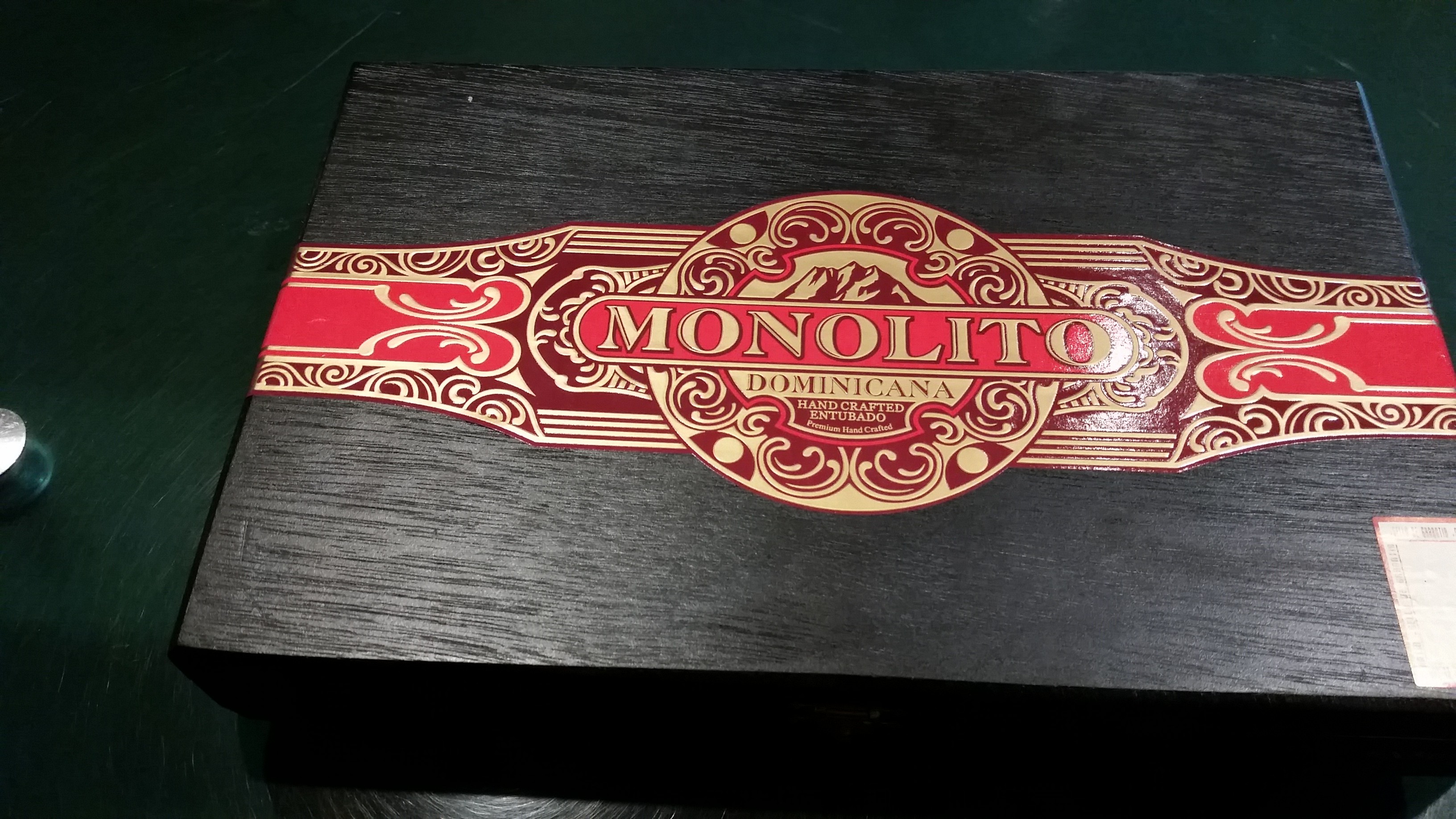 The Ecuadorian Corojo wrapper has a medium brown color. There was a slight bit of darker marbling than can be seen on the surface. I didn’t find much in the way an oil coat on the surface of this wrapper, but I still found it to be a smooth wrapper. There were some thin visible wrapper seams as well as some thin visible veins. The cigar has a nice firm, square press with no soft spots on the cigar.

Prior to lighting up the Monolito Dominicana Toro, I went with my usual choice of a straight cut. Once I removed the cap, I moved on to the pre-light draw. The dry draw was a sample of things to come as I detected notes of natural tobacco, wood, some caramel, and some red pepper. Overall I considered this to be an excellent pre-light draw experience. At this point I was ready to remove the ribbon off the footer, light up the cigar, and see what the smoking phase would have in store.

The Monolito Dominicana Toro started with a combination of wood, caramel, and a mix of black and red pepper. Early on the wood notes moved to the forefront where they were grounded for most of the cigar experience. The caramel notes became secondary while the red / black pepper mix was more distant. Meanwhile on the retro-hale, I detected notes of black pepper.

Midway through the first third, the wood notes remained primary. The caramel remained a close secondary note with the pepper further back. During this point I subtle fruit note surfaced in the background.

The last third remained very similar. The pepper notes became close secondary notes to the natural tobacco / wood combination. Meanwhile the caramel and fruit notes diminished considerably. This is the way the Monolito Dominican Toro came to a close. The resulting nub was firm to the touch an cool in temperature.

The burn to the Monolito Dominicana Toro maintained a straight burn path from start to finish. The burn line also remained straight. From time to time, there was some jaggedness on the burn line, but this was remedied with a touch-up. This cigar did require several touch-ups along the way but it wasn’t excessive. I found that resulting ash wasn’t overly tight, but it wasn’t a loose one either. The ash also had a silvery gray color to it. Meanwhile the Monolito Dominicana Toro maintained an ideal burn rate and ideal burn temperature. 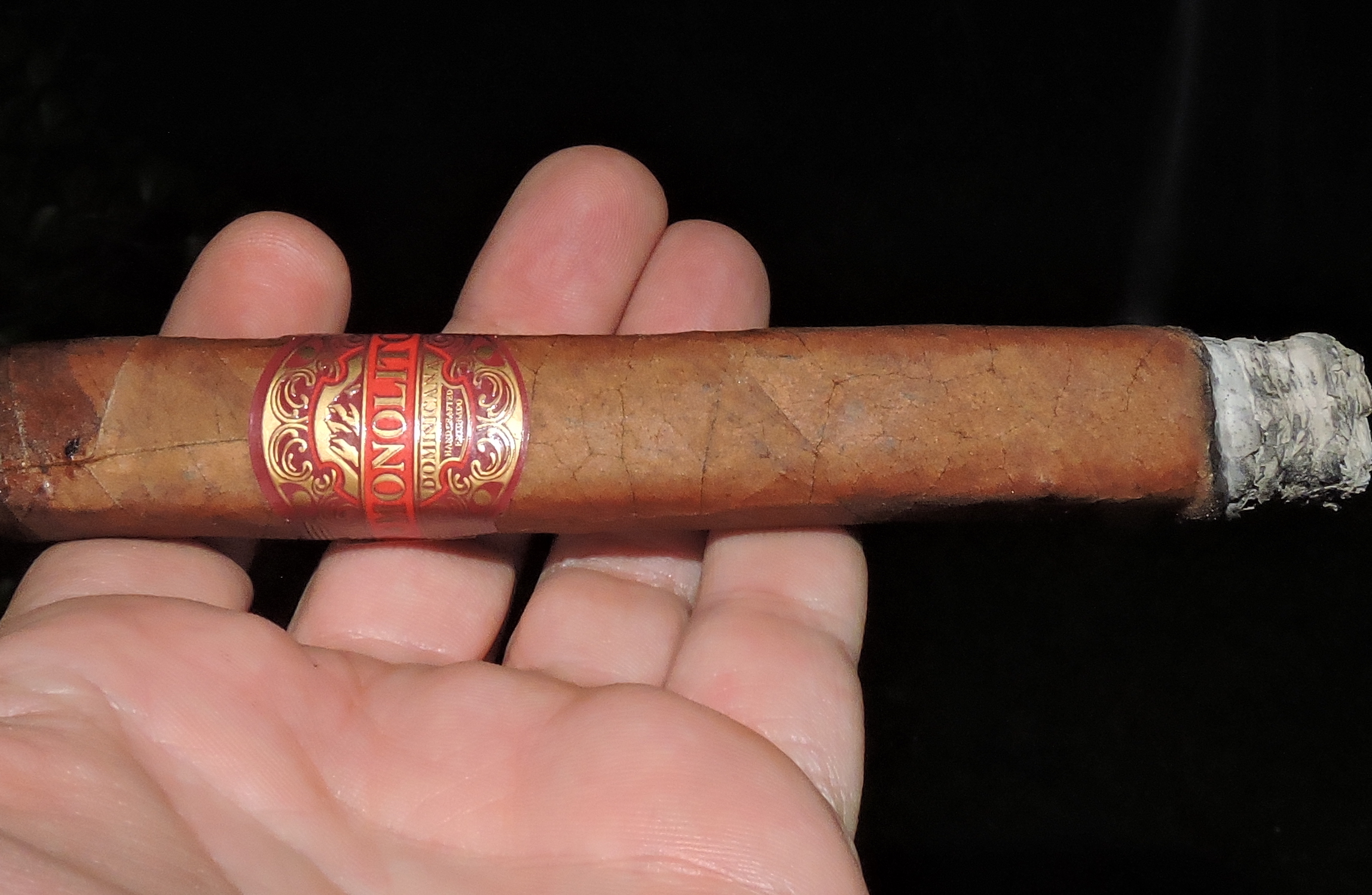 Burn of the Monolito Dominicana Toro

The draw to the Monolito Dominicana Toro was excellent. It wasn’t a loose draw, nor was it a tight one either. Overall I found this cigar was an easy one to derive flavors from.

From both a strength and body perspective I found the Monolito Dominicana Toro to pretty much be a medium. There was a slight increase in both attributes along the way, but I still found this cigar to maintain its medium profile.The strength and body maintained a nice equilibrium as neither attribute overshadowed the other.

The Monolito Dominicana was the first Corojo offering I had from Tabacalera Leyendas Cubanas and overall, I was quite pleased with this cigar. There was a subtle level of complexity that was quite satisfying. I also found the flavors to balance each other nicely. In addition, I found the medium strength, medium-bodied profile was ideal for the flavors produced. The Toro format also worked quite well. This is a cigar I could recommend to either a novice or experienced cigar enthusiast. As for myself, this is a cigar I’d easily smoke again and would recommend a box split.