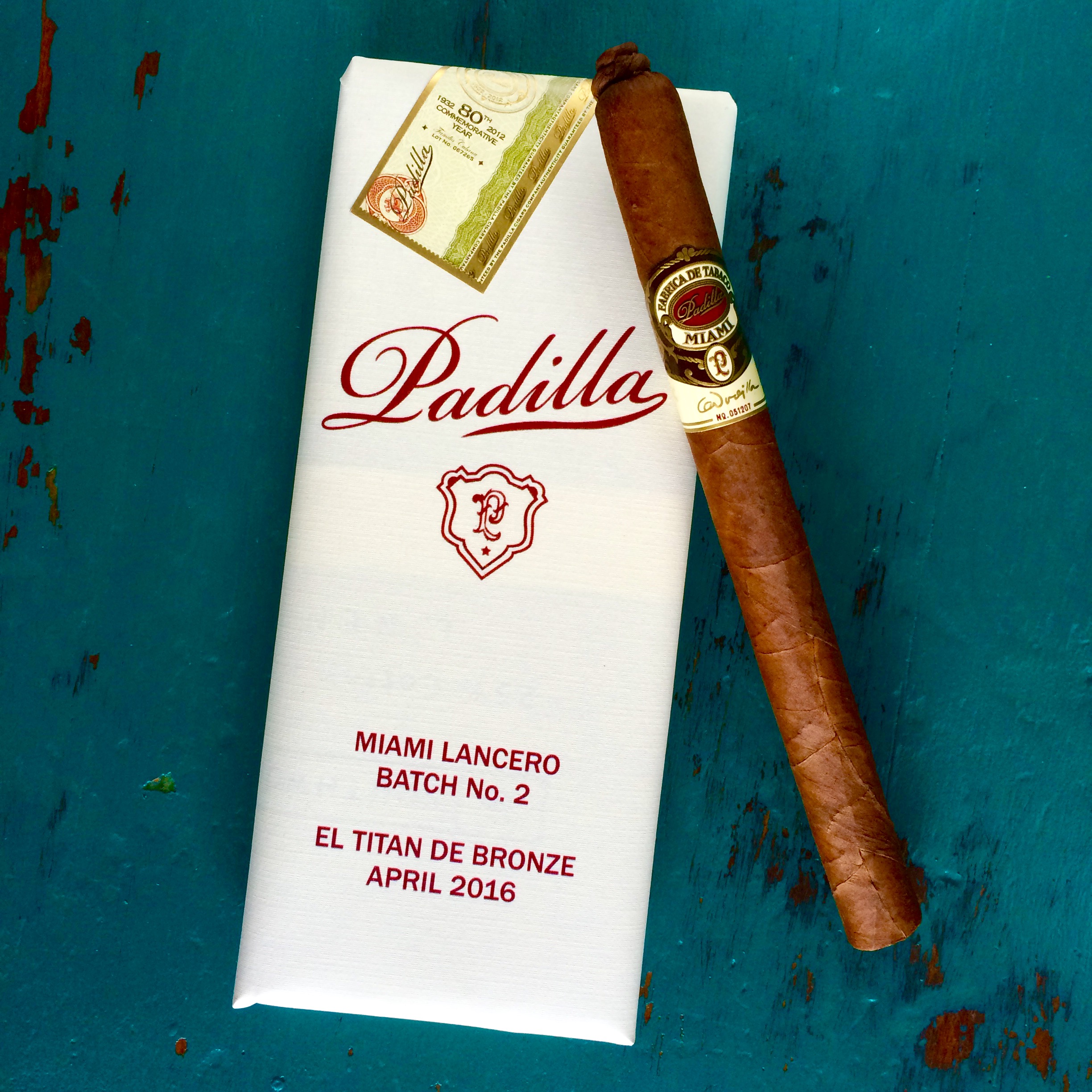 Rodrigo Cigars indicated the blend will be identical to the first batch, and the cigar will once again be a 7 x 40 vitola. The cigar is constructed using traditional Cuban techniques and rolled Entubado style. A total of 140 five packs will be made available on RodrigoCigars.com and the company’s new Rodrigo Cigars Boutique in Schenectady, NY.

“The first batch of the Padilla Miami Lancero made by El Titan de Bronze, was released in November 2015 and quickly sold out. We never planned on a second batch, but our loyal customers loved it so much that we decided to bring our amigos this special cigar one more time,” commented George Rodriguez, owner of Rodrigo Cigars.

The first Padilla Miami Lancero was launched back in November, 2015.

Rodrigo Cigars is owned by George Rodriguez. The brand is best known for producing boutique cigars out of the Dominican Republic with Tabacalera William Ventura. Over the past year, while continuing to produce his brands, he has added a retailer component focusing on small batch production brands.