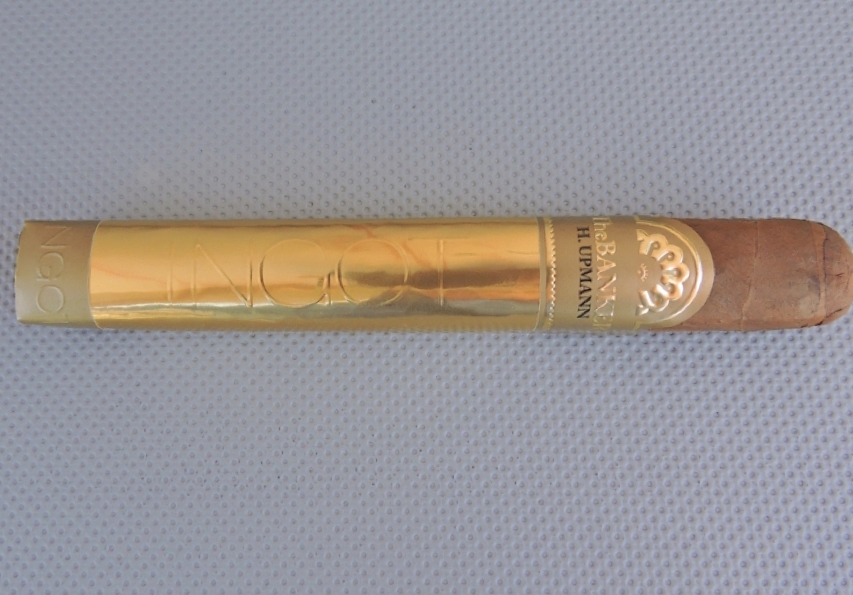 Earlier this year, Altadis USA announced a limited edition cigar known as the H. Upmann Ingot TheBanker Private Holding. The cigar is an offshoot of the H. Upmann Banker line that was introduced back in 2014. The Banker is a line that pays homage to brand founder Herman Upmann. Upmann was a German banker who in 1844 went to Havana Cuba and invested in a cigar factory – which became the H. Upmann brand. An Ingot is a gold bar and thus fits into the story of the Banker line. Recently I’ve had an opportunity to smoke the H. Upmann Ingot TheBanker Private Holding. Overall, this was a very enjoyable cigar and one that is one of Altadis’ best blends released under the H. Upmann line.

In previous assessments of Altadis USA’s H. Upmann line, we provided some background on the H. Upmann brand:

The name H. Upmann is one of the classic names in the cigar industry. This cigar has its origins back in Cuba where founder Herman Upmann opened his first cigar factory in 1844 (thus the name of the cigar here). The company went bankrupt in 1922 and the name (and production) was eventually acquired by Menendez y Garcia co. – the company that made Montecristo. The Cuban Revolution led to the nationalization of Cuban cigar companies – including H. Upmann. As a result of this, Menendez and Garcia would move the brand to the Canary Islands, then to the Dominican Republic. The brand would eventually come under the ownership of Altadis. The end result is that this is why there is a Cuban H.Upmann and a Dominican H.Upmann.

Without further ado, let’s break down the H. Upmann Ingot TheBanker Private Holding and see what this cigar brings to the table.

The Ingot features a Criollo ’98 wrapper over all Nicaraguan tobaccos. One thing I like that Atladis USA has been doing recently is specifying the vintage of each of the tobaccos used.

The H. Upmann Ingot comes in one size – a 6 x 54 box-press toro. The cigars are packaged in eight count boxes. 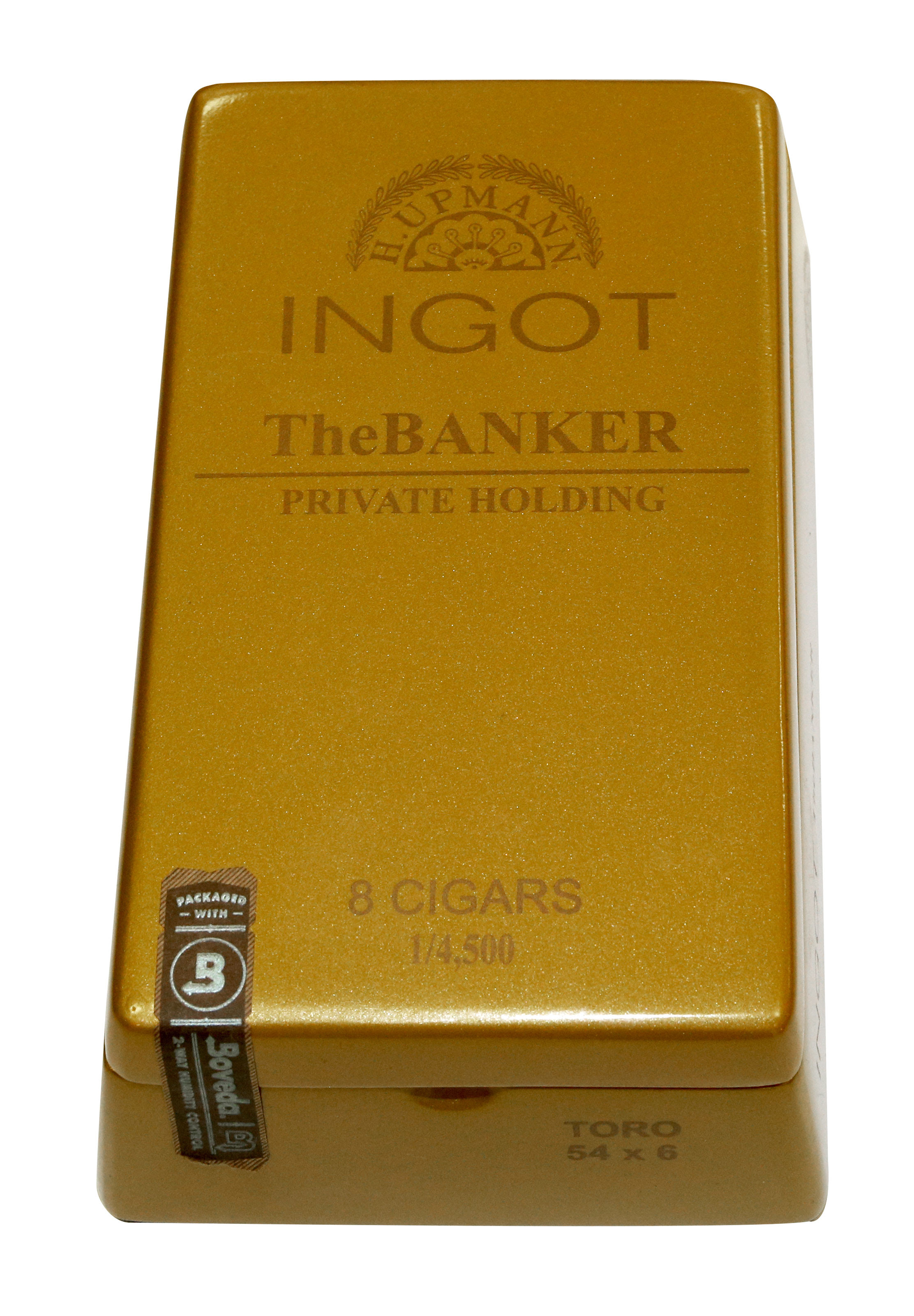 A total of 4,500 boxes of the Ingot were produced. Each of the 4,500 boxes is individually numbered.

While not completely unusual, the Criollo ’98 wrapper of the Ingot is still one of the lighter Criollo wrappers I have seen. I describe it as a light to medium color with a cinnamon colored tint to it. There was a very thin sheen of oil on the wrapper’s surface.  There were also some visible veins. Despite the lighter color of the wrapper, the seams were well hidden. The box-press itself was firm with no soft spots. 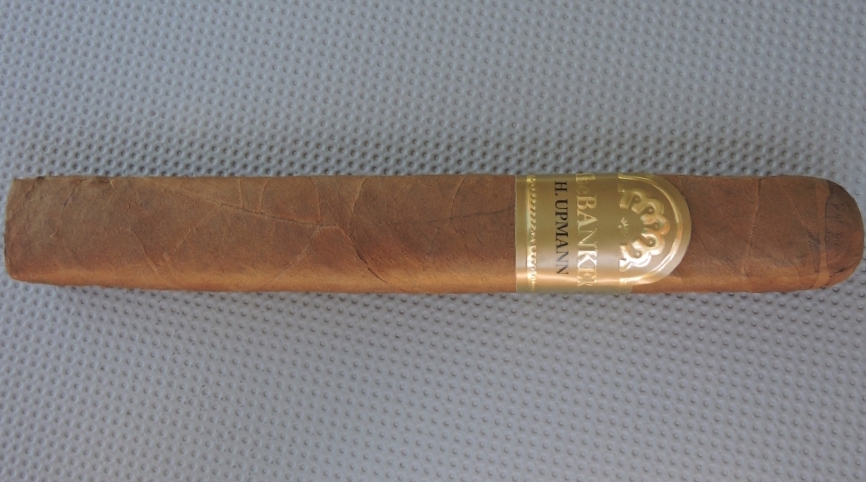 After removing the sleeve of the H. Upmann Ingot, I then proceeded to make a straight cut into the cigar. Once the cap was clipped, I then moved on to the pre-light draw. The dry draw provided notes of cedar, wood, and caramel. Overall I considered the pre-light draw to this cigar to be very good  At this point I was ready to light up the Ingot and see what the smoking stage would have in store.

The Ingot started out with notes of cedar, natural tobacco, caramel, and a mix of various pepper spices. It didn’t take long for the cedar and caramel notes to go primary. From time to time throughout the smoking experience, the caramel note also seemed to have a subtle cocoa quality to it. The pepper and natural tobacco notes moved into the background. Meanwhile the retro-hale delivered a mix of cedar and pepper notes.

Toward the end of the first third, the cedar notes became the primary notes. As the Ingot moved into the second third, I found a gradual diminishing of the caramel notes. At the same time the pepper and natural tobacco notes continued to remain in the background. During this stage of the smoking experience, I also detected a dried fruit note in the background.

During the last third of the Ingot, the natural tobacco notes shifted into the forefront with the cedar notes. I still detected some of the mixed pepper notes. The caramel notes no longer had a prominent role and the fruit notes dissipated. This is the way the cigar experience of the Ingot came to a close.  The resulting nub was firm to the touch and cool in temperature.

The burn to the H. Upmann Ingot performed very well. The burn path and burn line remained straight from start to finish. The resulting ash had a salt and pepper color. I didn’t find the ash to be overly firm, but it was not a loose, flaky ash either. Meanwhile the burn rate and burn temperature were both ideal. 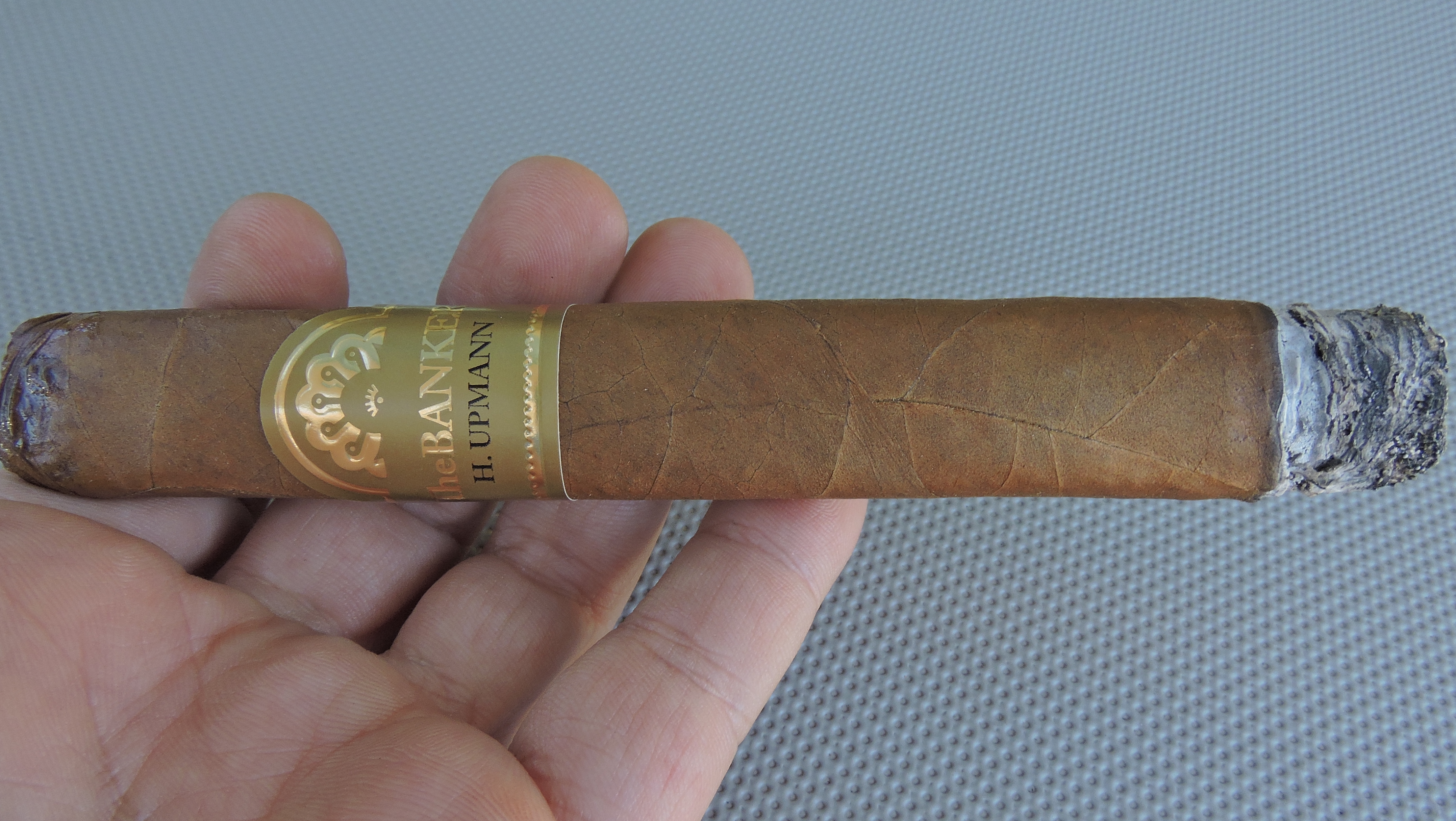 As for the draw of the Ingot, this wasn’t a loose draw, but i wasn’t a tight one either. I found the draw to be open and low maintenance to derive flavors from.

For the most part, I found the Ingot to be a cigar that was a medium strength, medium-bodied smoke. During the smoking experience, I did find both attributes increased slightly in intensity, but neither attribute moved out of the medium range. In terms of strength versus body, I found both the both attributes balanced each other nicely.

There are two similarities with the regular production H. Upmann Banker line and the H. Upmann Ingot offshoot. First both cigars have a banking theme, and both cigars have a similar band / sleeve design. That is where the similarities stop. The Ingot is a completely different blend, that will deliver a very different cigar experience. The cigar delivers excellent flavor from start to finish.

Overall I found this to be a home run for Altadis and the H. Upmann brand. This is a cigar I could recommend to either the novice or experienced cigar enthusiast. As for myself, this is a cigar that I would easily reach for again. While the eight count boxes make this an affordable option, even if this was in a standard twenty count box, it easily is worthy of a box purchase.