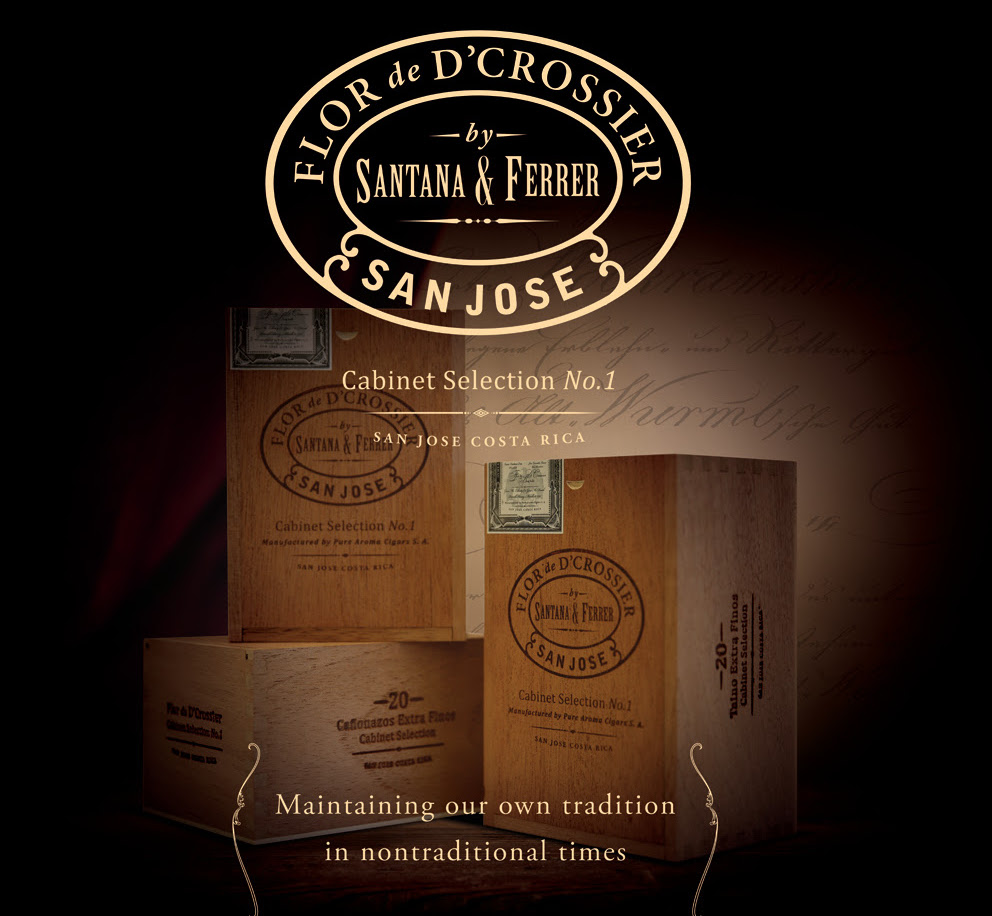 Pure Aroma Cigars, the maker of D’Crossier Cigars is introducing a new blend to its Flor de D’Crossier brand. The new Flor de D’Crossier Cabinet Selection No. 1 will make its debut at the 2016 IPCPR Trade Show on July 24th. As the name indicates, it incorporates classic cabinet style packaging into the release.

Par with the course with cabinet selections, the new Flor de D’Crossier Cabinet Selection No. 1 is packaged in slide top “cabinet” style box. Keeping with company founder Isaisas Santana Diaz’s philosophy, the boxes are designed to enhance the aromas of the cigars. The individual cigars in the 20 count boxes are packaged in cellophane, however like the original Flor de D’Crossier release, the cellophane is perforated to allow the aromas the flow through and absorb the woods from the cabinet packaging.

In a press release announcing the Flor de D’Crossier Cabinet Selection No. 1, the company gives some context on the history of Cabinet boxes in the cigar market:

There was a time where CABINET SELECTIONS was the highlight of the British cigar market. In the beginning of the 20th century, with the ascension to the throne of Edward VII, an avid cigar enthusiast, cigar smoking was raised to new heights of fashion. Historians considered this, the golden aged of premium cigars and tobacco in general. During this time in the United Kingdom, certain vitolas became extremely fashionable, doble figurados and piramides, among other new small ring gauge size cigars were the daily choice of the Englishmen.

Due to a high demand for premium cigars, Cuban manufacturers, together with their British importers conspired to offer larger packs of their brands. Masters in the art of Cuban colonial style cabinet making were commissioned to craft ornate humidors, from pure Spanish cedar to house the cigars, needless to say anyone who could afford such an item would insist on only the highest quality for its contents. Thus it became common practice for only the best rollers from each factory, using the finest selection of tobaccos, to be permitted to roll the cigars for cabinets, hence “Cabinet Selection’.

In addition to the Flor de D’Crossier Cabinet Selection No.1, the company is also releasing its new D’Crossier Presidential Collection Pennsylvania Avenue line at the 2016 IPCPR Trade Show.

At a glance, here is a look at the Flor de D’Crossier Cabinet Selection No.1.