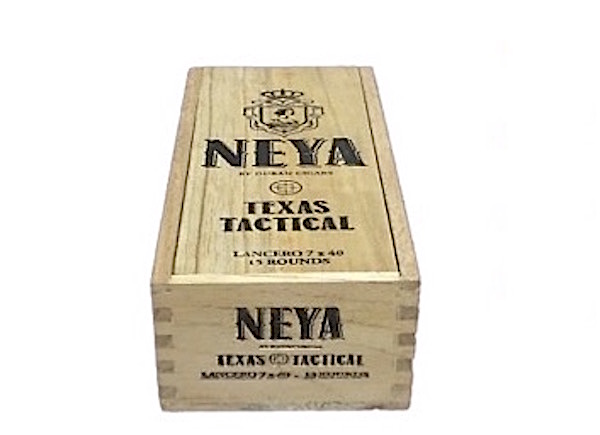 At the 2016 IPCPR Trade Show, Duran Cigars will unveil a new lancero under its Neya F8 brand known as the Texas Tactical Lancero. As opposed to the Ecuadorian Habano wrapper found across the rest of the Neya F8 line, the Texas Tactical will leverage a Maduro Corojo wrapper from Ecuador. The cigar derives its name suggestions from retailers in Texas.

The Texas Tactical will be a 7 x 40 lancero offering – complete with a pig-tail. The Maduro Corojo wrapper is grown at the company’s Fincas Azan plantation in Ecuadorian. The remainder of the blend consists of Nicaraguan tobacco, including a component of Esteli ligero designed to have the bold effect that the rest of the Neya F8 line provides. The cigar is packaged in 15 count cedar cabinet boxes – meant to be analogous to a 15 round magazine. The cigar is produced at the company’s Nicatabaco SA factory in Esteli, Nicaragua

The cigar also features a different color scheme on the band featuring a black and gold color scheme. 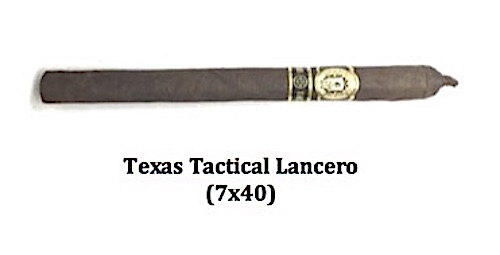 Roberto Pelayo Duran, owner of Duran Cigars, commented in a press release: “The Texas Tactical Lancero is a very exciting project. The suggestion came from Texas, from colleagues, retailers and consumers of the Neya F8 that were wondering how that F8 flavor would translate in a Lancero size. Once production started in Nicatabaco, we noticed that some of our fellow cigars manufacturers in Esteli were stopping by the factory more often than usual to pick a fuma of the new Lancero. This is when we knew the Texas Tactical Lancero will be a very special F8 and much welcomed by our customers. We look forward to sharing it with our retail family.”

Miguel Schoedel, National Sales Manager at Duran Cigars commented on the new released: “I am a huge fan of the Lancero format. Roberto and I have been playing around the idea of adding this vitola to our line-up for some time now. I believe we have chosen the right blend. I am very proud to share this labor of love with our friends in Las Vegas. ”

The F8 is a designation used by Duran Cigars for its fuller, stronger cigars in the Neya brand.

At a glance, here is a look at the Neya F8 Texas Tactical by Duran Cigars