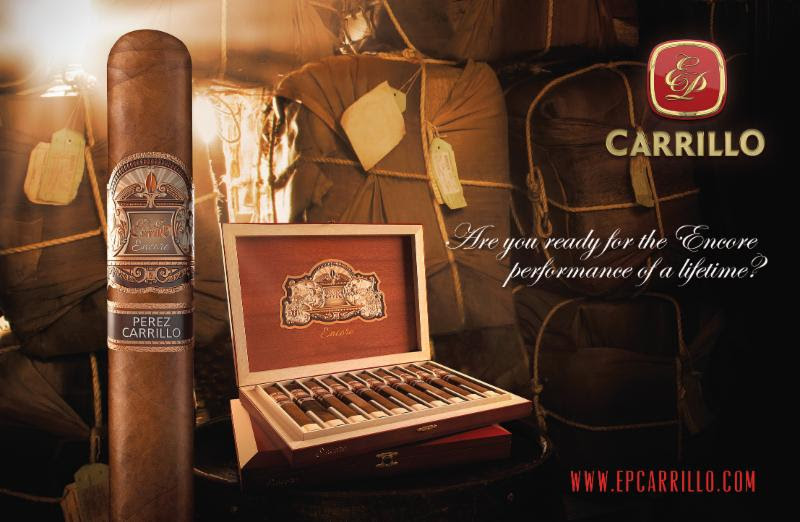 The differentiator with the Encore is that the tobacco for the Encore was aged and cured in something called tercios. Tercios comes from the bark of palm trees and is used to wrap the tobaccos in bales. After the tobacco is wrapped, there is some additional aging that occurs.

The packaging for the E.P. Carrillo Encore will be similar to La Historia.