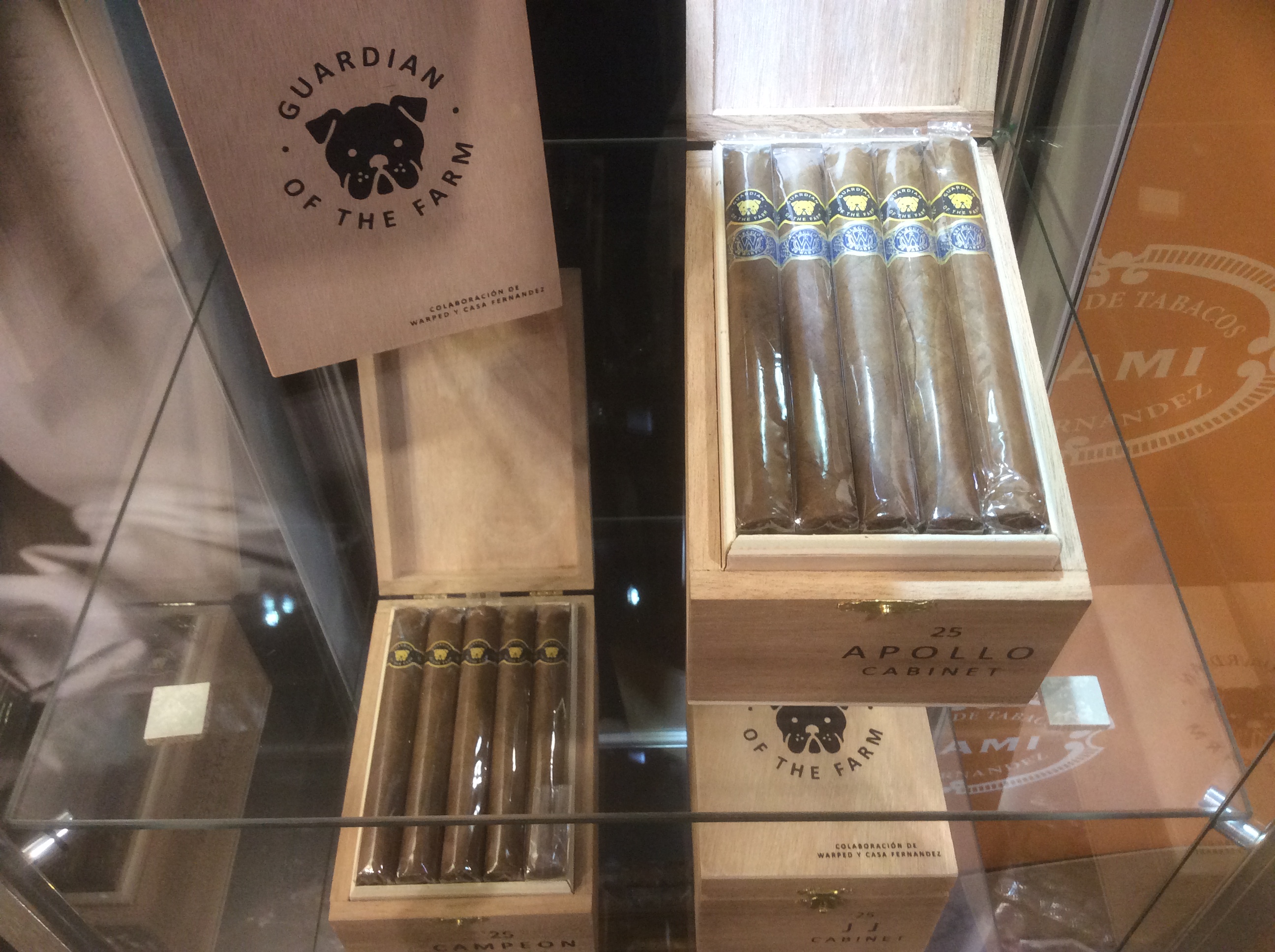 Casa Fernandez and Warped Cigars are teaming up once again for a new release. At the 2016 IPCPR Trade Show, the two companies showed off its second collaboration project called “Guardian of the Farm”.

The principals involved with the collaboration are Max Fernandez of Casa Fernandez and Warped Cigars’ owner Kyle Gellis. The line is a tribute to the guard dogs of the Aganorsa farms in Nicaragua that grow the tobacco used in blends used by both companies. In fact, each of the vitola names correspond to one of the dogs: Campeon (6 x 52 ), J.J. (5 1/4 x 50), and Apollo Seleccion de Warped (a 6 x 44 lonsdale). The Apollo Seleccion de Warped is described as more limited release. Each of the three sizes are packaged in 25 count boxes. 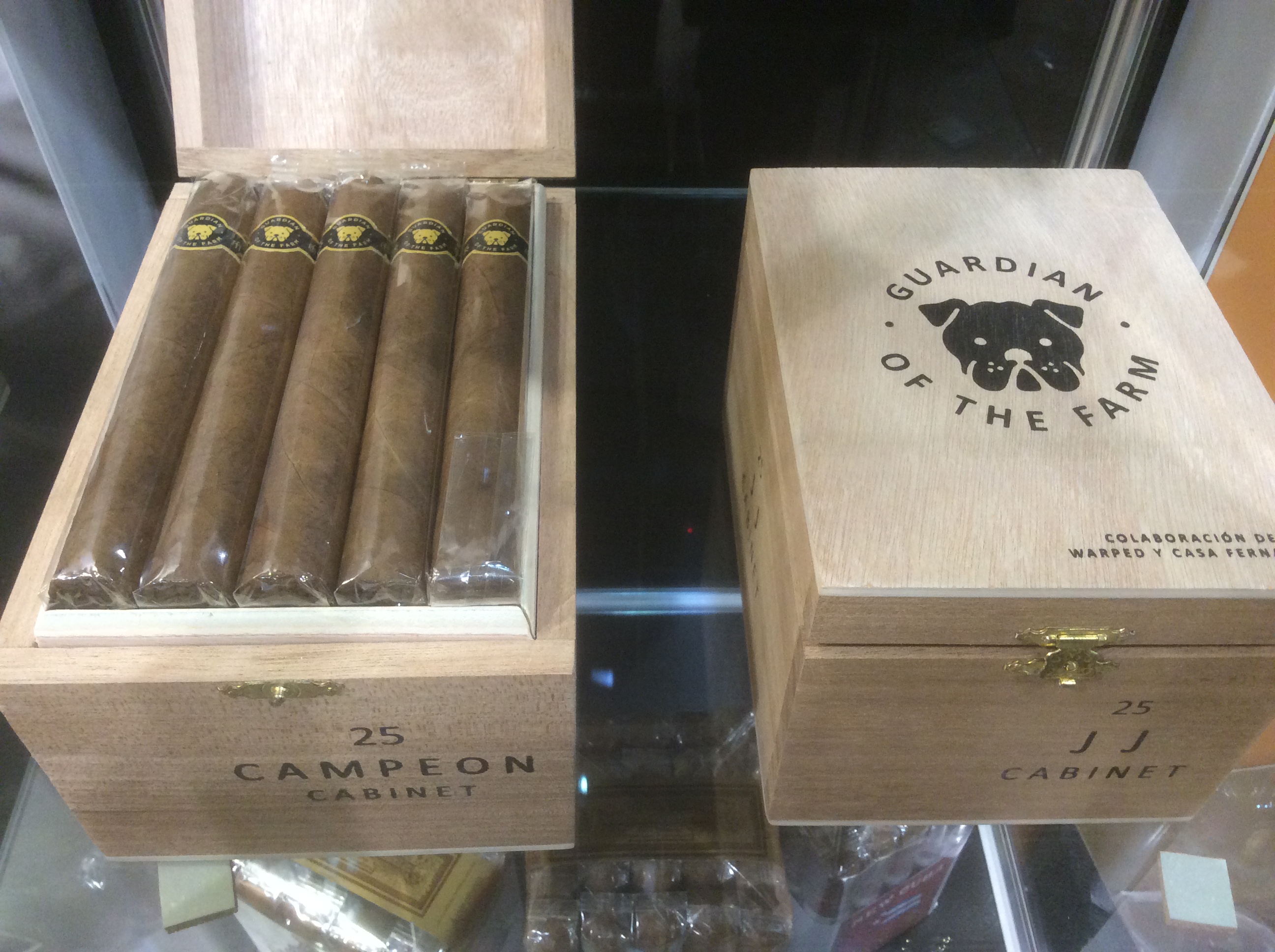 Guardian of the Farm is a 100% Nicaraguan puro featuring Aganorsa-grown tobacco. The cigar is produced at the Tabacos Valle de Jalapa S.A. (TABSA) factory in Esteli, Nicaragua. 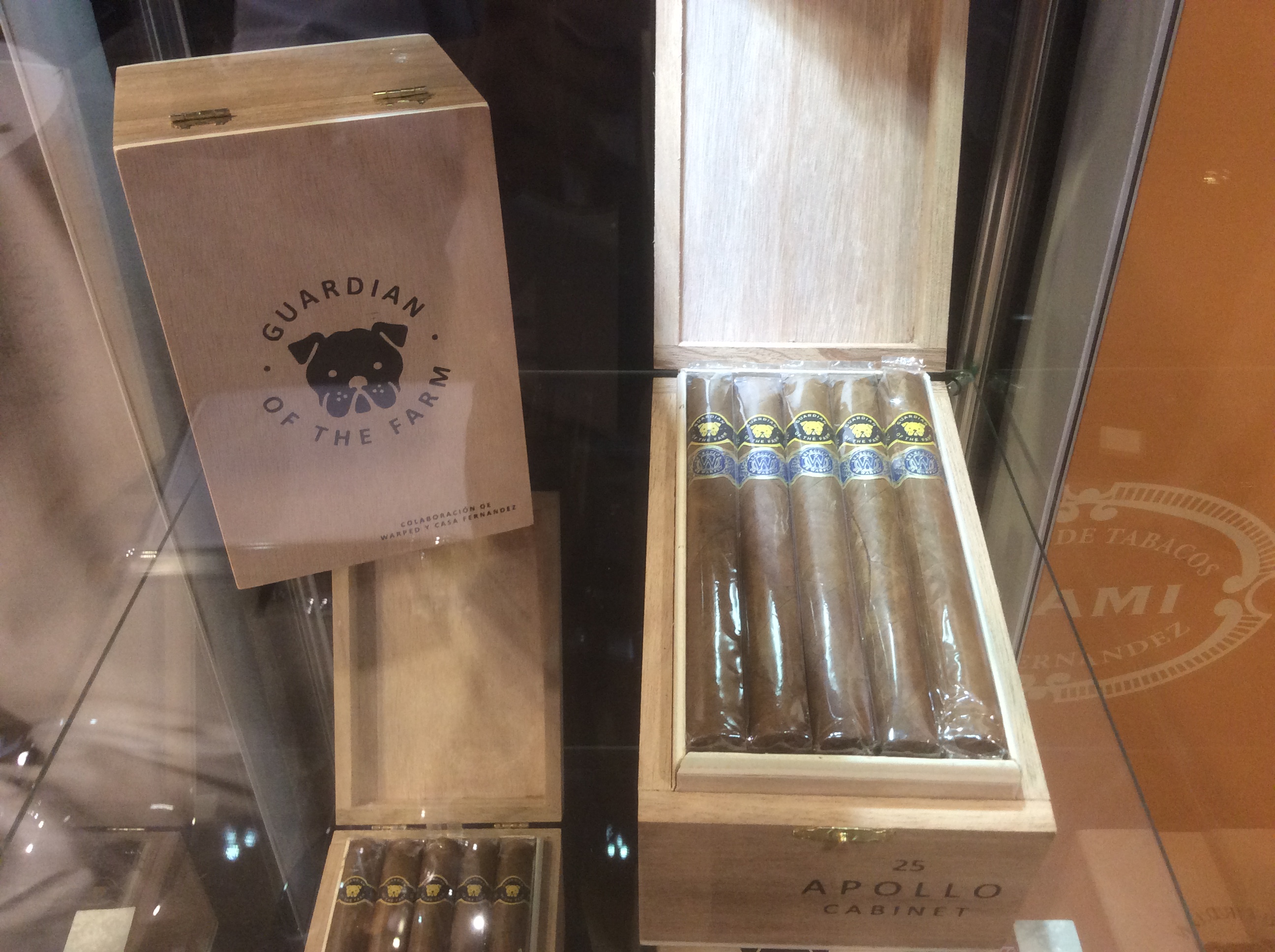 At a glance, here is a look at Guardian of the Farm: