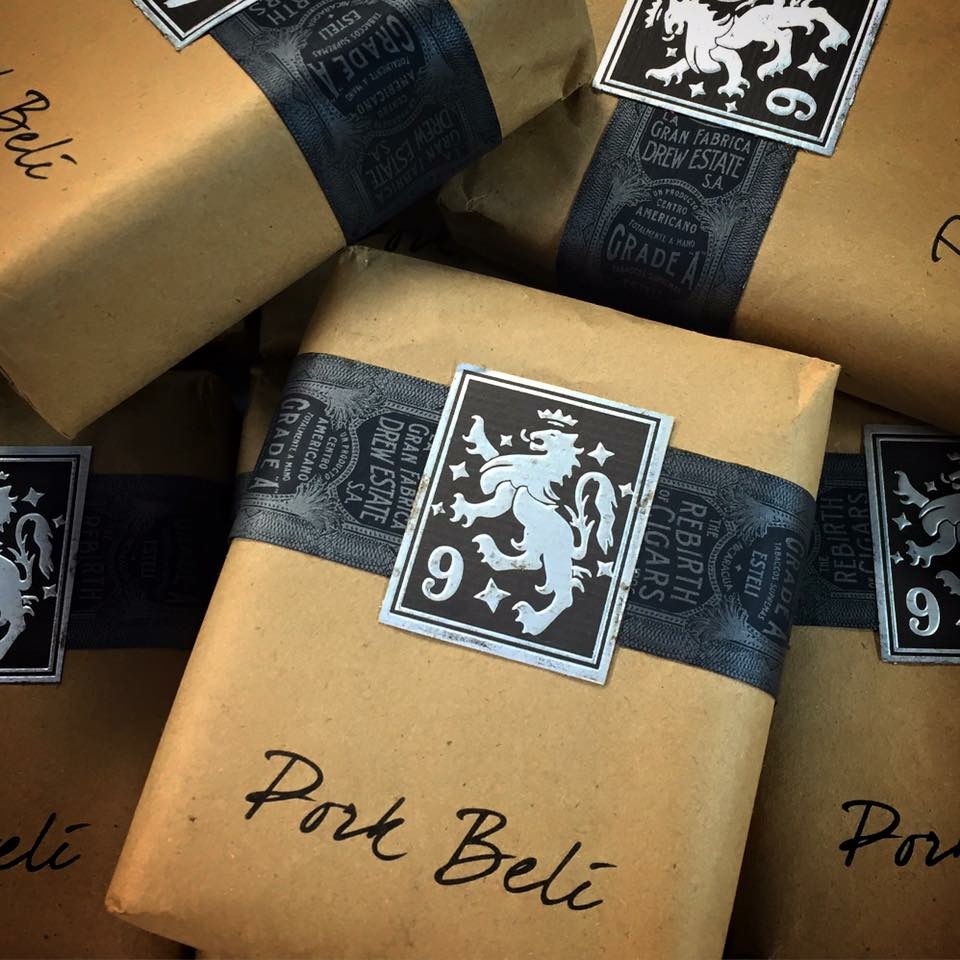 At Chicago’s Hyde Park Cigars, Drew Estate did a soft-launch of a new line extension of its Liga Privada No. 9 called Pork Beli. The Pork Beli introduces a 120mm (4.7 “) x 50 belicoso size into the Liga Privada No.9 blend.

The cigars were unveiled August 27th at Hyde Park Cigars, a Drew Diplomat retailer where Drew Estate co-founder was present for an event. According to a press release, attendees were limited to one cigar per person with a total of 100 cigars available for purchase. Drew Estate says the cigar will be formally released this Fall.

Pork Beli features a Connecticut Broadleaf wrapper, a Brazilian Mata Fina binder, and fillers from Honduras and Nicaragua. The cigars are packaged in 10 count soft packs. Hyde Park Cigars is also taking pre-orders for the cigar with pricing set at 278.82 (including tax).

Jonathan Drew commented, “I remember when I met Mike and Freddy the first time at a trade show in New Orleans, and how we wrote their biggest order of business with Drew Estate at the time. Hahaha, look at them now !!! They are one of the coolest Drew Diplomat Retailers in the nation, and truly understand our Rebirth of Cigars movement. When I noticed that the name of this special yearly release was “Pork Beli,” I called my dear friend Pete Johnson, and asked his permission for use of the name, as he already has a Pork Tenderloin and Chop. He was cool, as always, a class act.”

At a glance, here is a look at the Liga Privada No. 9 line: