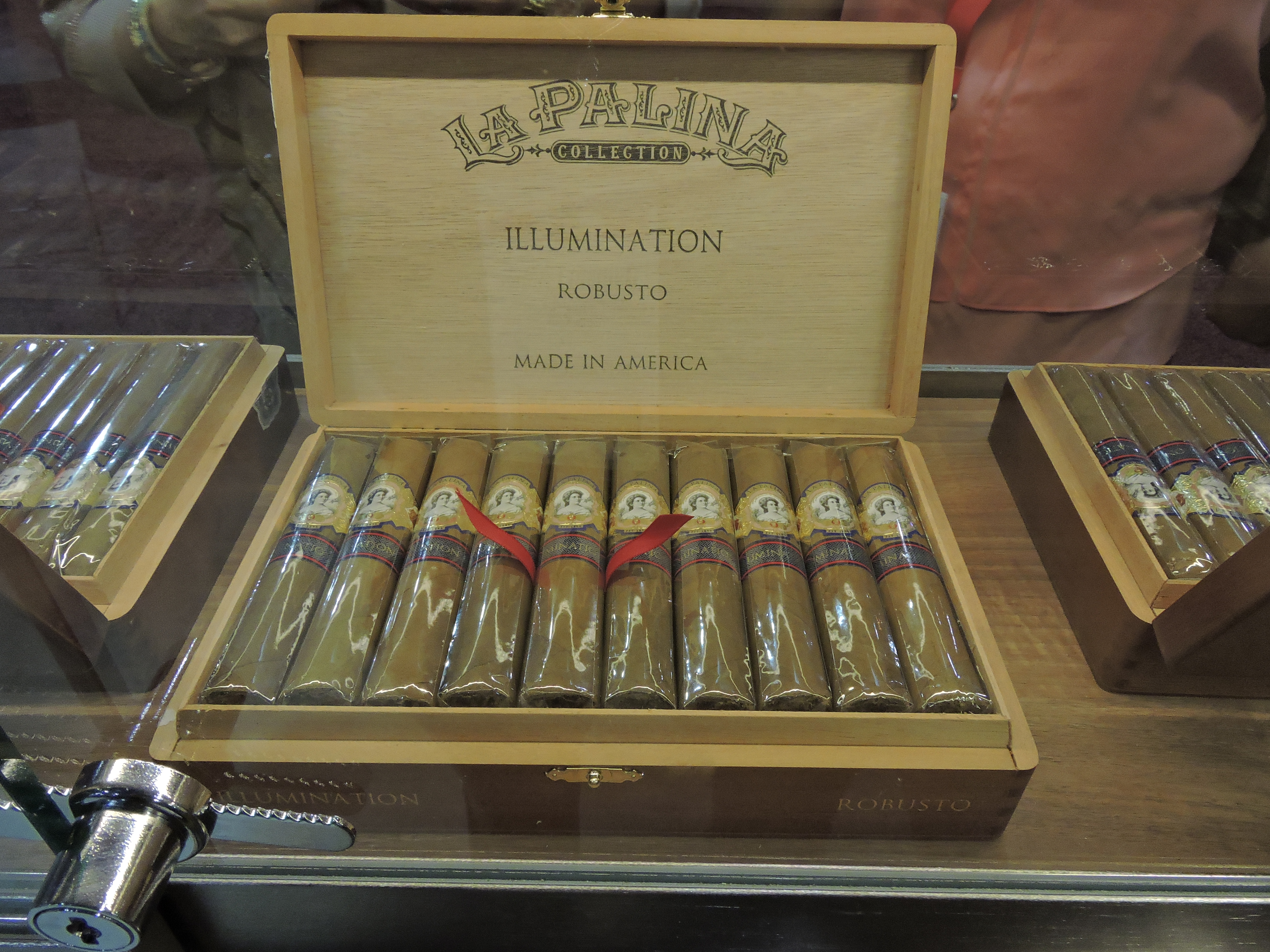 Illumination was described to us as “Goldie-like”. It has a similar blend composition to the Goldie as it incorporates an Ecuadorian wrapper, Ecuadorian binder, and a combination of Nicaraguan and Dominican filler. One big difference, the Illumination does not contain the high priming medio tiempo that the Goldie has. This is because the medio tiempo is in short supply. In place of the medio tiempo, a high priming ligero was used.

There are four sizes to the La Palina Illumination. Each come in 20 count boxes.

In an interesting twist, the Illumination is branded under the La Palina Collection line, a series typically used for its limited editions.

At a glance, here is a look at the La Palina Illumination: