Assessment Updates will be posted on this web-site to: 1) Assess “pre-review” cigars that were not given a rating or score (typically pre-release cigars); 2) Provide numeric ratings to cigars previously assessed prior to the implementation of the numeric scoring system; 3) Provide a re-assessment and re-score of previously assessed/score cigars. Today, we provide an assessment rating and score to the La Palina Mr. Sam in the Corona vitola. This was a cigar we originally assessed back in August, 2013 in the Short Robusto format. 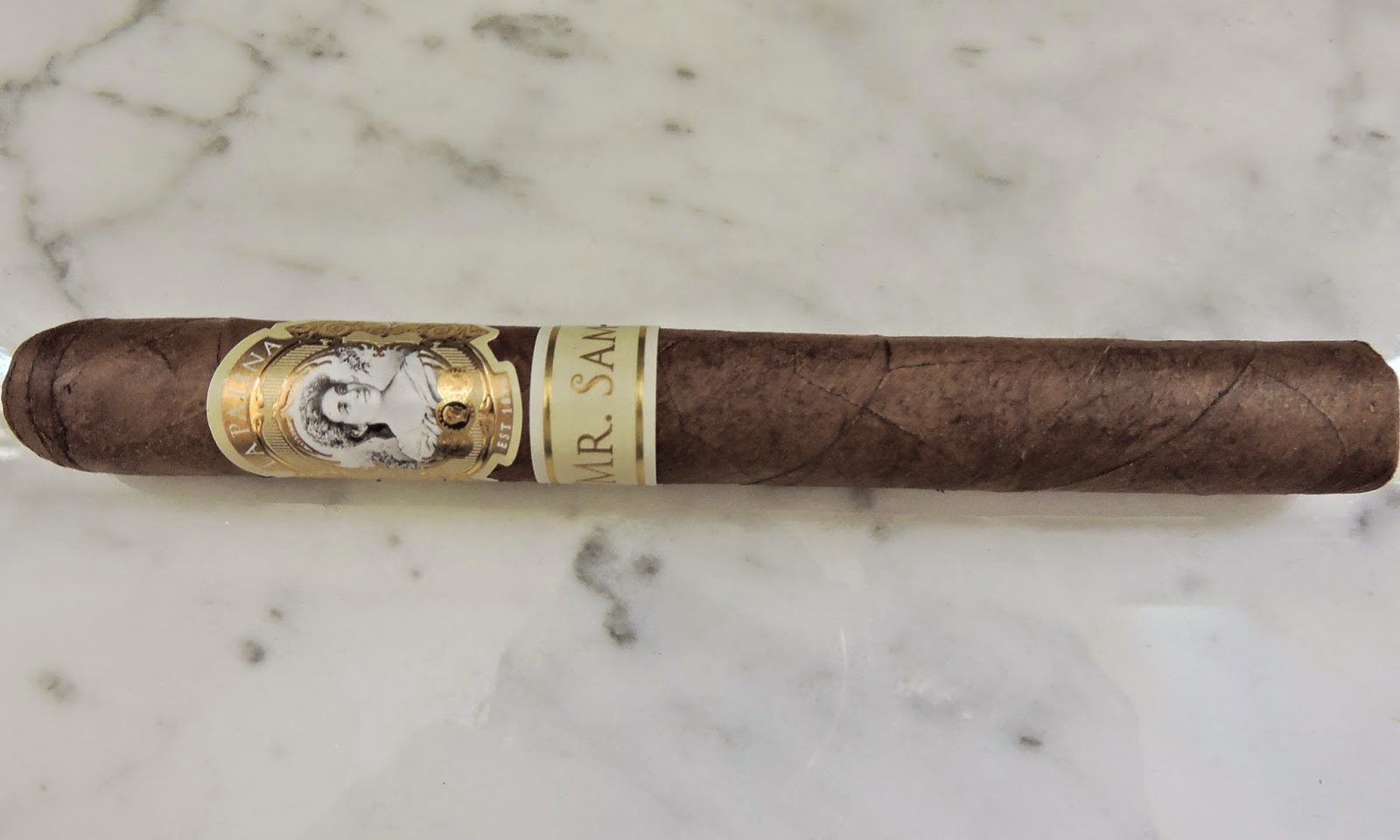 The La Palina Mr. Sam was the second installment in the La Palina Collection series.The La Palina Collection was introduced back in 2012.  The original concept is that each year a new limited edition cigar would come out in a different frontmark.  For the Mr. Sam, it the size was a 4 3/4 x 54 robusto.  Only 850 boxes of ten were produced.  While only a small run was done in 2013, it proved to be a successful cigar – including placing #27 on the Cigar Coop 2013 Cigar of the Year countdown.  In 2014,  Mr. Sam became a regular production offering with two additional sizes added to the line – a with a 6 x 50 Toro and a 5 1/2 x 42 Corona.  Today we take a look at one of the new sizes – the Mr. Sam Corona.

As with original 2013 limited production, the on-going production of the Mr. Sam line is made at El Titan de Bronze in Little Havana, Miami, Florida.

There aren’t going to be too many radical differences between the 2013 and 2014 versions of Mr. Sam.  Generally speaking the flavors are very similar with both Short Robustos.  The introduction of the new sizes isn’t going to radically deviate from the Short Robusto, but there are subtle differences.

The Mr. Sam Corona delivered notes of coffee, red pepper, natural tobacco, and nut.  I did find there was a little more spice up-front and on the back-end of this cigar.  In between, the one thing I found about the Corona to be much smoother than the Short Robusto.  Like the Short Robusto, I found the flavors to be full-bodied and the strength level was medium to full.  The burn and draw were excellent.

Overall, this was an excellent cigar.  I found this to be the best size in terms of flavor in the Mr. Sam line.