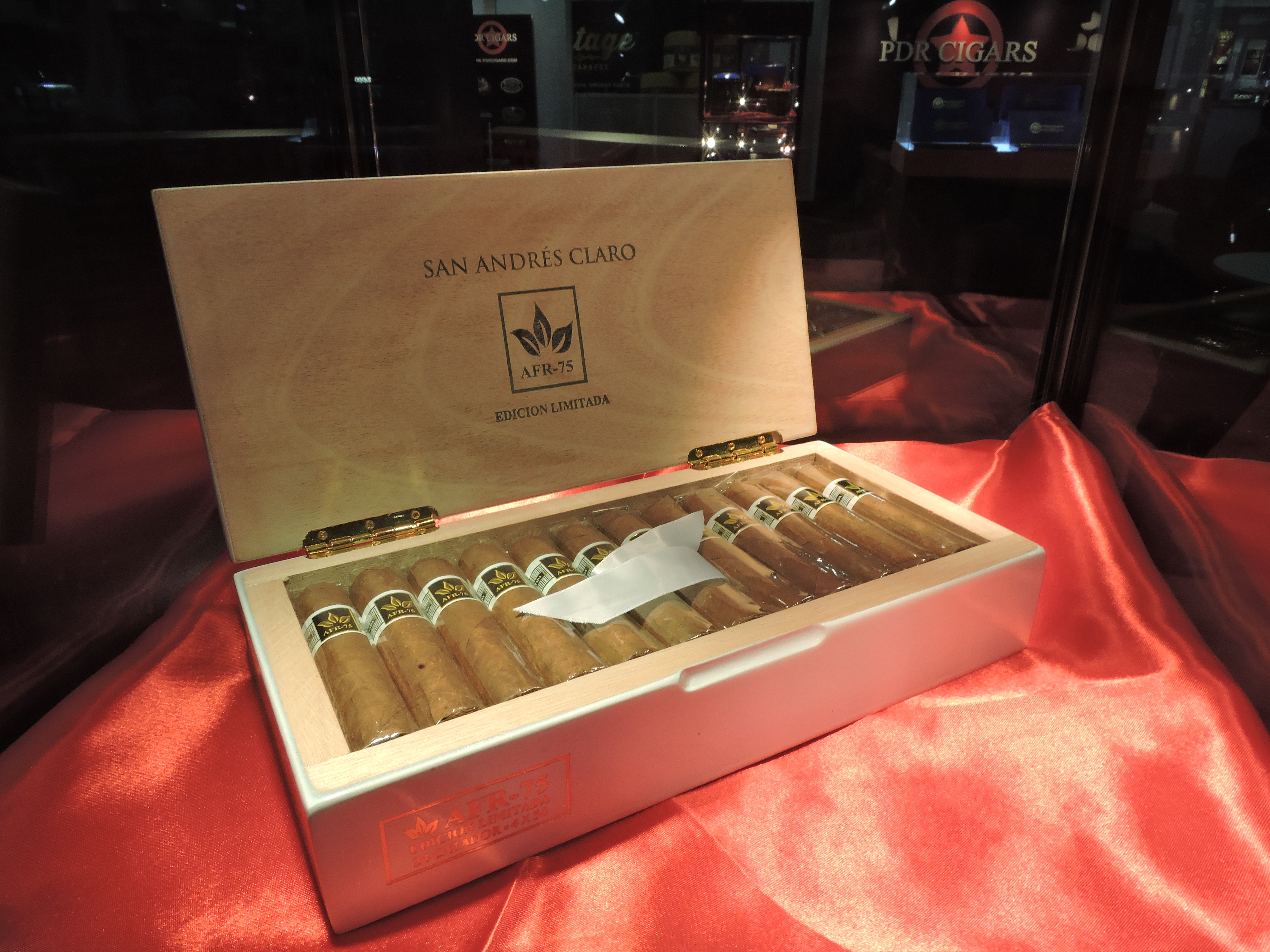 At the 2016 IPCPR Trade Show, PDR Cigars launched a second offering under its AFR-75 brand called the AFR-75 Claro. As the name indicates this cigar incorporates a Claro wrapper from San Andres Mexico.

The AFR-75 derives its name from the initials its PDR Cigars’ Owner and Master Blender, Abraham Flores Rosario as well as his year of birth (1975). The brand made its debut in 2013 utilizing a San Andres Maduro.

The cigars are packaged in 24 count boxes.

At a glance, here is a look at the AFR-75 Claro by PDR Cigars: