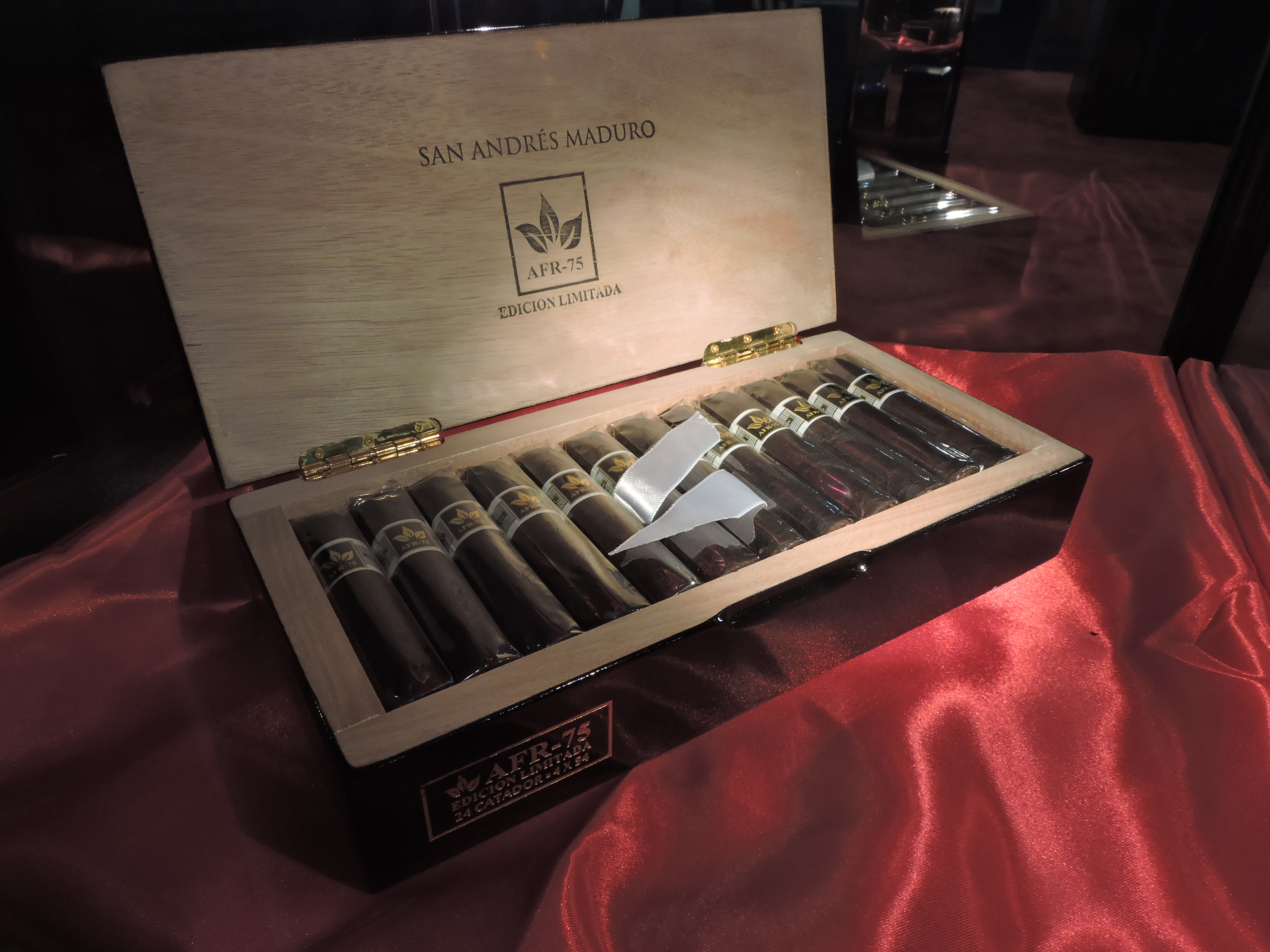 For the first time in three years, PDR Cigars’ AFR-75 Maduro line is receiving a line extension. At the 2016 IPCPR Trade Show, PDR Cigars introduced a new 4 x 54 vitola called Catador into the AFR-75 line. The Catador brings the total number of vitolas in the AFR-75 line to four.

The AFR-75 derives its name from the initials its Master Blender, Abraham Flores Rosario as well as his year of birth (1975). It is a limited production line that is also one of PDR Cigars’ more premium offerings. The blend features a San Andres Maduro wrapper over a Nicaraguan Criollo 98 binder. The filler is a three country blend of Dominican Habano, Connecticut Broadleaf, and Nicaraguan Criollo 98. Each of the three sizes has a pig-tail affixed to the cap.

In addition to the AFR-75 Maduro line, PDR Cigars also unveiled an all-new AFR-75 Claro line that features a San Andres Claro wrapper on it.

At a glance, here is a look at the AFR-75 Maduro line: