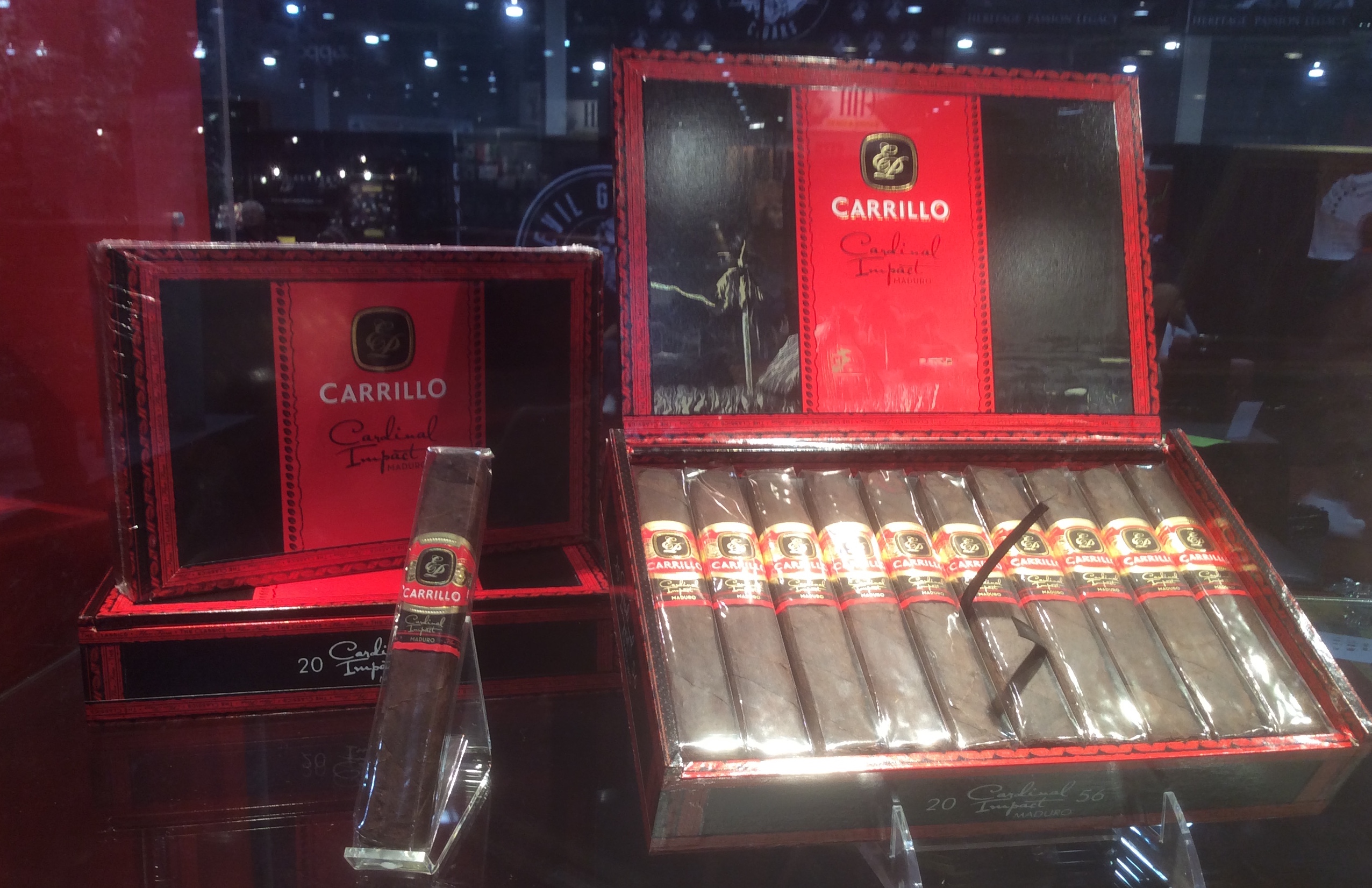 The line has been streamlined to three box-pressed sizes. Each is packaged in 20 count boxes. The box-press sizes replaced the rounded parejos that were a part of the original Cardinal Impact line.

At a glance, here is a look at the E.P. Carrillo Cardinal Impact.