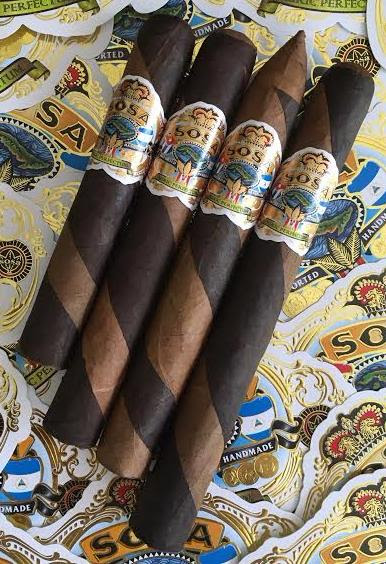 As with the regular Sosa Auric Perfectum line, the Spiced line is made at the Tabacalera Aroma de Jalapa, S.A. factory and incorporates tobacco from its farm. The cigar features a combination of Habano and Connecticut leaf that is dual-wrapped barber-pole style. The binder and filler consist of all Nicaraguan tobacco. The tobacco is then cured with four types of Bourbon whiskey: honey tea, cinnamon, cherry, and then standard bourbon whiskey. Pricing is $35.00 – $37.00 per five pack

Over the past year Antillian Cigar Company, the parent company of Sosa Cigars has released some other barber-pole offerings. Last year the company launched its Macabi USA Peppermint Stick. In addition, this week the company also launched the Sosa Underground Delphic Dual Wrapper.

At a glance, here is a look at the Sosa Auric Perfectum Spiced: