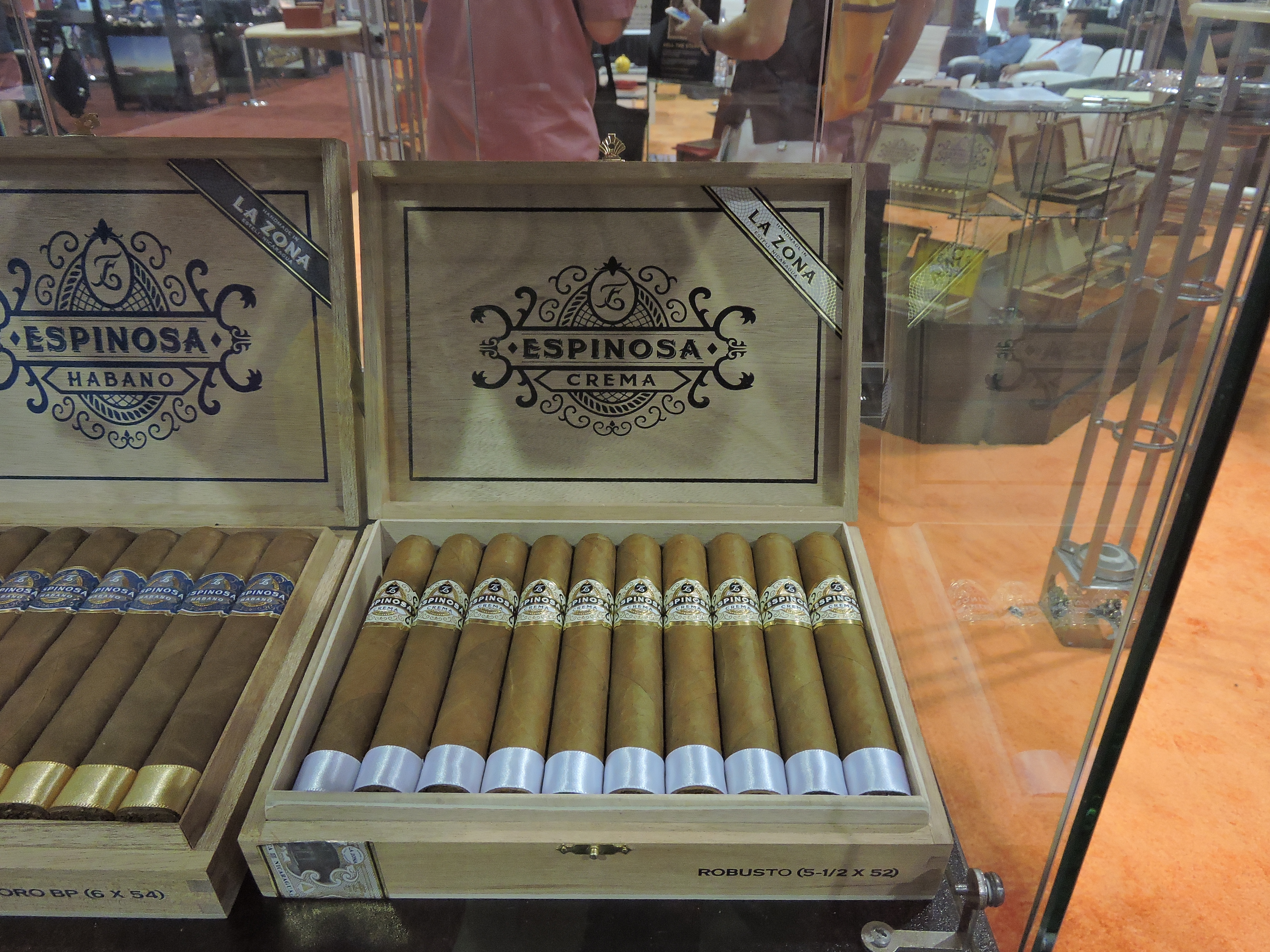 At the 2016 IPCPR Trade Show, Espinosa Cigars showcased its new Connecticut Shade offering, the Espinosa Crema. However it was following the trade show where there were a few surprises.

Made at the companys La Zona factory, the Espinosa Crema uses a Connecticut Shade wrapper from Ecuador over Nicaraguan binder and fillers.  It was originally announced in three sizes: Robusto (5 1/2 x 52), Toro Grande (6 x 56), and Churchill (7 x 48).

All six sizes in the line are packaged in 20 count boxes.