Code Duello adds both a 6 x 56 and a 5 x 58 perfecto to the Firethorn and Kudzu lines respectively. Both perfectos will have an annual limited production of 4,000 cigars. As with all Southern Draw Cigars, the Code Duello line extensions are produced at Tabacalera Fernandez in Esteli, Nicaragua. Southern Draw Cigars’ Chief Evangelist Robert Holt said that the blends are actually slightly different for the perfectos giving each a unique profile. The blends were described in a press release as follows: 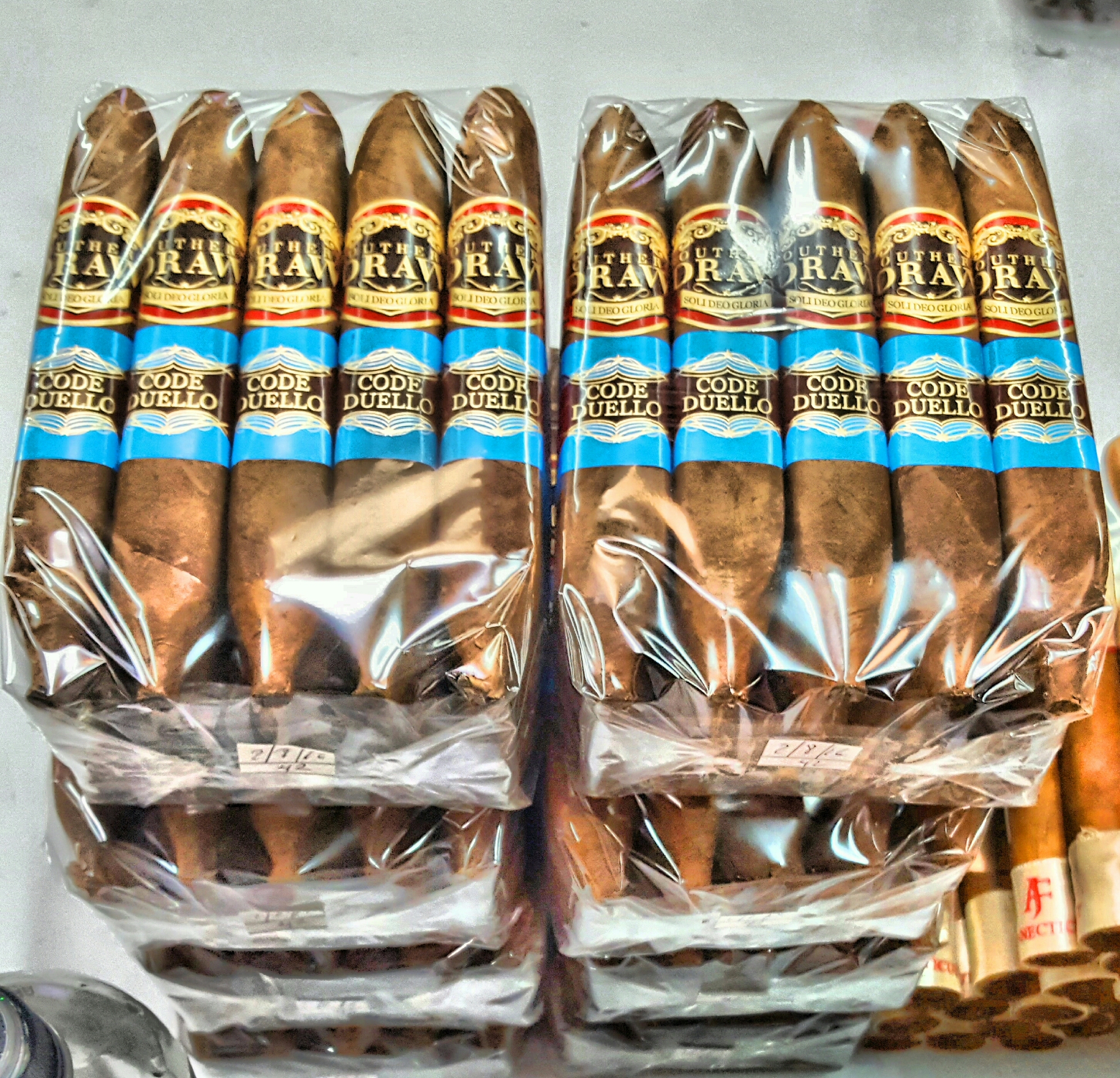 The name Code Duello is defined as a set of rules for one one one combat or a duel. The rules are designed to settle differences between families and social factions. As such, the perfectos come packaged in pairs. The Code Duello theme is a part of the packaging as the pair can be smoked by two people who can enjoy and discuss and settle any differences between the experience of the cigars in a “friendly duel” buy “settling things like gentlemen”. The company has outlined a set of “rules” by which this could be done.