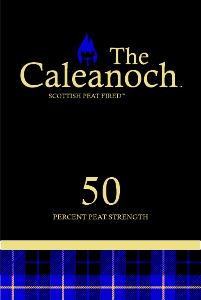 At the 2016 IPCPR Trade Show, Klin Tobacco unveiled the second installment of The Calenoach series – The Caleanoch 50.

The Caleanoch line made its debut in 2015. The goal of The Caleanoch was to bring together a cigar experience for the Scotch Whiskey enthusiast. To accomplish this, Klin Tobacco blended a cigar that incorporatess peat fire-cured tobacco into the blend. Peat fire-curing is an offshoot of traditional fire-curing tobacco. However instead of fire-curing with hardwood, peat is used in place of it. Peat firing is used on dry malted barley for Scotch Whiskey.

The remainder of the blend consists of an Ecuadorian Connecticut wrapper, a Dominican Corojo, and fillers that include Dominican Air-Cured tobacco along side the Dominican Peat-Fired Corojo. The cigar is available in one size – a 6 x 50 Toro and once again will be sold in canisters.

Klin Tobacco is also well-known for its other brand, Hammer + Sickle cigars.

At a glance, here is a look at the Caleanoch 50: