Agile Cigar Reviews replace what we termed “Assessment Updates”. The concept is the same, but the name is different. Agile Cigar Reviews use a lightweight, shorter format. These will never take the place of our comprehensive reviews. They are only used on blends we have previously assessed. This might be a blend we are re-scoring or providing a score for a first time. It might be a blend we are looking at in a different size. Today we look at the Debonaire Maduro Robusto. This is a cigar line we have previously done assessments with different sizes – most recently in the “33rd” size back in October, 2015. 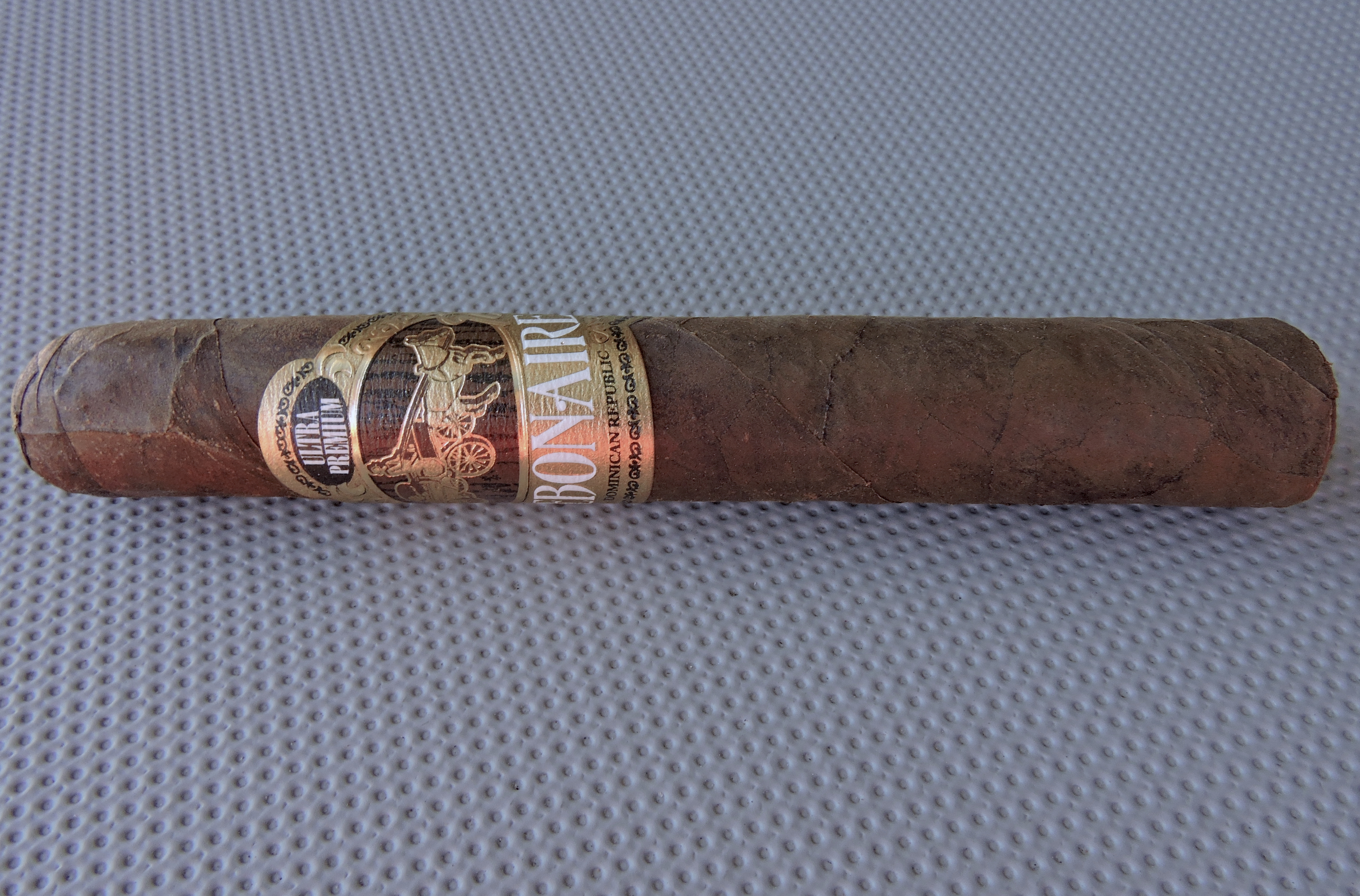 The Debonaire Maduro Robusto started out with a lot of sweetness early on – delivering a combination of chocolate and natural maduro sweetness. There also was an underlying white pepper note throughout the smoking experience. By the second half of the smoking experience, the sweetness diminished into the background. At the same time, a combination of earth and the signature Debonaire au-jus meaty flavors also surfaced. There also was an increase in the white pepper spice toward the end.

The Debonaire Maduro blend delivers a cigar on the bolder side and the Robusto size keeps to this profile. I found this cigar to start out medium to full in both strength and body. Both attributes increase in intensity and by the second half the strength and body were in full territory.

As mentioned, the Debonaire Maduro line has become one of the best Connecticut Broadleaf lines over the past few years. The Robusto size keeps to the high level of excellence. Since this a bolder cigar, I’d steer this to a more experienced cigar enthusiast. As for myself, this is certainly a box worthy cigar.

(*) Disclaimer: Debonaire Cigars is a sponsor of Cigar Coop / Stogie Geeks. Some cigars for this review were still purchased. For a list of retailers to purchase Debonaire, click here.