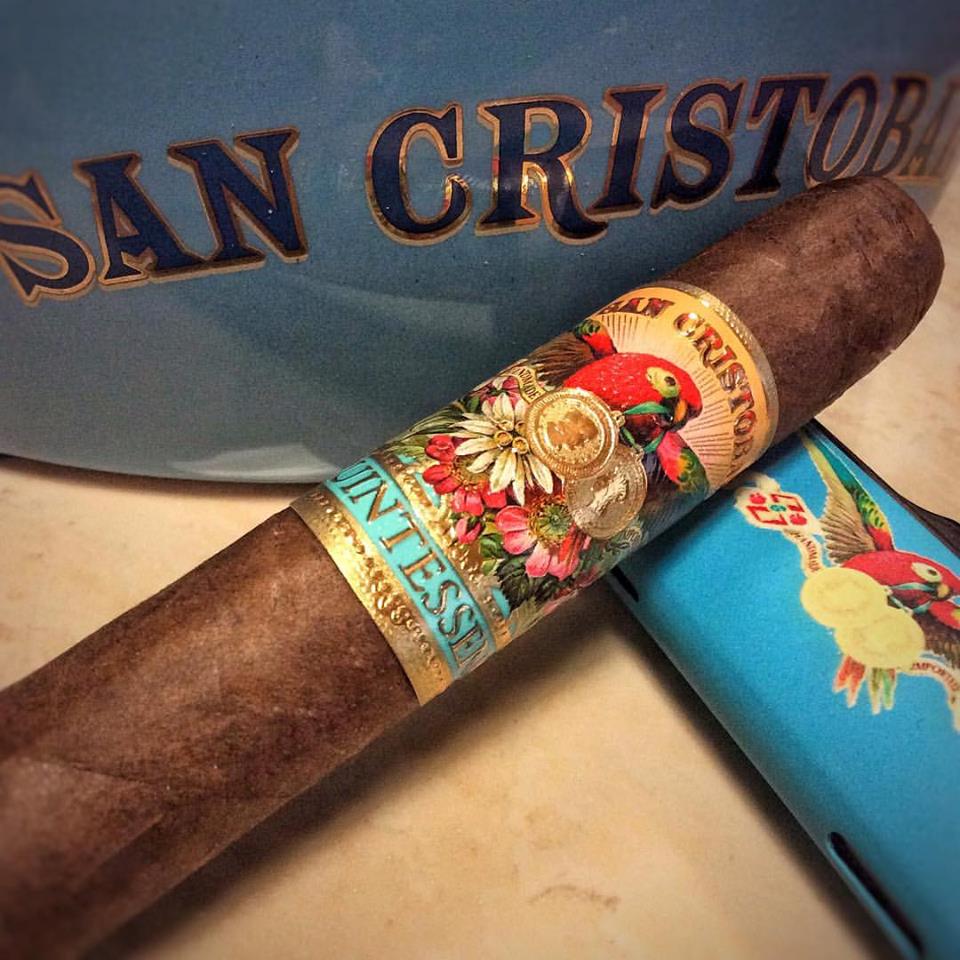 Ashton Cigar unveiled its fifth line under its San Cristobal brand,called the San Cristobal Quintessence. This cigar made its debut at the 2016 IPCPR Trade Show and now has begun to arrive at retail shops.

Like the other blends of the Ashton’s San Cristobal and La Aroma de Cuba brands, the San Cristobal Quintessence is produced at the My Father Cigars factory in Esteli, Nicaragua. This cigar is highlighted by Nicaraguan tobaccos grown on the family farms of Don “Pepin” Garcia. The cigar is being made available in four sizes packaged in 24 count boxes.

At a glance, here is a look at the San Cristobal Quintessence: