Agile Cigar Reviews replace what we termed “Assessment Updates”. The concept is the same, but the name is different. Agile Cigar Reviews use a lightweight, shorter format. These will never take the place of our comprehensive reviews. They are only used on blends we have previously assessed. This might be a blend we are re-scoring or providing a score for a first time. It might be a blend we are looking at in a different size. Today we look at the Southern Draw Firethorn Pome Lancero. This is a cigar line we have previously assessed in the Robusto size back in February, 2015. 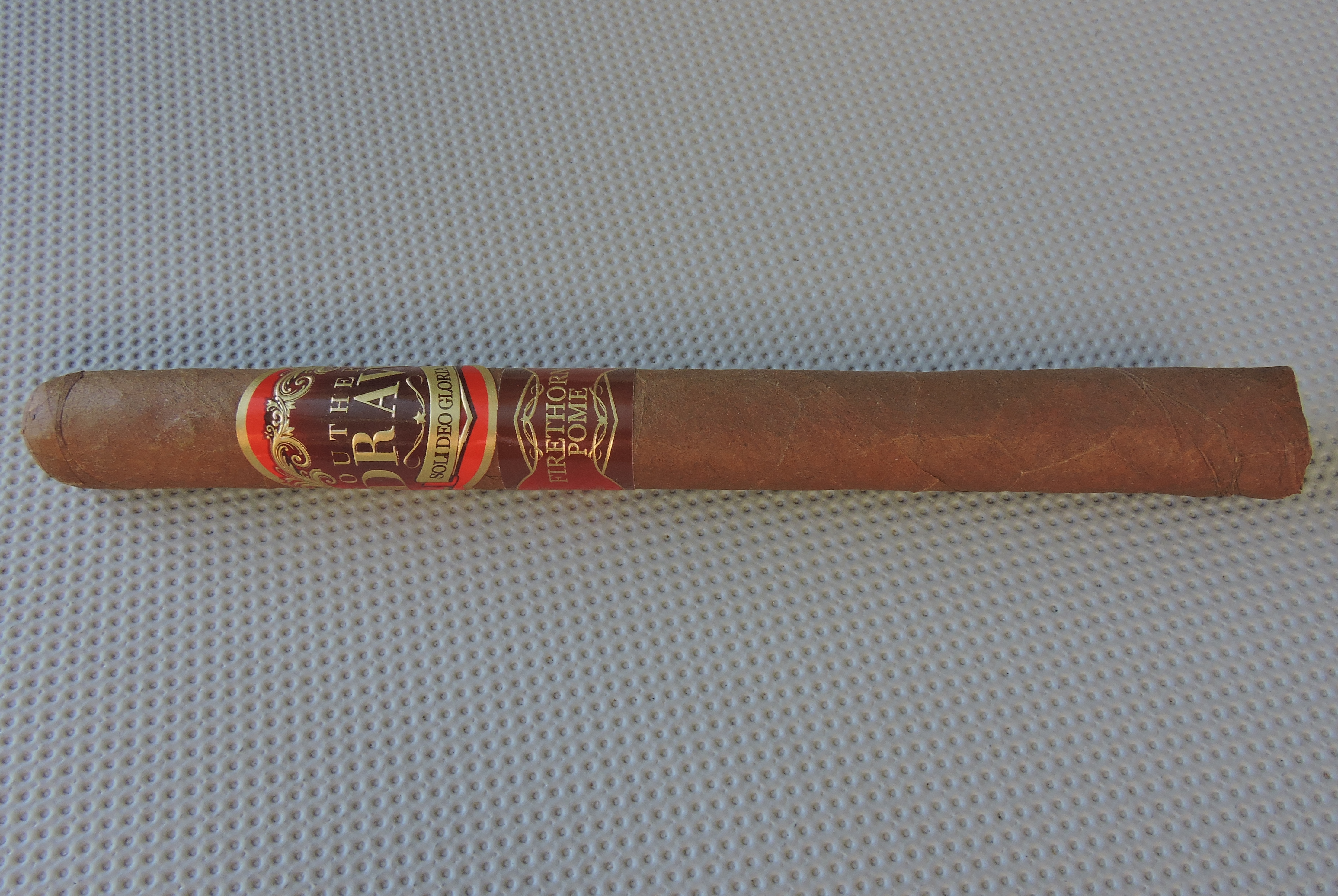 To produce its lines, Southern Draw has teamed up with Tabacalera Fernandez in Esteli, Nicaragua – the operation run by A.J. Fernandez. The Firethorn is Southern Draw’s Habano Rosado wrapper offering. The blend also incorporates a San Andres binder from Mexico and Nicaraguan fillers. The new Pome Lancero is a shorter Lancero offering – coming in at 6 1/2 x 40.

The Pome Lancero keeps many of the characteristics as some of the other sizes of the Southern Draw Firethorn blend. This cigar delivered a nice sweetness with a combination of fruit and baker’s spice with a touch of caramel and toast. While this might sound like a dessert, there is a wonderful underlying tobacco component to these flavors. As the cigar experienced progresses, there are more woody and black pepper notes that surface.

I found the Pome Lancero to deliver more in the way of strength and body than some of the other sizes as well. The Pome Lancero started out medium strength and progressed to medium to full in the second half. Meanwhile the cigar started out medium to full-bodied and by the second half, this cigar was in full-bodied territory. The burn and draw were both excellent.

Overall I found the Southern Draw Firethorn Pome Lancero to be a great offering. It easily qualifies as the “belle of the ball” as the best size in the blend. While this is a cigar that I’d recommend to an experienced cigar enthusiast, it’s a great cigar for a novice to move to something on the fuller side. As for myself, this is easily a box worthy purchase.