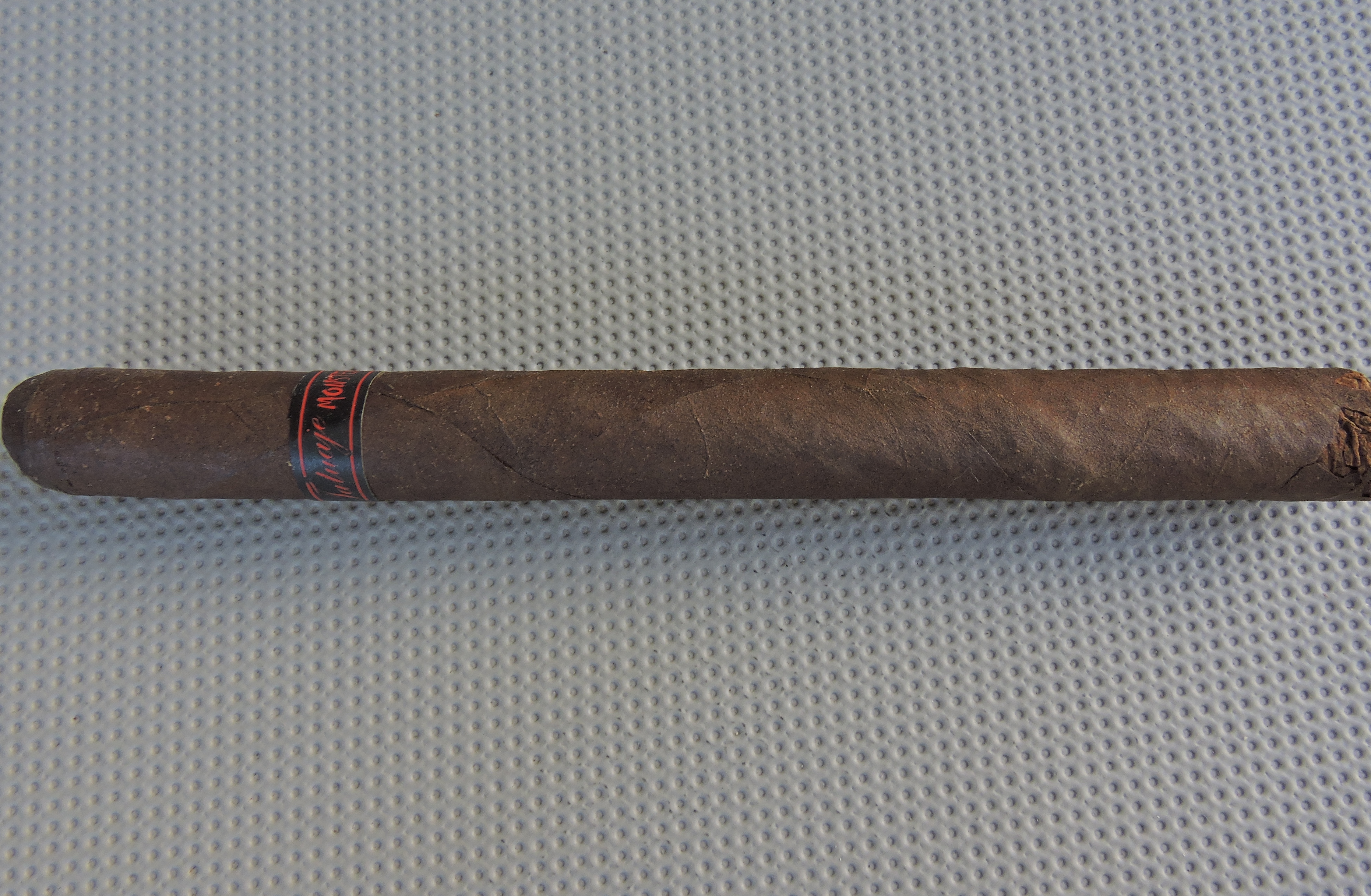 The Tatuaje Drac is one of five blends that is included in each of the six Monster series collections. The other four are: Frank, Face, Wolf, and Mummy. The recently announced Tatuaje – The Krueger  has only been made available in a full Monster size.

Without further ado, let’s break down the Tatuaje Skinny Drac and see what this cigar brings to the table.

The Skinny Drac uses the same blend as the original Tatuaje – The Drac.  As with just about all Tatuaje Cigars these are made by the Garcia family of My Father Cigars. The Drac blend along with the Chuck blend are the two Monsters blend that use an Ecuadorian Habano wrapper, but with the case of the Drac it is a maduro.

With the new Cazadores and Lancero line extensions, it brings the total number of vitolas using the Drac blend to six.

As mentioned, in addition to being a part of the Skinny Monsters sampler, the Skinny Drac has also been made available in 25 count boxes:

The Ecuadorian Habano Maduro wrapper of the Skinny Drac has a dark chocolate color to it. There is a light coating of oil on the surface. There were some thin visible veins and thin wrapper seams. Overall I found the Skinny Drac to have one of the smoother wrappers among the ten installments of the Skinny Monsters.

There is one big change with the Skinny Drac compared to the previous other vitolas released in this blend. It is the first one that is not a torpedo as this one is a rounded petite lancero.

The band of the Tatuaje Skinny Drac features red font on a black background. To the left of the “Tatuaje” scripting is the text “SKINNY” in the a gothic style red font. To the right of the scripting” it says “MONSTERS” – also in red font. To the far right is a red Tatuaje “Tattoo” stamp. The band is finished with a red pinstripe across the top and bottom.

Prior to lighting up the Tatuaje Skinny Drac, I clipped the cap with a straight cut and commenced with the pre-light draw. The dry draw delivered a mix of chocolate, earth, and a slight cedar note. Overall I considered the pre-light draw experience of this cigar to be satisfactory. At this point I was ready to light up the Tatuaje Skinny Drac and move on to the smoking phase.

The Tatuaje Skinny Drac kicked off with some notes of black pepper, earth, chocolate, and a slight maduro sweetness (a cross of natural tobacco and some cherry notes). Early on the chocolate notes moved into the forefront. Meanwhile the pepper, earth, and maduro sweetness took to the background. I also picked up an additional layer of assorted pepper spices on the retro-hale.

By the midway point, the maduro sweetness took over as the primary note with the chocolate receding into the background. The pepper spices started to increase in intensity and changed from a black pepper note to more of a potpourri of pepper spices. During the last third, the pepper was now a close secondary note. The earth notes were also present. This is the way the flavor profile of the Skinny Drac held until the end. The resulting nub was cool in temperature and had a slight softness on the touch.

Overall the Tatuaje Skinny Drac had a low maintenance burn. The cigar maintained both a straight burn path and had a straight burn line from start to finish. This was a cigar that didn’t require an excessive amount of touch-ups. The resulting ash was firm with a mostly light gray in color. Meanwhile the Skinny Drac maintained an ideal burn rate and ideal burn temperature. 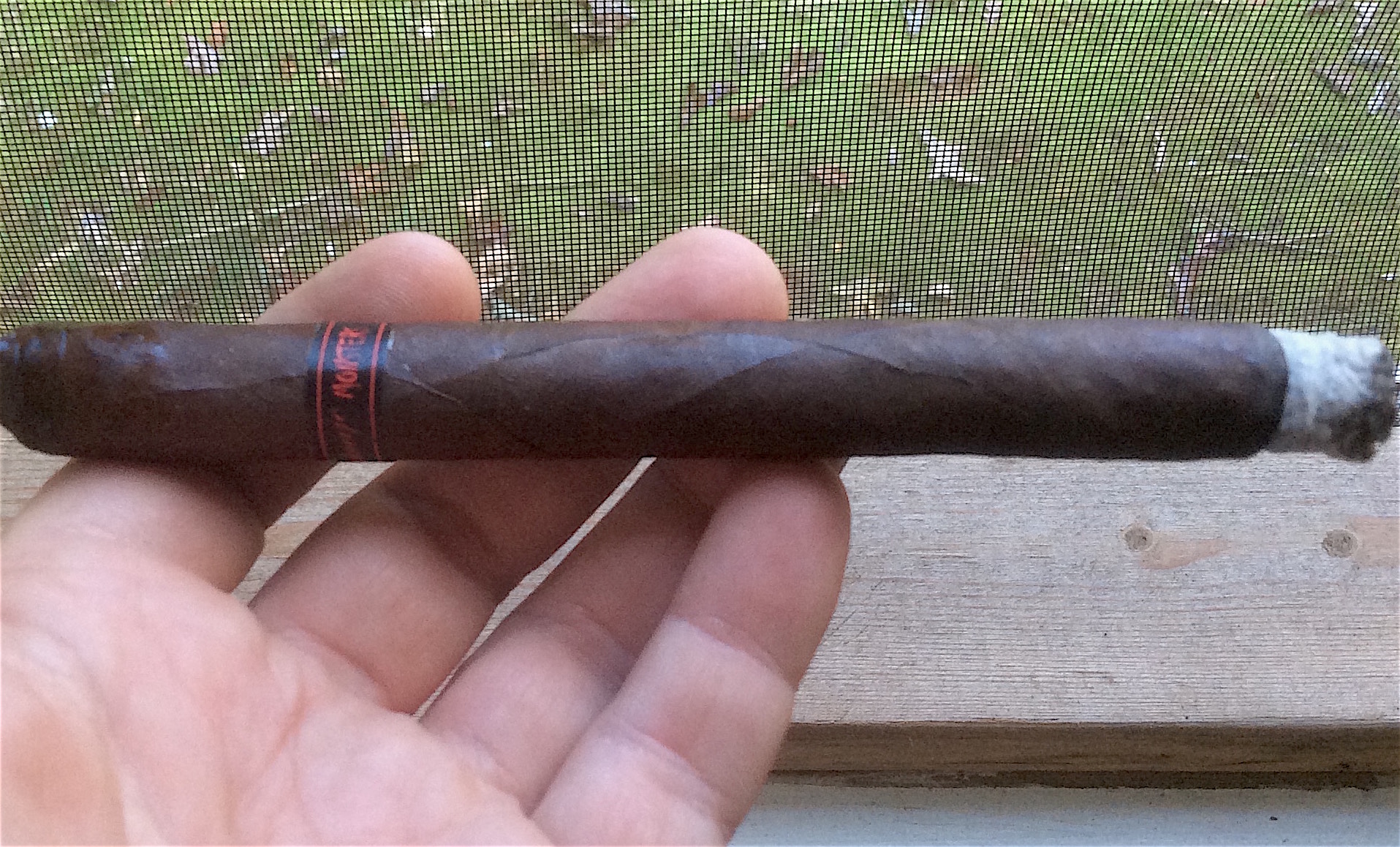 Burn of the Tatuaje Skinny Drac

The draw of the Tatuaje Skinny Drac also scored nice. This was a draw that was not too tight, nor was it too loose. This was a low maintenance cigar to derive flavor from.

I was a little surprised, but I found the Skinny Drac to be a little more dialed back than its sibling Lil Drac and Pudgy Drac counterparts. I assessed the Skinny Drac as a medium strength, medium-bodied cigar from start to finish. There was a slight increase in intensity of strength and body, but overall the cigar still kept its medium profile. In terms of strength versus body, I found both attributes maintained an equilibrium with neither attribute overshadowing the other.

Back when I smoked the Lil Drac and Pudgy Drac, I commented on how those vitolas demonstrated some very un-Nicaraguan tobacco qualities despite the fact that this blend has a binder and filler from Nicaragua. With the Skinny Drac, while I found some overlap with the notes produced from its sibling vitolas,  but found this cigar had more of a classic Nicaraguan profile. That being said, this is a good cigar, but as I said upfront, it’s not a cigar I’d put in the upper echelon of the Monsters Series. It’s still a cigar I’d recommend to either the novice or experienced cigar enthusiast. As for myself, I’d still smoke this again – and it’s worthy of purchasing a fiver.