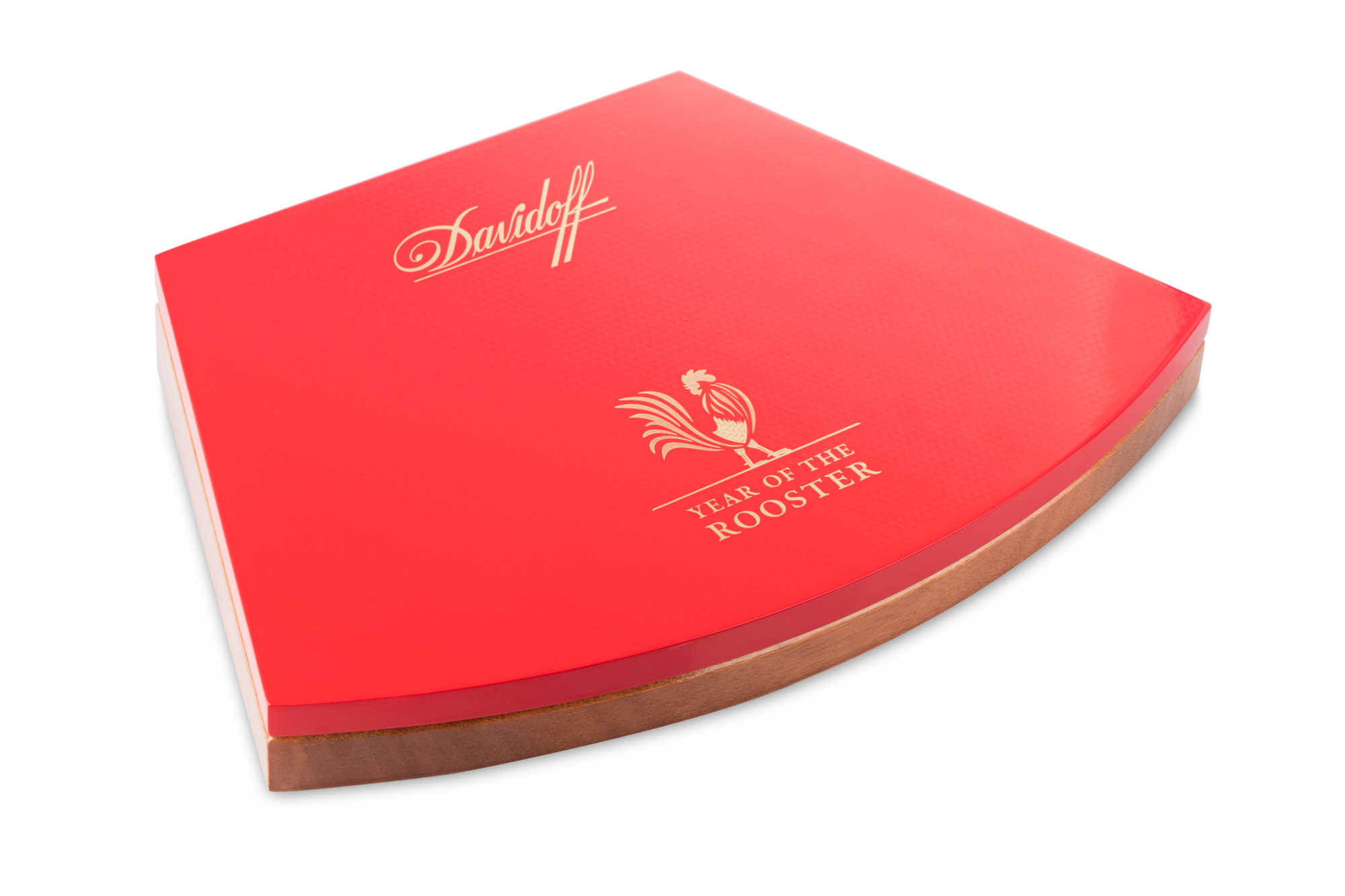 Each installment of the series has had a unique blend and vitola. The Year of the Rooster blend consists of a Habano Ecuador wrapper over Dominican binder and filler. The size selected is a 6 3/4 x 50 diadema, the first in the series. 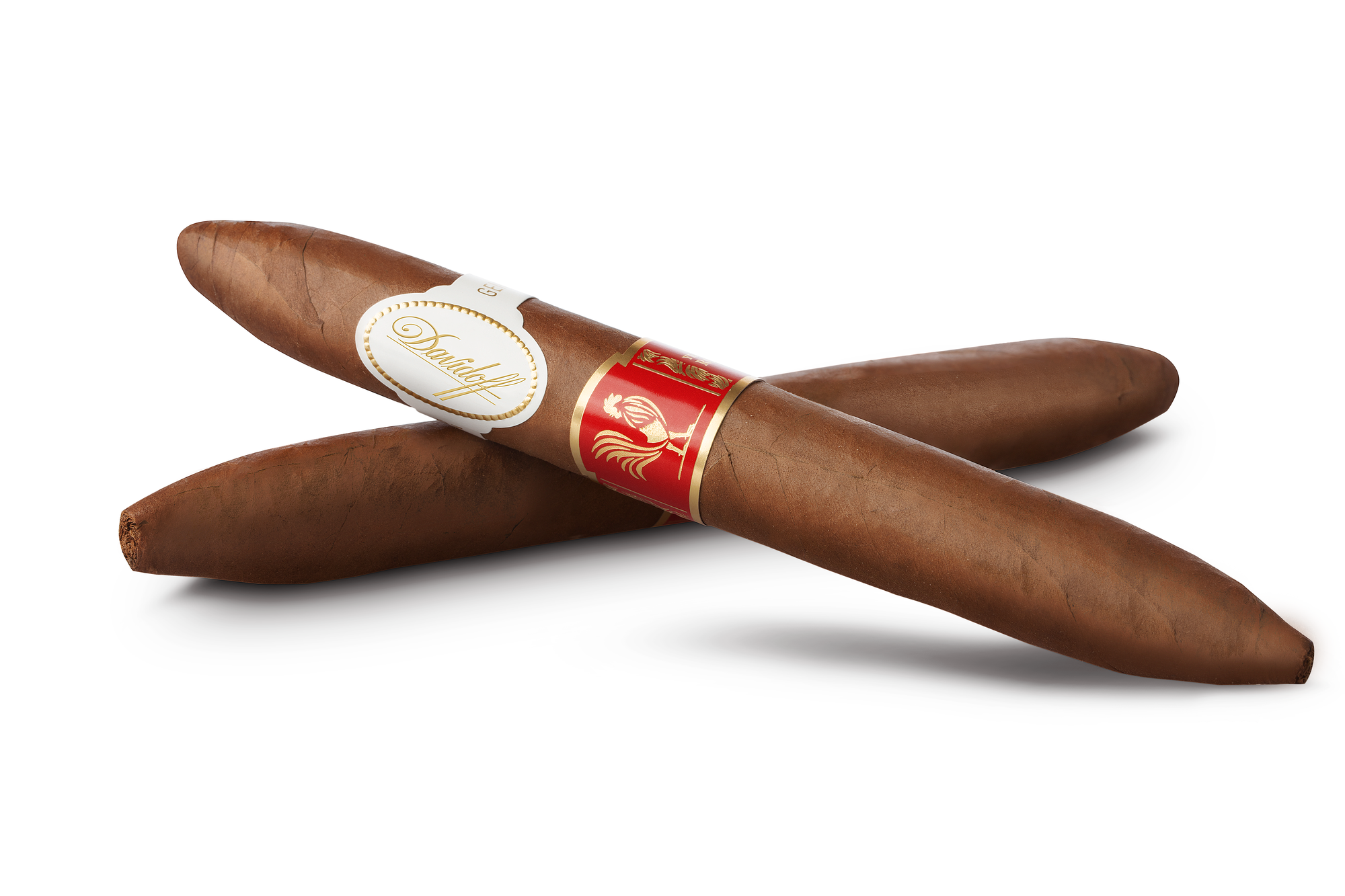 Packaging-wise, Year of the Rooster is presented in 10 count red lacquered wood boxes. The box has a fan shaped representing the feathers of the Rooster’s plumage. Each box has five wood components housing a pair of Year of Rooster Cigars. A total of 8,000 boxes have been produced. Pricing will be $400.00 per box or $40.00 per cigar. 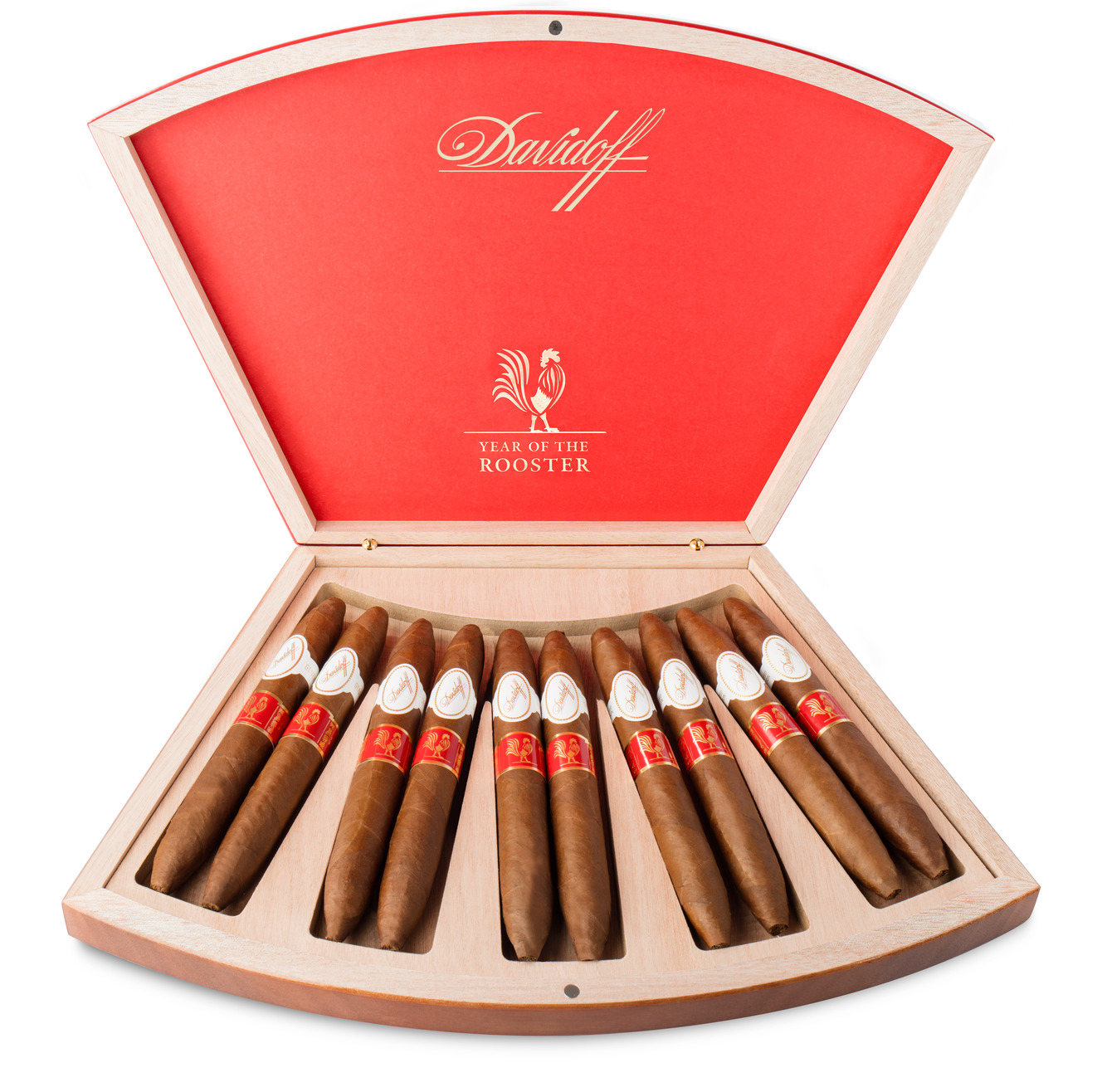 “Who better to herald in the dawn of a New Year than the Rooster? Just as the Rooster’s call awakens us, so will this limited edition cigar awaken our senses. First, visually, from the moment the lush, shiny red box is opened to reveal the magnificent dark brown gold-ringed cigars, and then through its exceptional taste and lush aromas. This cigar represents the best of Davidoff and, like the Rooster’s key traits of loyalty and friendship, it promises to deliver a cherished memorable moment of Time Beautifully Filled,” commented Charles Awad, Senior Vice President for Marketing & Innovation at Oettinger Davidoff AG in a press release explaining the significance of the release.

While Davidoff Year of the Rooster has had a limited introduction, it will have a wider distribution to U.S. Davidoff Appointed Merchants in mid November, with an international release in January, 2017.