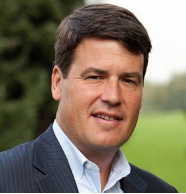 Dan Carr, best known for his tenure at General Cigar Company as its President is returning to the tobacco industry. Today, ITG Brands, a subsidiary of Imperial Tobacco Group named Carr its new President.

ITG Brands LLC is a U.S. subsidiary that technically is the third largest tobacco company in the U.S. It focuses on cigarette, electronic cigarette, and machine made cigars. From a cigar standpoint, it produces machine made products such as Dutch Masters, Backwoods, and Phillies. It offers cigarette brands include Winston, Kool, Salem, Maverick, and USA Gold as well as blu eCigs electronic cigarettes. Parent company Imperial  Tobacco Group also owns Tabacalera USA, the U.S.  premium cigar division of Imperial which includes Altadis USA.

Carr will have responsibilities for ITG Brand’s sales, marketing, and operations functions. In his new role, he will report to ITG Brand Chief Executive Officer David Taylor.

In addition, Carr has also served on various boards including 15 years with the Cigar Association of America where he was a two-term chairman. He also has ten years as a board member for the Tobacco Merchants Association.

“Dan has aligned teams of varying sizes and has done so multiple times in the tobacco industry,” commented Taylor in a press release. “He understands distribution channels, regulatory challenges and the different levers that can be pulled to drive growth. He recognizes what it takes to drive a U.S. business in collaboration with a global strategy.”