Agile Cigar Reviews replace what we termed “Assessment Updates”. The concept is the same, but the name is different. Agile Cigar Reviews use a lightweight, shorter format. These will never take the place of our comprehensive reviews. They are only used on blends we have previously assessed. This might be a blend we are re-scoring or providing a score for a first time. It might be a blend we are looking at in a different size. Today we take another look at the E.P. Carrillo 5th Anniversary. This is a cigar we have previously assessed back in October, 2014. 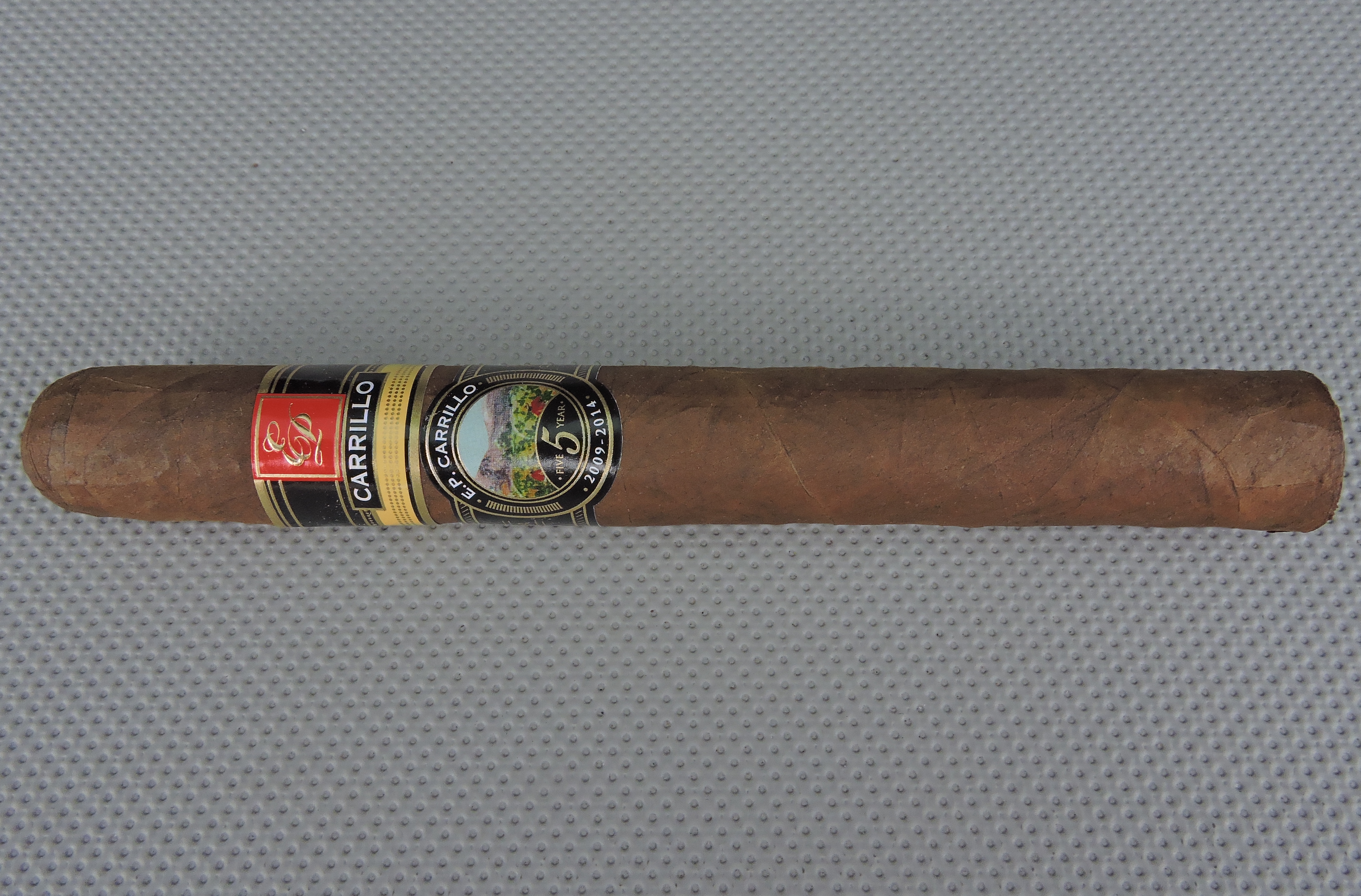 Back in 2009, Ernesto Perez-Carrillo Jr. departed General Cigar to form his own company known as EPC Cigar Company. In 2014, EPC celebrated five years in the cigar business and released a special cigar to commemorate the milestone – the E.P. Carrillo 5 Year Anniversary. Almost every year since 2010, EPC has chosen the Fall Season to release a special “Edicion Limitada” offering – a special one and one cigar. In 2014, EPC opted to release the 5 Year Anniversary in place of an “Edicion Limitada” offering.

The blend features an Ecuadorian Sumatra wrapper – a wrapper that is pretty much synonymous with master blender Ernesto Perez-Carrillo. The blend also has an Ecuadorian Corojo ’99 binder and an all-Nicaraguan filler.Perhaps the biggest surprise with this blend is that it doesn’t contain Dominican tobacco. The E.P. Carrillo 5 Year Anniversary comes one size – a 6 1/2 x 54 offering that the company refers to as a “Double Robusto”.

Overall, I still found the E.P. Carrillo 5 Year Anniversary to be an excellent offering. The one difference is this cigar lost a little bit of its smoothness that it had when it first came out, but it’s still a cigar that was enjoyable flavor wise. It’s a cigar that I probably would steer toward a more experienced cigar enthusiast. As for myself, it’s a cigar that I would smoke again. At $8.50 per cigar, this is easily a box worthy cigar.