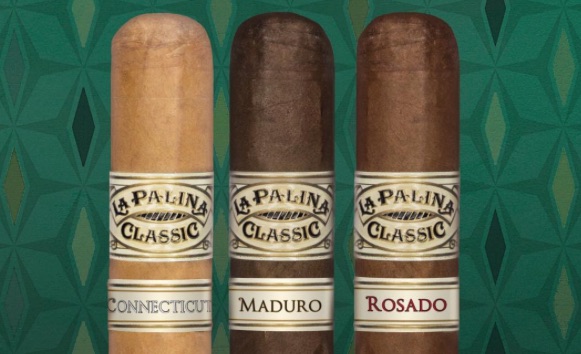 The new La Palina Classic Connecticut will feature an Ecuadorian Connecticut Seed wrapper over a Dominican binder and a combination of Dominican and Nicaraguan filler. The cigars are being initially offered in three sizes: Robusto (5 x 52), Toro (6 1/4 x 50), and Churchill (7 x 48).

Finally, the La Palina Classic Maduro uses a Honduran wrapper and Honduran binder over a combination of Honduran, Nicaraguan, and Dominican fillers. It will be initially offered in three sizes: Robusto (5 x 52), Toro (6 1/4 x 50), and Gordo (6 x 60).

Each of the three offerings will be packaged in 20 count boxes.