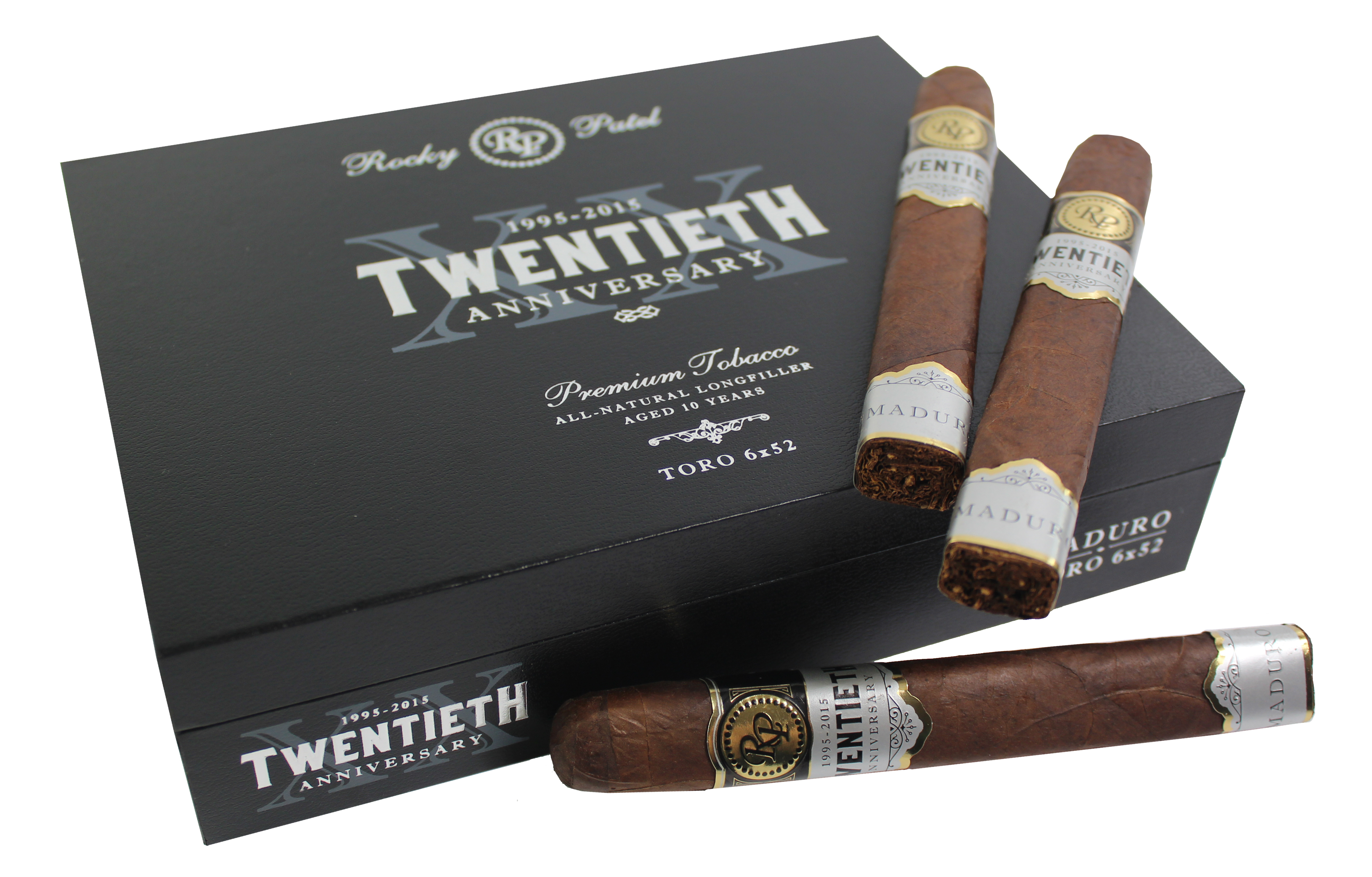 It took a couple of extra years, but Rocky Patel Premium Cigar’s Twentieth Anniversary Maduro has finally made it to market. The company has begun shipping the cigar to retailers this month.

Two years ago, when the Rocky Patel Twentieth Anniversary was released, the plan was originally for it to be released in both a Natural and Maduro offering. However company president and CEO Rocky Patel felt the Maduro wrapper needed further aging, so a decision was made to defer the launch of the Twentieth Anniversary Maduro and go with the Natural.
“I wasn’t fully satisfied with the Maduro blend,” explained Rocky Patel, company president and CEO. “The flavor was there, but it needed more age to really achieve greatness. And we’ve done it before, keeping cigars in our aging room for another year or two until they’re perfect.”

The Rocky Patel Twentieth Anniversary Maduro features a dark wrapper from the Jamastran Valley in Honduras. The Honduran binder and Nicaraguan and Honduran fillers are identical to the Natural offering. The cigars are produced at the El Paraiso factory in Danli, Honduras.

At a glance here is a look at the Rocky Patel Twentieth Anniversary Maduro: