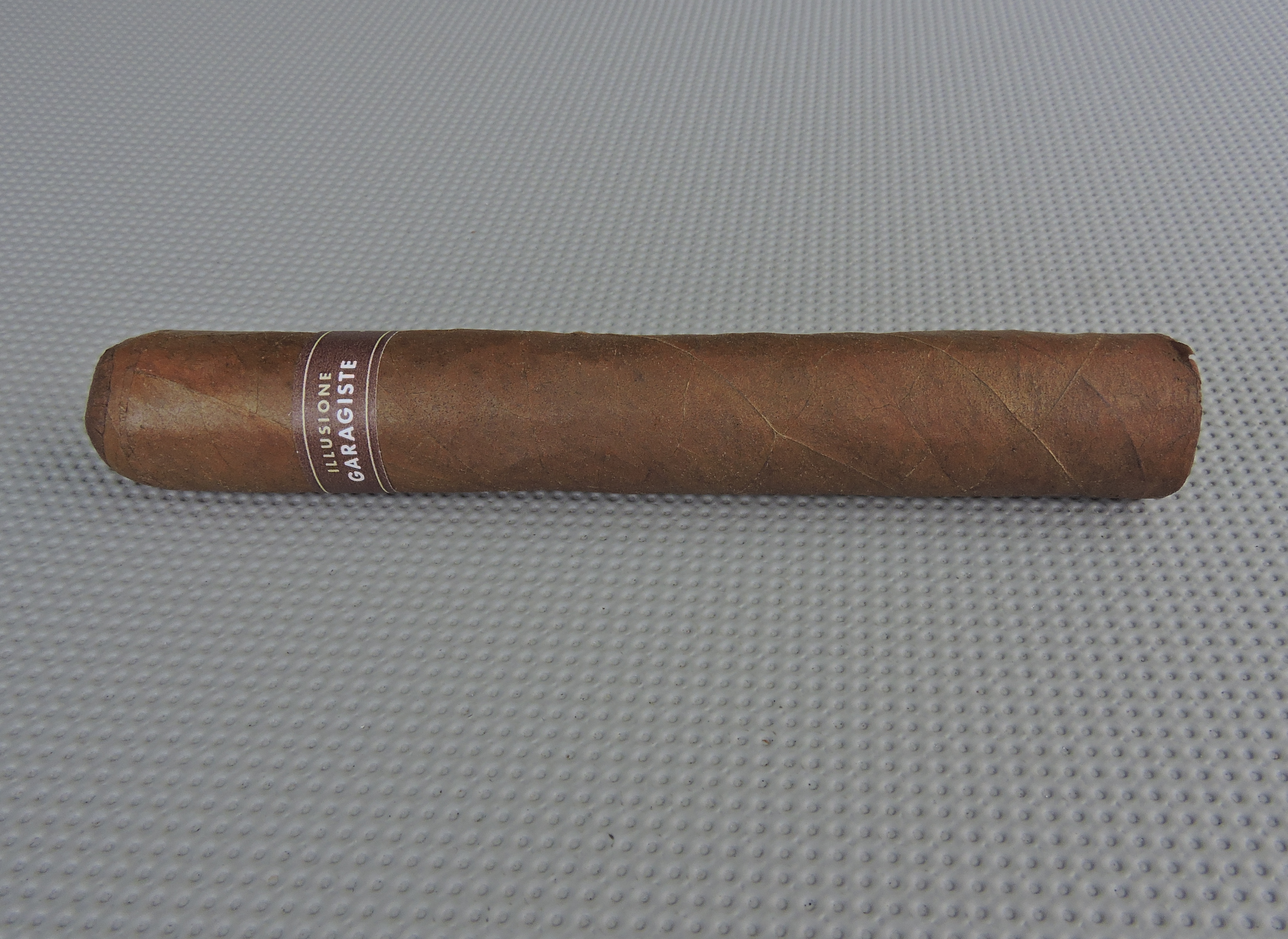 The Illusione Garagiste is a new offering that made its debut at the 2016 IPCPR Trade Show. The Garagiste was part of a major product expansion by Dion Giolito’s Illusione brand. In terms of the cigar name, it has ties to the wine industry. A Garagiste refers to a group of winemakers who are somewhat considered renegades. In a way, the Garagiste is a little bit of a renegade blend for Illusione as it incorporates an Ecuadorian Habano wrapper – the first Illusione cigar to use such a blend. Recently I’ve had an opportunity to smoke the Illusione Garagiste in the Robusto size. Overall I found this “renegade” foray into Ecuadorian Habano to be a big positive for Giolito as the Garagiste Robusto is an excellent release.

Giolito has also recently celebrated his ten years with his Illusione brand (and released the Haut 10 as a cigar to commemorate that milestone). During the past decade, Giolito has partnered with Casa Fernandez to handle production for his cigars. Over the years, Casa Fernandez’s production has focused primarily working with three wrappers with two of them being Nicaraguan Corojo and Nicaraguan Criollo grown on their Aganorsa farms. The third wrapper is a sourced San Andres wrapper used for maduros. Last year, Casa Fernandez unveiled several cigars with Ecuadorian Habano and Ecuadorian Connecticut wrappers. Giolito has followed suit – utilizing the Habano for Garagiste and Connecticut Shade for  Illusione Rothchildes CT and Gigantes CT releases.

Without further ado, let’s take a closer look at the Illusione Garagiste Robusto and see what this cigar brings to the table.

In addition to the Ecuadorian Habano wrapper, the blend focuses on two tobaccos – Viso Corojo and Viso Criollo from a specific farm in the Aganorsa fields. The cigar is produced at Casa Fernandez’s TABSA factory in Esteli, Nicaragua.

The Illusione Garagiste is available in four sizes – each packaged in 20 count boxes.. 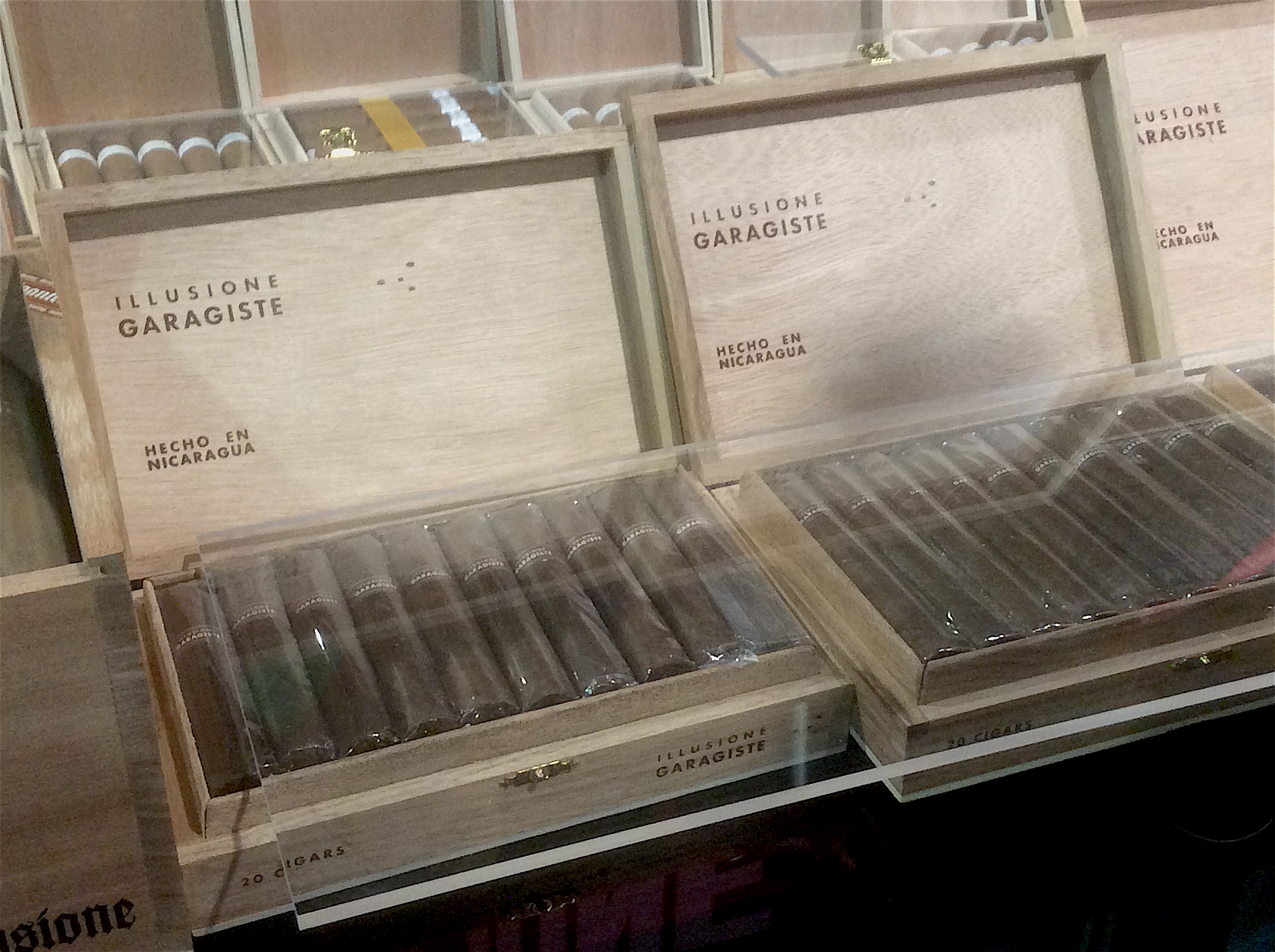 The band is a new design for Illusione, but it keeps to a simpler design approach that has been a staple of for Illusione products.The band also is a medium to brown color to it and features a white pinstripe across both the top and bottom. All of the font is white in color. The text “ILLUSIONE GARAGISTE” is on the center of the band. The left side of the band has the text “MADE IN NICARAGUA” while the right side has the Garagiste logo.

As I typically do, I commenced my cigar experience by using a straight cut to remove the cap of the Illusione Garagiste Robusto. Once the cap was clipped, I moved on to the pre-light draw stage. The cold draw delivered a mix of natural tobacco, subtle raisin notes, and wood. Overall I considered the pre-light draw of the cigar to be satisfactory. At this point I was ready to light up the Illusione Garagiste and see what the smoking phase would have in store.

The start to the Illusione Garagiste Robusto delivered a mix of raisin and earth notes. There were also some natural tobacco and wood notes in the background. I picked up a slight white pepper bite on the tongue as well. A lot of times, I feel raisin can be a sign of a young cigar, but with the Garagiste Robusto, this was not the case as there was a nice sweetness present.

During the second third, the earth notes moved into the forefront. The raisin sweetness diminished and joined the natural tobacco in the background. I also found a slight increase in the pepper spice as well.

The flavor profile of the Illusione Garagiste Robusto remained similar in the last third as the previous third. The earth notes were still primary and now the pepper was a close secondary note. The sweetness from the raisin and natural tobacco remained on the subtle side. When the Garagiste Robusto came to a close, the resulting nub was firm to the touch and cool in temperature.

From a burn standpoint, the Illusione Garagiste Robusto scored quite well. The cigar maintained a straight burn path from start to finish and never was in danger of tunneling and canoeing. There was a little jaggedness on the actual burn line, but this was more cosmetic as opposed to problematic. The resulting ash was not he firm side and had a nice salt and pepper color to it. Meanwhile the burn rate and burn temperature were ideal. 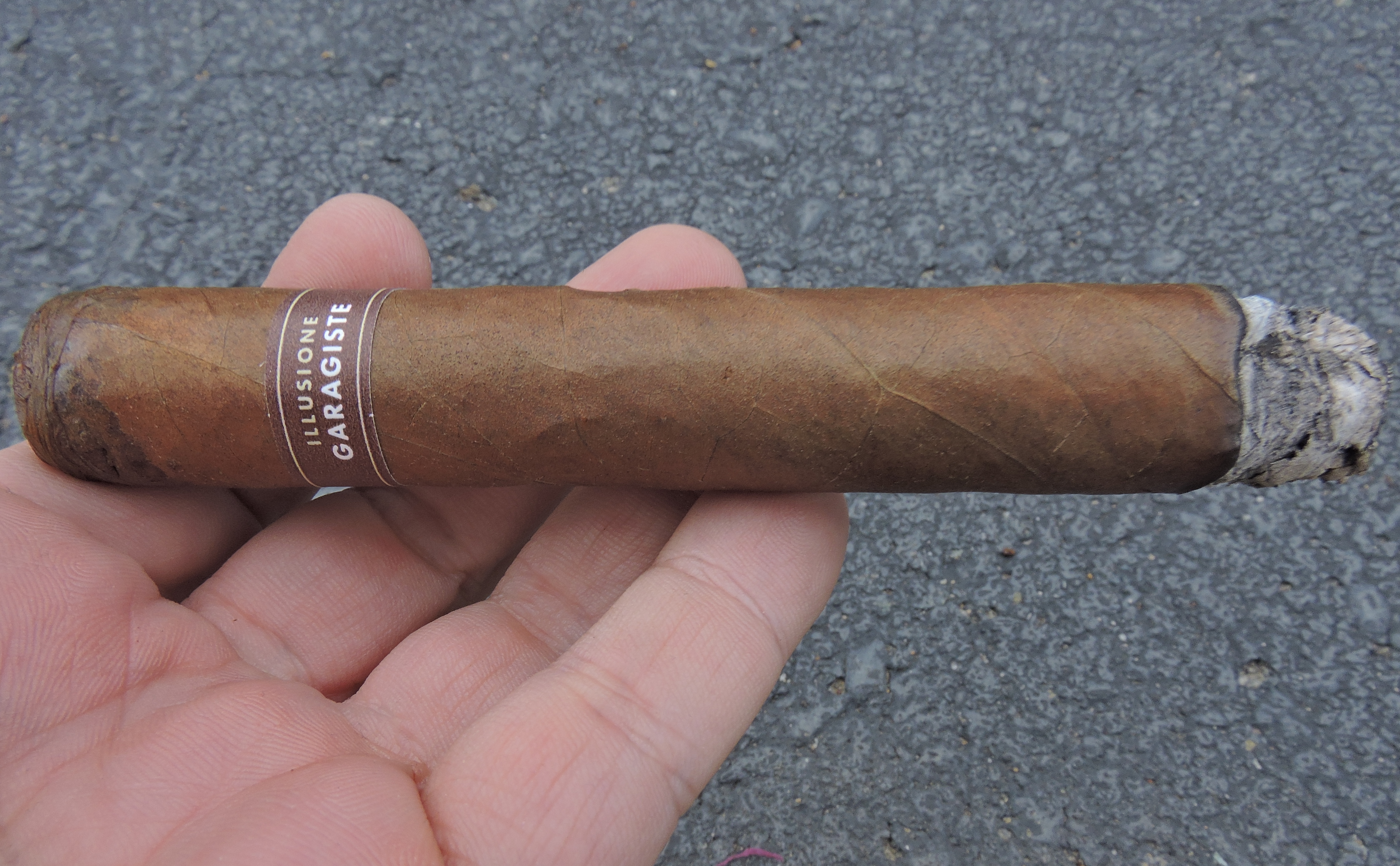 Burn of the Illusione Garagiste Robusto

The draw of the Garagiste Robusto also performed quite well. It was not too loose, nor too tight. This was a low maintenance cigar to derive flavors from.

The strength and the body both started in the medium range. The body increased slowly and gradually, but doesn’t quite get out of the medium range. As for the strength, it remains mostly constant through the first two thirds. Toward the end of the second third, there is a rapid spike in the strength – resulting in an acceleration into medium to full territory. During the last third, there still continued to be some gradual building of the strength, but it remains medium to full.

As for strength versus body, I would say the body had a slight edge during the first two thirds, but following the spike in strength, the strength takes over during the last third.

Overall I was pleased with Giolito’s foray into the world of Ecuadorian Habano wrapper.  While there was a kick in nicotine in the last third, I found the flavors still remained medium-bodied and it worked quite well with the notes this cigar produced. I am curious to see how this cigar will respond to longer term aging. It’s a cigar I would recommend to a seasoned cigar enthusiast. I’d also encourage the novice to smoke this cigar. As for myself, this is a cigar I would certainly smoke again – and it’s worthy of a box split.