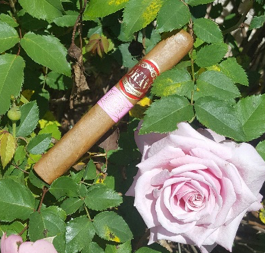 It’s the first day of Spring and Southern Draw Cigars is preparing for Spring flowers. Today the company announced a limited availability of its new Rose of Sharon offering – a cigar that was first announced back in August, 2016. Rose of Sharon is a cigar that pays homage to Sharon Holt, the wife of Southern Draw Cigars Chief Evangelist Robert Holt. 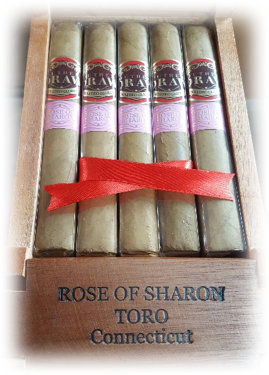 The Rose of Sharon is a mild to medium Ecuadorian Connecticut offering in the Southern Draw Cigars’ portfolio. It is meant to complement the company’s current fuller Kudzu Oscuro and Firethorn Rosado blends. In addition to the Connecticut wrapper, Rose of Sharon uses a Nicaraguan binder. As for the filler, it consists of Nicaraguan viso and seco and Dominican Piloto Cubano ligero. Three sizes of the Rose of Sharon are currently being released – each in a semi-box press format. Production is being handled by A.J. Fernandez in Esteli, Nicaragua.

“The natural cloud cover of Ecuador has supplied us with a prized wrapper, a velvety feel, gentle sweetness and a toasty burn, our beloved Nicaragua has gifted us with rich and elegant binder and filler tobaccos while the distinct Piloto Cubano of the Dominican Republic adds a dose of boldness and spice that allows this blend live up to its moniker. She don’t know she’s beautiful!’ said Robert Holt the Chief Evangelist of Southern Draw Cigars.

“Much like a Rose, Sharon (Holt) exemplifies our brand with her beautiful soul, humility and a “subtle” boldness which has made an incredible impact on so many lives. We truly needed to acknowledge her, continued Holt.”

The company has indicated it is pretty much sold out of the current batch of Rose of Sharon. It is also taking pre-orders for a subsequent batch consisting of 660 boxes due out in July, 2017. Currently, the company does have an allocation of 500 hand-made petacas (cigar cases) that contain two of the 6 x 52 Toros from the initial 2,000 cigars produced. 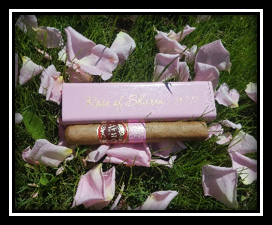 At a glance, here is a look at the Southern Draw Rose of Sharon.

At this time, the following three sizes being made available for Southern Draw Cigars’ Rose of Sharon. In addition, the 2 count petaca case will be available for the Toro.

The two count Rose of Sharon Petaca 2-count Toro offerings will have an SRP of $25.00.