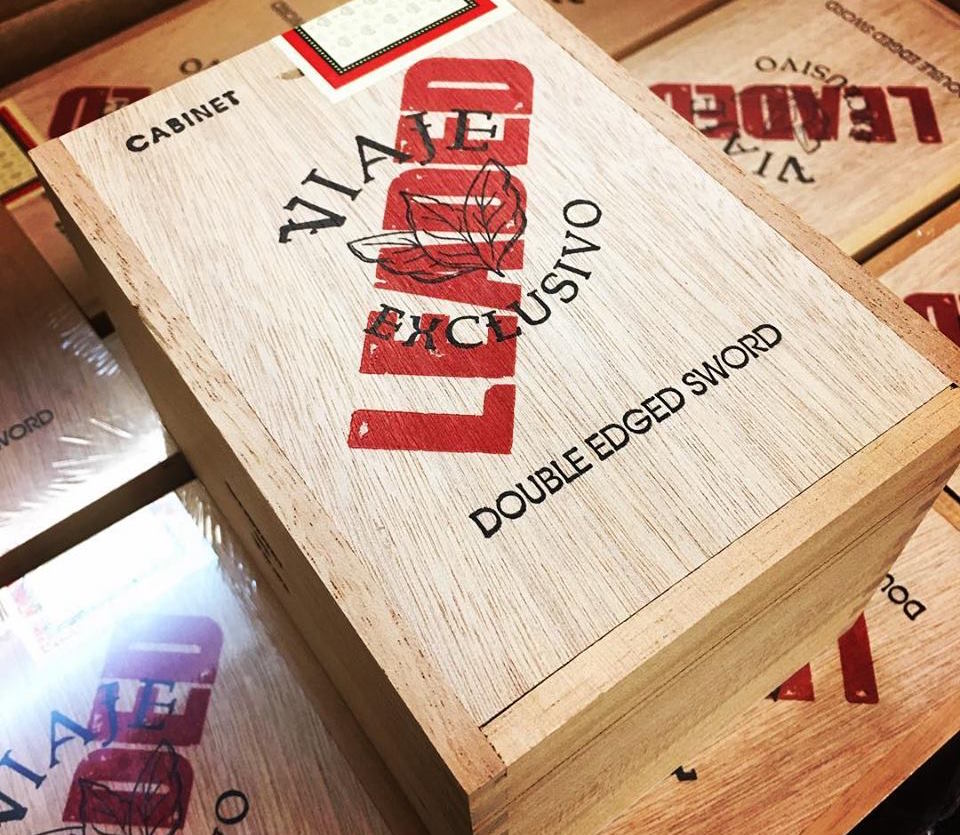 Viaje’s Exclusivo blend started out as a personal blend for Andre Farkas. Eventually Farkas would release the blend to consumers in small batches in various sizes. Last year, four sizes of the Exclusivo were made regular production. In 2014, special small batch offshoot known of the as the Viaje Exclusivo Leaded  was released in a 5 x 52 Robusto size.. The Exclusivo Leaded differs from the base Exclusivo line in that it incorporates medio tiempo tobacco into the blend. Medio Tiempo is one of the highest priming leafs that only grows on a small percentage of tobacco plants – so releases incorporating this tobacco are often quite limited. Medio tiempo is known to provide strength, body, and flavor. Last year, a second batch of the Exclusive Leaded Robusto would hit the market.

As for the blend, the Viaje Exclusivo Leaded is a Nicaraguan puro that incorporates the medio tiempo into the filler. The cigars are packaged in 25 count cabinet boxes. Viaje is expected to ship the cigars before the end of the month.

At a glance, here is a look at the Viaje Exclusivo Leaded Double Edged Sword:

As mentioned, the Viaje Exclusivo Leaded Double Edged Sword is the second vitola released with the Leaded blend. Both cigars were small batch releases.