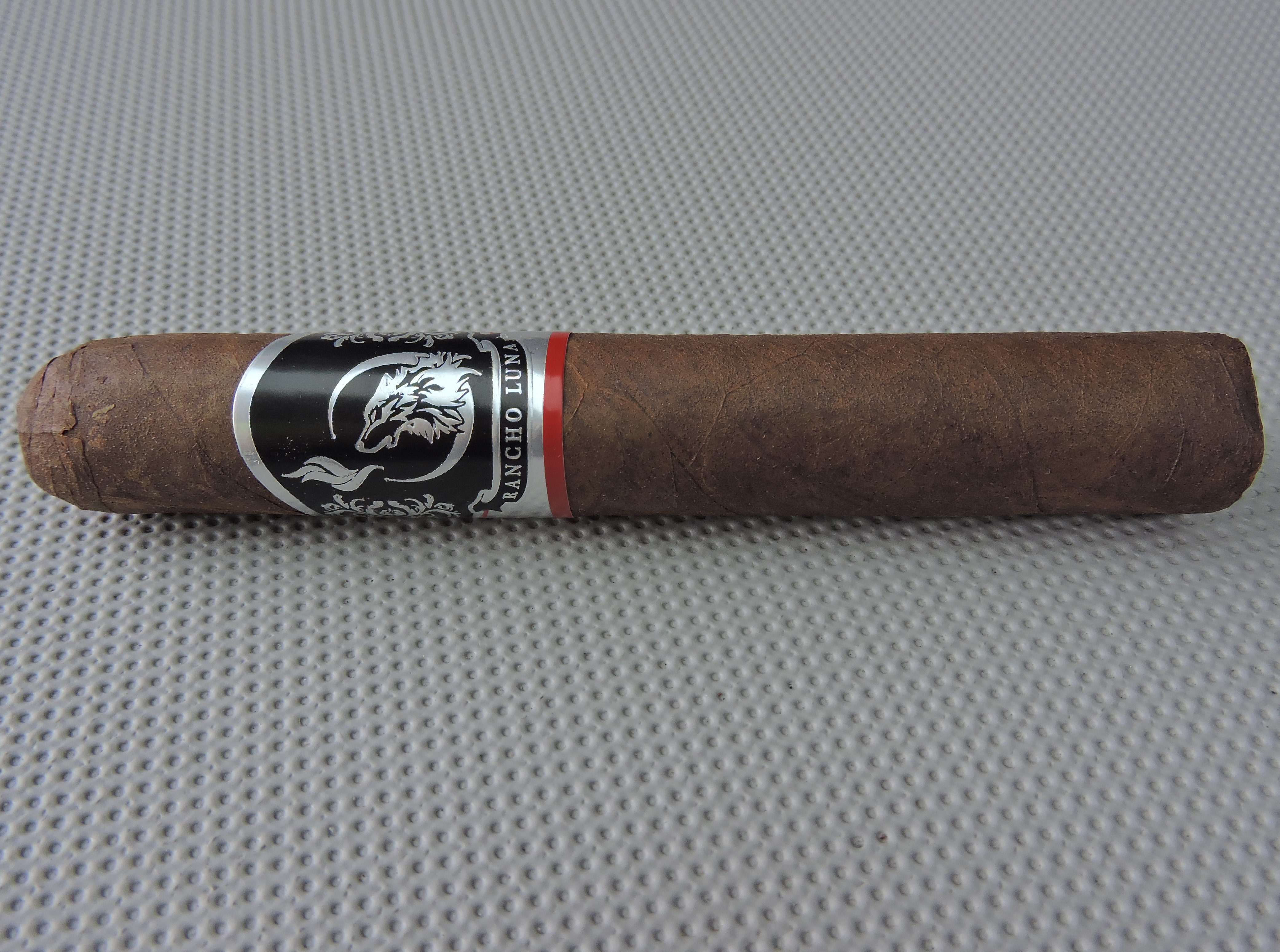 The Rancho Luna Maduro is a cigar produced by JRE Tobacco Company, the vertically integrated tobacco and premium cigar operation founded by Julio R. Eiroa and his son Justo M. Eiroa. Both Julio and Justo are the father and brother of Christian Eiroa, who is best known for running Camacho Cigars before founding CLE Cigar Company. JRE Tobacco Company is a company that grows and cures its own tobacco, produces its cigars at Julio Eiroa’s Las Lomas factory, and handles its own distribution. The company currently produces three brands, Aladino, Tatascan, and Rancho Luna. With Rancho Luna, the brand has two offerings – a Habano and a Maduro. Today, we take a closer look at the Rancho Luna Maduro in the Robusto size. In my opinion, JRE is delivering some of the best products in the cigar industry and the Rancho Luna Maduro Robusto definitely among them. 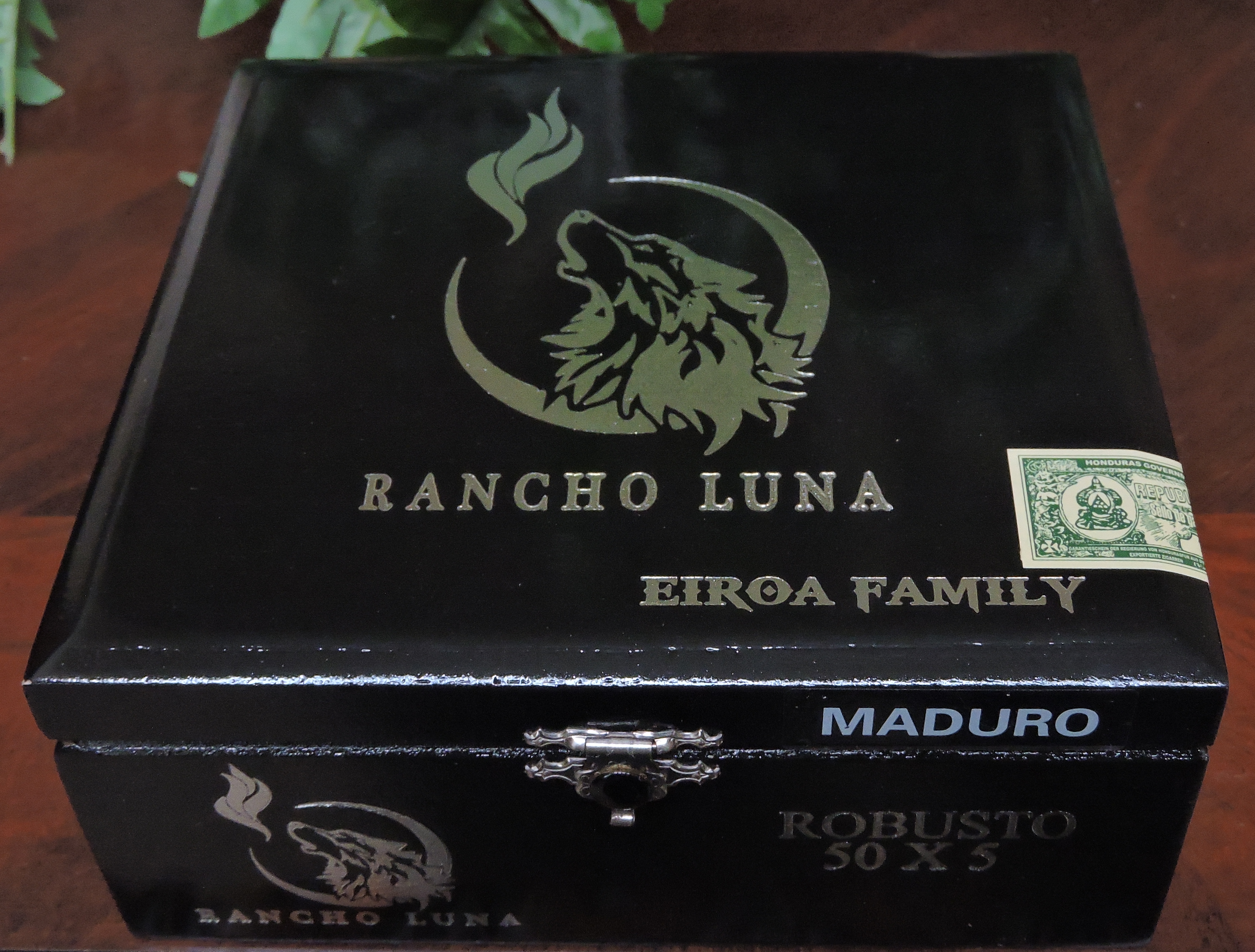 Rancho Luna originally made its debut in 2015 as a brand showcased by CLE Cigar Company. Early in 2016, Julio and Justo Eiroa formed JRE Tobacco Company and the Rancho Luna, Tatascan, and Aladino brands would follow them there. Since the sale of Camacho, Julio Eiroa has continued to own and operate the Eiroa Tobacco Farm in the Jamastran Valley of Honduras. With the launch of JRE Tobacco, Julio would once again add the hat of brand owner back to his many roles. He would also bring in his son Justo to help him run the Eiroa Tobacco Farm and JRE Tobacco.

As mentioned, Rancho Luna was originally unveiled by CLE Cigar Company. It was originally positioned as a one blend offering sold in bundle packs. Once it came under JRE Tobacco’s umbrella, the brand was revamped into two new blends – a Habano and Maduro. In addition, the packaging was upgraded to boxes and new bands were introduced. 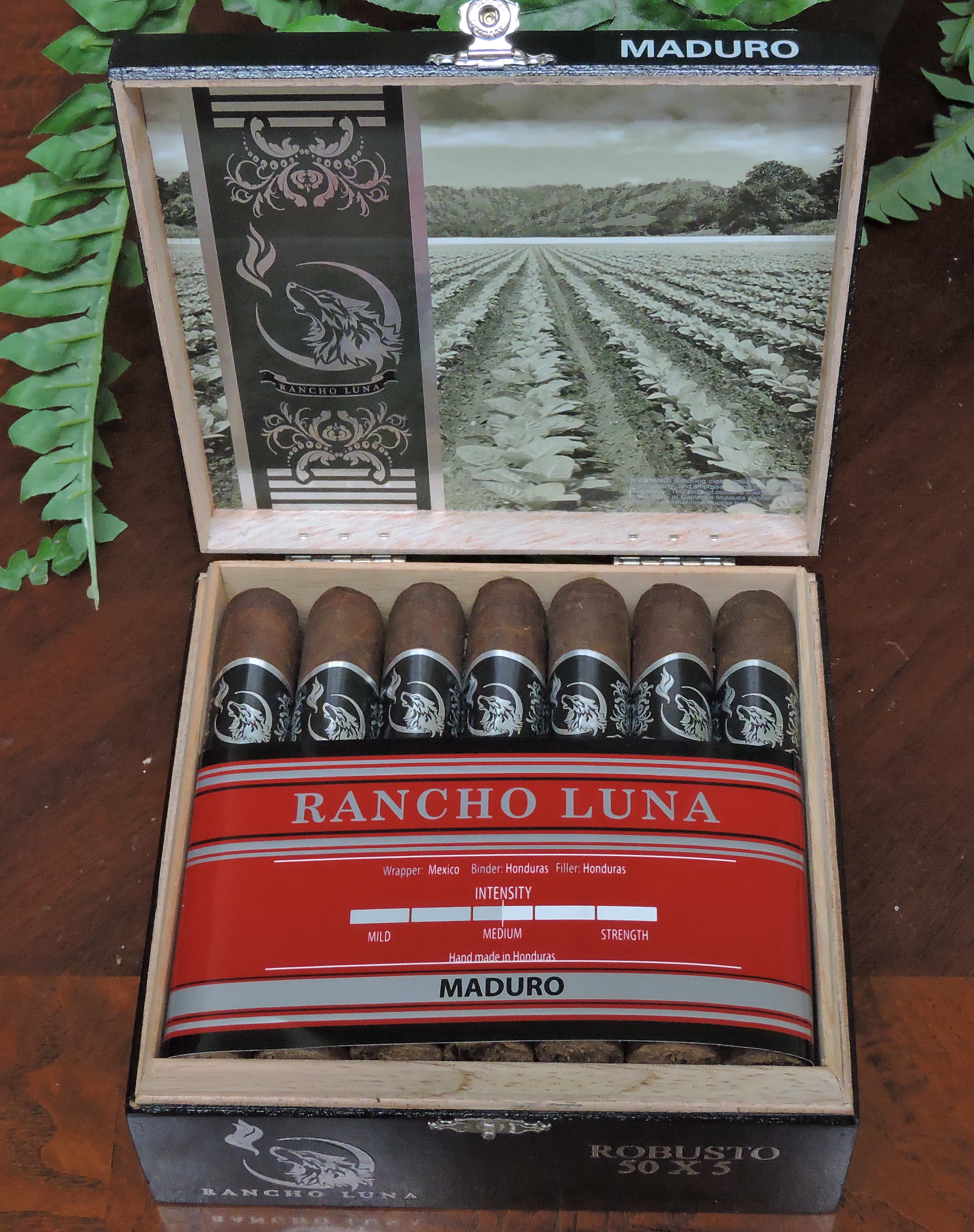 The two blends for Rancho Luna were developed by Justo and Julio Eiroa. The name pays homage to the Eiroa Tobacco Farm and in particular those evenings where there is a full moon and one can hear the howling in the wild.

Without further ado, let’s break down the Rancho Luna Maduro Robusto and see what this cigar brings to the table.

The wrapper for the Rancho Luna Maduro is a San Andres Mexican maduro. The remainder of the blend consisted of tobaccos grown and cured at the Eiroa Tobacco farm. Included in the blend is Authentic Corojo – a staple tobacco of the Eiroa family.

Corojo tobacco traces its origins to Cuba and eventually made its way outside the island nation. The Corojo plant is one that has been susceptable to fungus and blue mold and as a result, it has often has had lower yields. This led to the Corojo seed falling out of favor with many growers. Many other growers have worked with hybrid versions of the Corojo plant to mitigate this fungal and mold problem – most notably Corojo 99. In 1997, former Julio R. Eiroa (who at the time owned Camacho) began to work with the Authentic Corojo seed at his Honduran farm and by the year 2000 he reintroduced the tobacco into the U.S. market with Camacho.

Production of the cigar (including the boxes) occurs at the Eiroas’ Las Lomas factory located adjacent to the Eiroa Family farm. 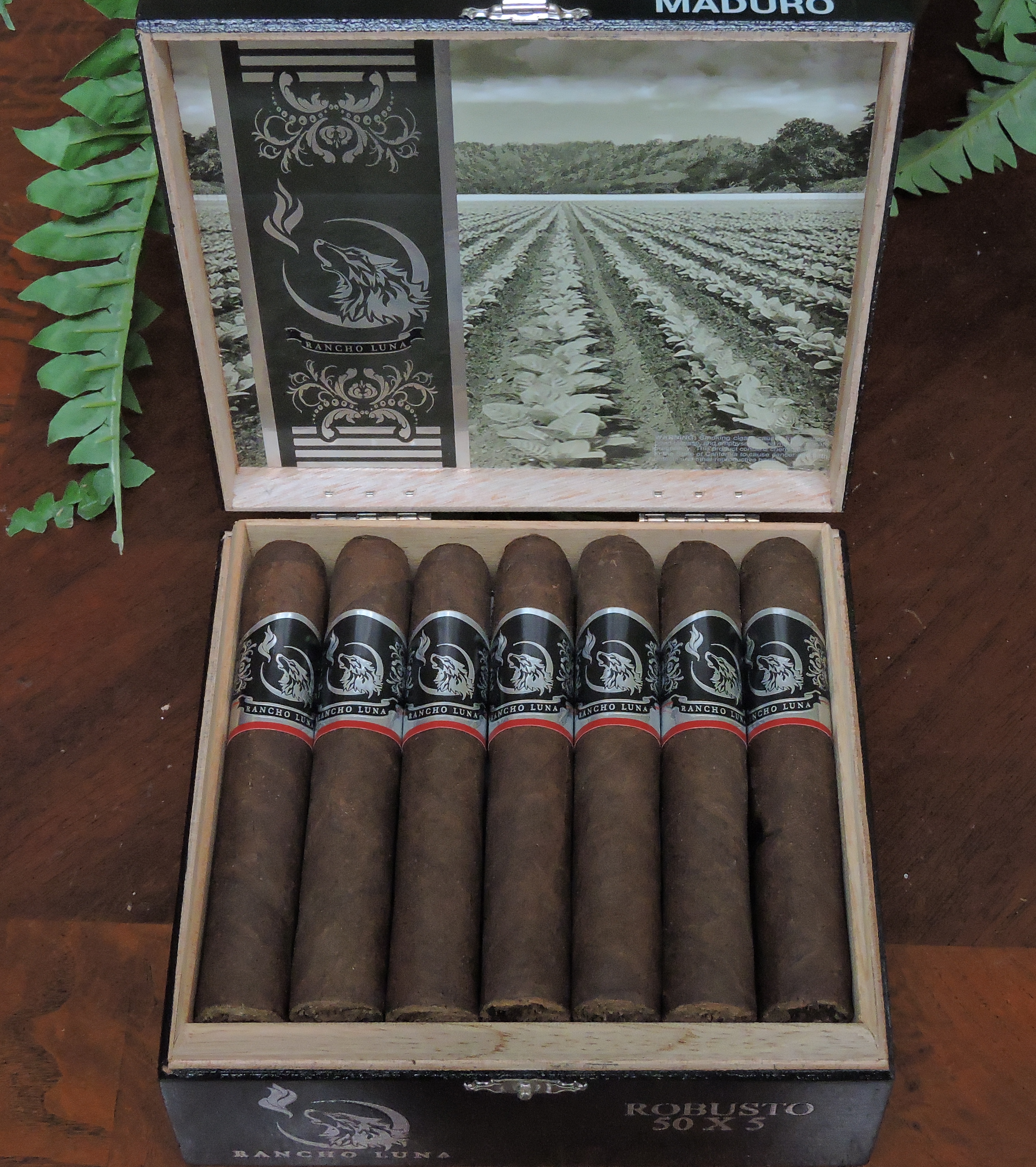 The Rancho Luna Maduro offered in three sizes – each packaged in 20 count boxes. 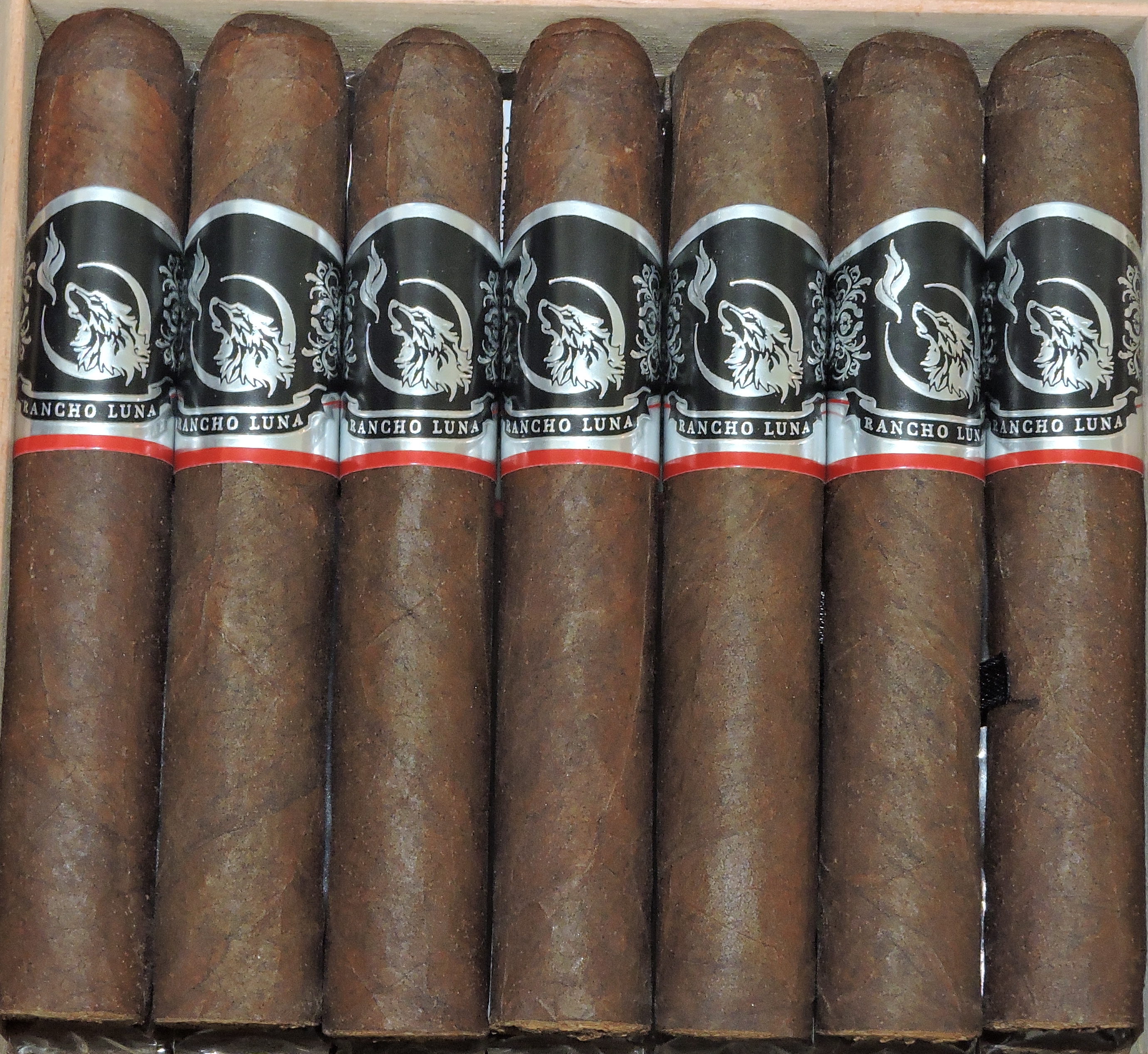 The mocha notes that I detected on the pre-light draw were present at the start of the Rancho Luna Maduro Robusto. In addition I also detected some generic wood notes. In the background I also picked up a subtle maduro sweetness (a cross between dried fruit and natural tobacco), and a slight black pepper note. Meanwhile I also picked up an additional layer of black pepper on the retro-hale.

Throughout the first third, the complexity from the mocha notes shined. At times it was a rich chocolate note and at other times it was a black coffee note. By the second third, the mocha and generic wood notes continued to be the dominant notes. During this part of the Rancho Luna Maduro Robusto, the maduro sweetness diminished while there was a slight increase in the pepper.

By the final third, I found the black pepper on par with the mocha and wood notes. I still picked up some hints of the maduro sweetness. This is the way the smoking experience of the Rancho Luna Maduro Robusto remained until the end. The resulting nub was cool in temperature and slightly soft to the touch.

The Rancho Luna Maduro Robusto was a well-constructed cigar and this was reflected in both the burn and draw. The burn line, there was a slight curvature to it. This didn’t prove to be problem-some as I did not find the Rancho Luna Maduro Robusto to be a cigar to require excessive touch-ups. The resulting ash was silver-gray in color. This was also a cigar with a firm ash that came off the cigar in clean chunks. Meanwhile the burn rate and burn temperature were both ideal. 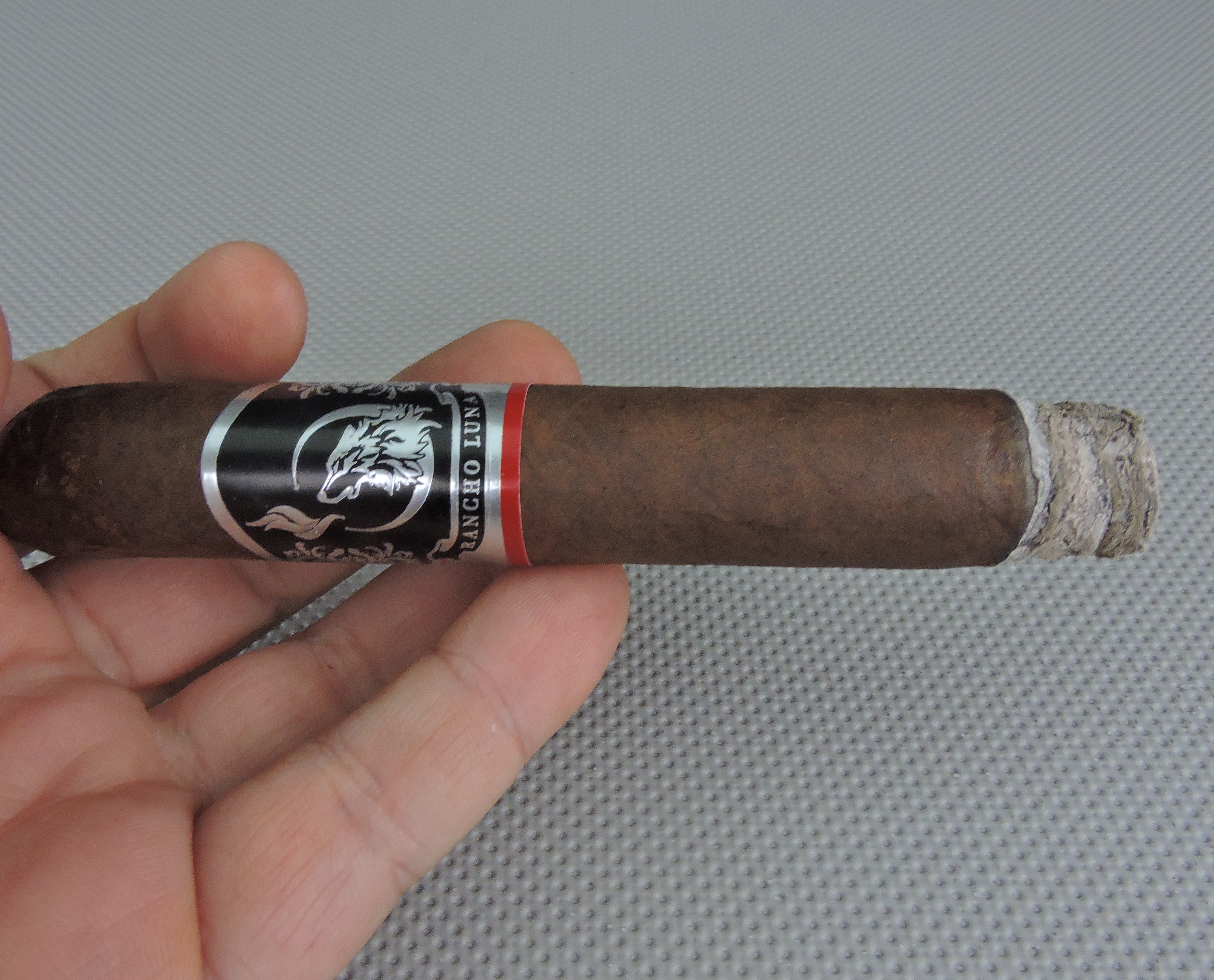 The draw to this cigar was also excellent. It had just the right amount of resistance and it was a draw that was never too loose nor too tight. This made the Rancho Luna Maduro Robusto a low maintenance cigar to derive flavor from.

The Rancho Luna Maduro is positioned as a “medium” offering in the JRE Tobacco portfolio and pretty much this is where I found the Robusto size to land. This is a cigar that is medium strength from start to finish. Along the way, there was a slight increase in strength; however by the close of the cigar, I still found it to be medium.

Meanwhile the body of the Rancho Luna Maduro Robusto also started out medium. By the last third, there was a slight uptick in the body and I found the Robusto had just enough depth to fall into medium to full-bodied territory.

The Rancho Luna Maduro Robusto is an outstanding cigar. I’m someone who typically is underwhelmed by San Andres Maduro blends, but the Rancho Luna Maduro is one that comes through with flying colors. This is not a case where the San Andres wrapper overpowers the blend. Instead, this is a cigar that delivers a nice balance of sweetness and spice from start to finish. This is a cigar that can be enjoyed anytime of the day from a morning smoke to a nice after dinner smoke. Finally at around the $7.00 price point, you can’t go wrong in terms of value.

The Rancho Luna Maduro Robusto is a cigar I’d recommend to any cigar enthusiast. As for myself, this is a cigar I would easily smoke again.

Note: JRE Tobacco is a sponsor of Cigar Coop