The Cohiba Blue is a new offering by General Cigar Company that has recently arrived at retailers. While General Cigar Company has positioned Cohiba as one of its more premium and higher-priced offerings, with Cohiba Blue it aims for what the company calls “inclusive luxury” – keeping the premium status of the brand, but bringing it to market at a more affordable price point.

According to Andres Maturen, brand manager of Cohiba, “With Cohiba Blue, we present collection that speaks to the ethos of the Cohiba brand. Made with a curated selection of tobaccos, handcrafted by renowned artisans, and created for all those who seek the indulgence of a fine cigar, Cohiba Blue symbolizes a life well lived.”

The Cohiba Blue uses General’s Honduran Olancho San Agustin (OSA) for its wrapper and binder. The remainder of the blend consists of Honduran Jamastran, Nicaraguan Ometepe and Dominican Piloto Cubano. Cohiba Blue is available in four sizes and produced at the General Cigar Dominicana factory in Santiago, Dominican Republic. 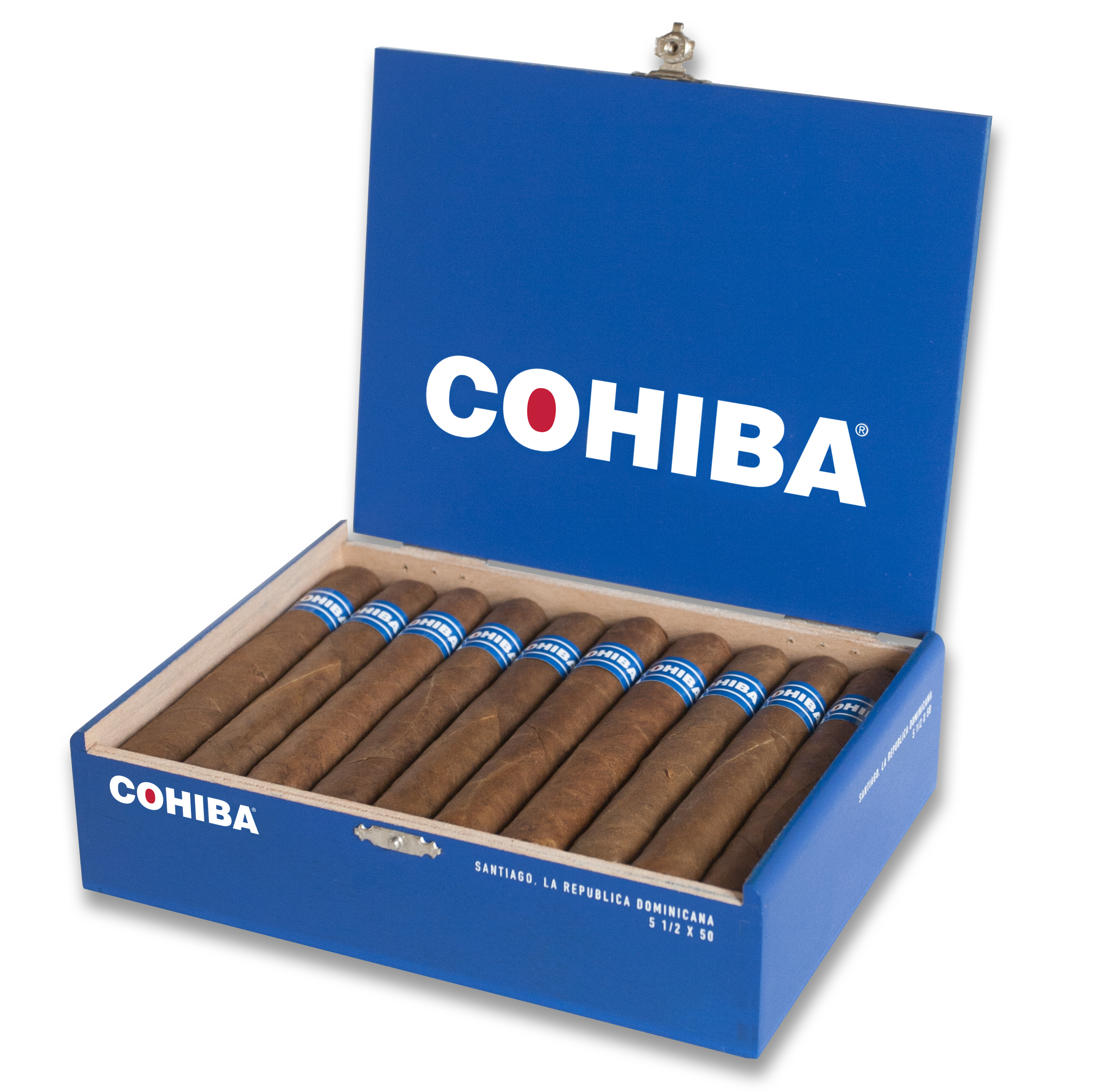 The OSA wrapper is something that was first introduced in 2011 with the CAO OSA Sol , however it has been something it has now been incorporating in other brands over the past year – including the Toraño Exodus and the recently released Partagas Heritage. What makes Cohiba Blue different is that it uses the OSA leaf for the binder as well.

Of course, the cigar is highlighted by blue colored box and blue-colored bands. The boxes also appear to be designed white plenty of “blue space” in order for future compliance with the FDA’s upcoming warning label requirements.

At a glance, here is a look at the Cohiba Blue: