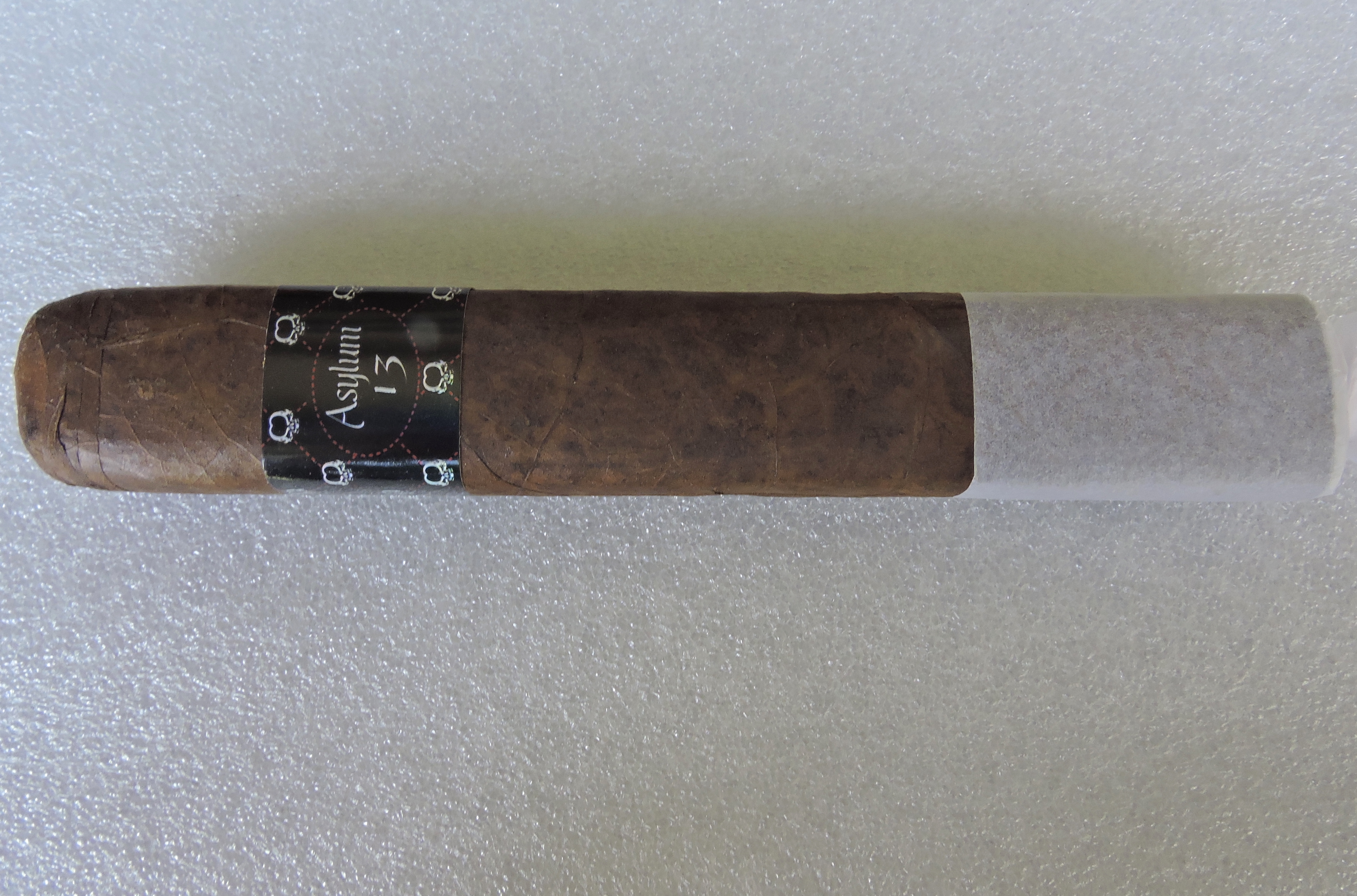 Asylum Cigars has been known for making cigars ranging from 4 x 44 petite coronas and 7 x 38 Lanceros to 7 x 70 and 8 x 80 cigars, but one thing they did not have is a box pressed cigar – until now. This week, the company has shipped its Asylum 13 Box Pressed 70 x 7 cigar. The Asylum 13 Box Pressed 70 x 7 is offered up to retailers of the Tobacconist Association of America (TAA) as a part of its 2017 TAA Exclusive Series of cigars.

Other than being a 7 x 70 cigar in a box pressed format, Asylum hasn’t disclosed much about the cigar (which seems to be a trend with the 2017 TAA releases this year). The Asylum 13 Box Pressed 70 x 7 is sold in 30 count boxes.

This is the third consecutive year that Asylum parent company, C.L.E. Cigar Company has offered up an exclusive cigar for the TAA. In 2015, C.L.E. delivered the Asylum Nyctophilia as a TAA Exclusive. After its limited run with the TAA was completed, the Nyctophilia became a part of Asylum Cigars regular lineup. In 2016, C.L.E. released the C.L.E. Azabache as a part of the 2016 TAA Exclusive Series.