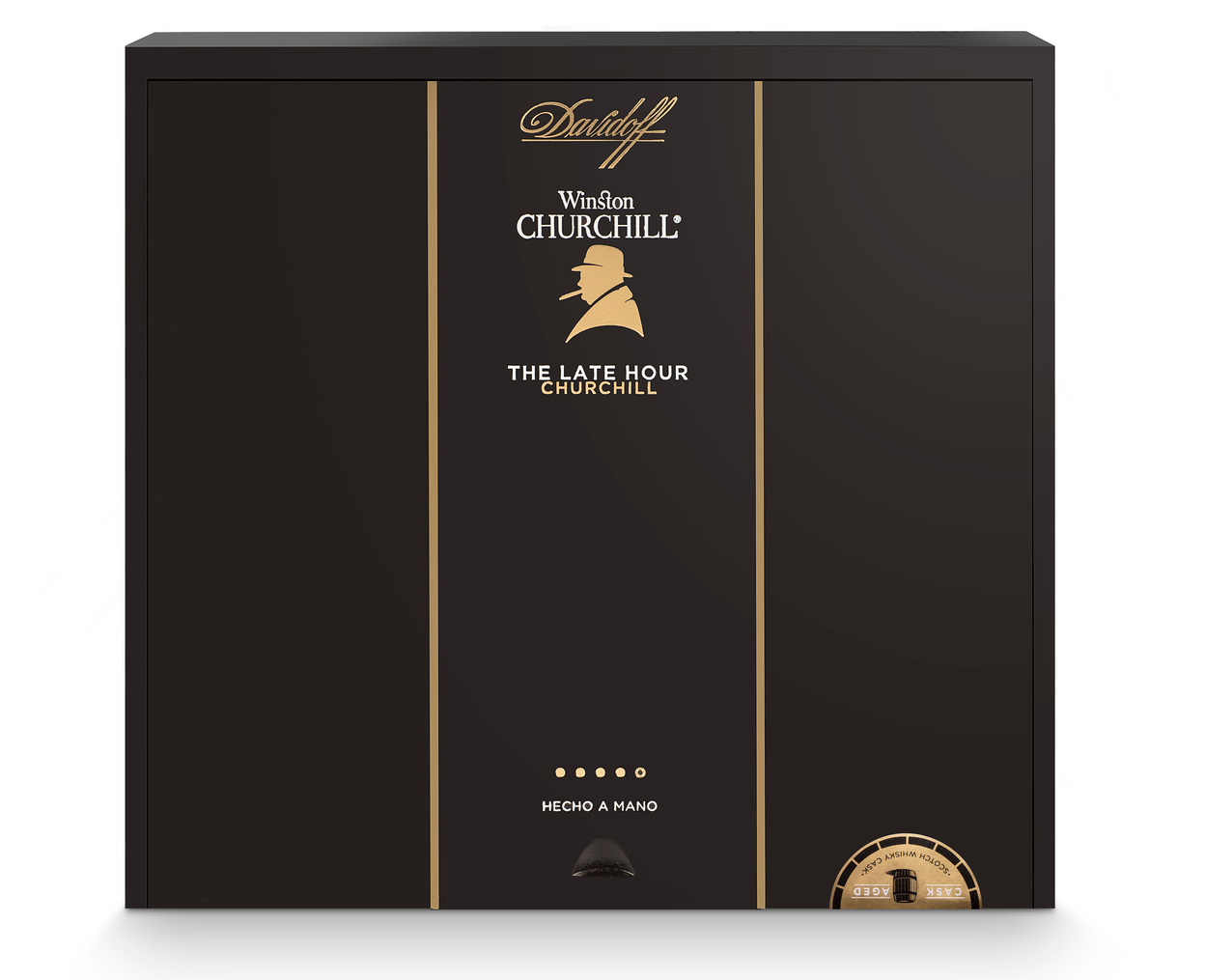 According to Davidoff, aging the Condega tobacco in Scotch Whisky barrels “brings a mysterious sweetness and fervency of flavor.” The barrels are made of American white oak that formerly held single malt Scotch Whiskey from the Speyside region. The Condega leaves are pressed inside the barrel. As the temperature in the closed casks rises, the tobacco enters a fermentation process. After three months, the tobacco is rotated and aged an additional three months. The tobacco absorbs the aromas of the cask and whisky for a total of six months. The Condega tobacco is then used to incorporate into the remainder of the blend which includes an Ecuadorian Habano wrapper, Mexican San Andres Negro binder, and additional Dominican and Nicaraguan tobacco.

The Davidoff Winston Churchill Late Hour is available in three sizes.  For the U.S. market, these will be sold in 20-count boxes. 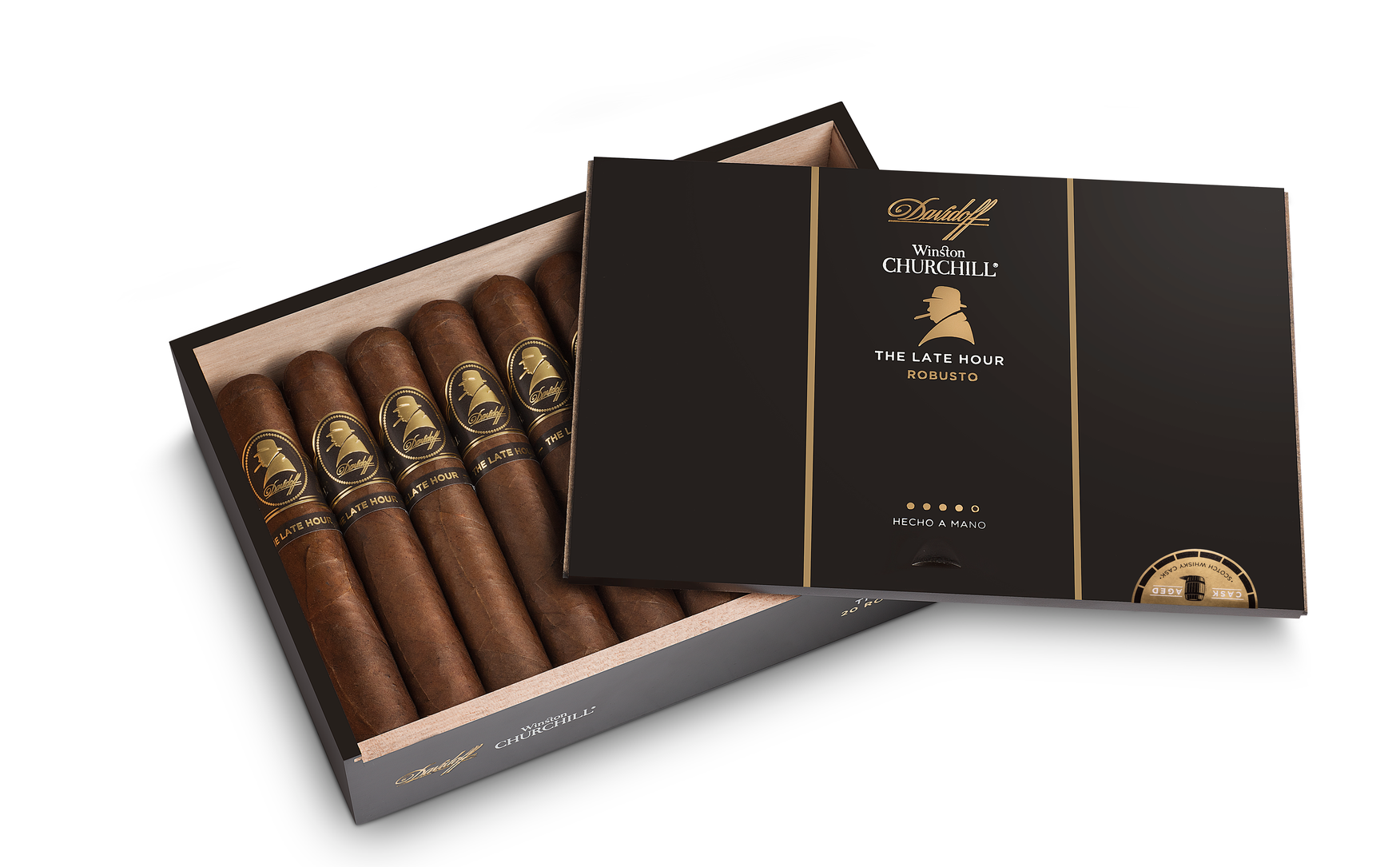 “Gourmets across the globe have opened their eyes and minds to what is possible when venturing beyond the usual French wine, Scotch whisky, basic roasted coffee or their home country’s cuisine. We at Davidoff are excited to open the cigar aficionado’s world with new tastes and a rewarding experience with ‘The Late Hour’: a complex and flavourful Scotch cask aged multi-origin cigar blend. The journey to new experiences and horizons will be worth it. We feel sure that Sir Winston would have enjoyed it and would have filled his late hours beautifully with this exceptional cigar and a glass of his favourite Scotch,” commented Charles Awad, Senior Vice President – Chief Marketing Officer at Oettinger Davidoff AG in a press release.

Randolph Churchill, Sir Winston’s great-grandson, added: “The late hours into the early morning was the time when Churchill would gather all those resources together and commit himself to working, whether it was on his books with his research advisors or with his military people deciding the course of action. So, the late hours and the dark hours were when Churchill was his most productive in life. And he was never without a cigar.”

The Davidoff Winston Churchill Late Hour has already been released in the U.S. market at Davidoff Appointed Merchants.  Plans are to introduce the three sizes in 20-count boxes and 4-count packs to the Swiss market on August 2nd.  This will be followed by a launch of the Robusto and Churchill sizes in 2o- count boxes and 4-count packs globally this Fall.

At a glance, here is a look at the Davidoff Winston Churchill Late Hour: 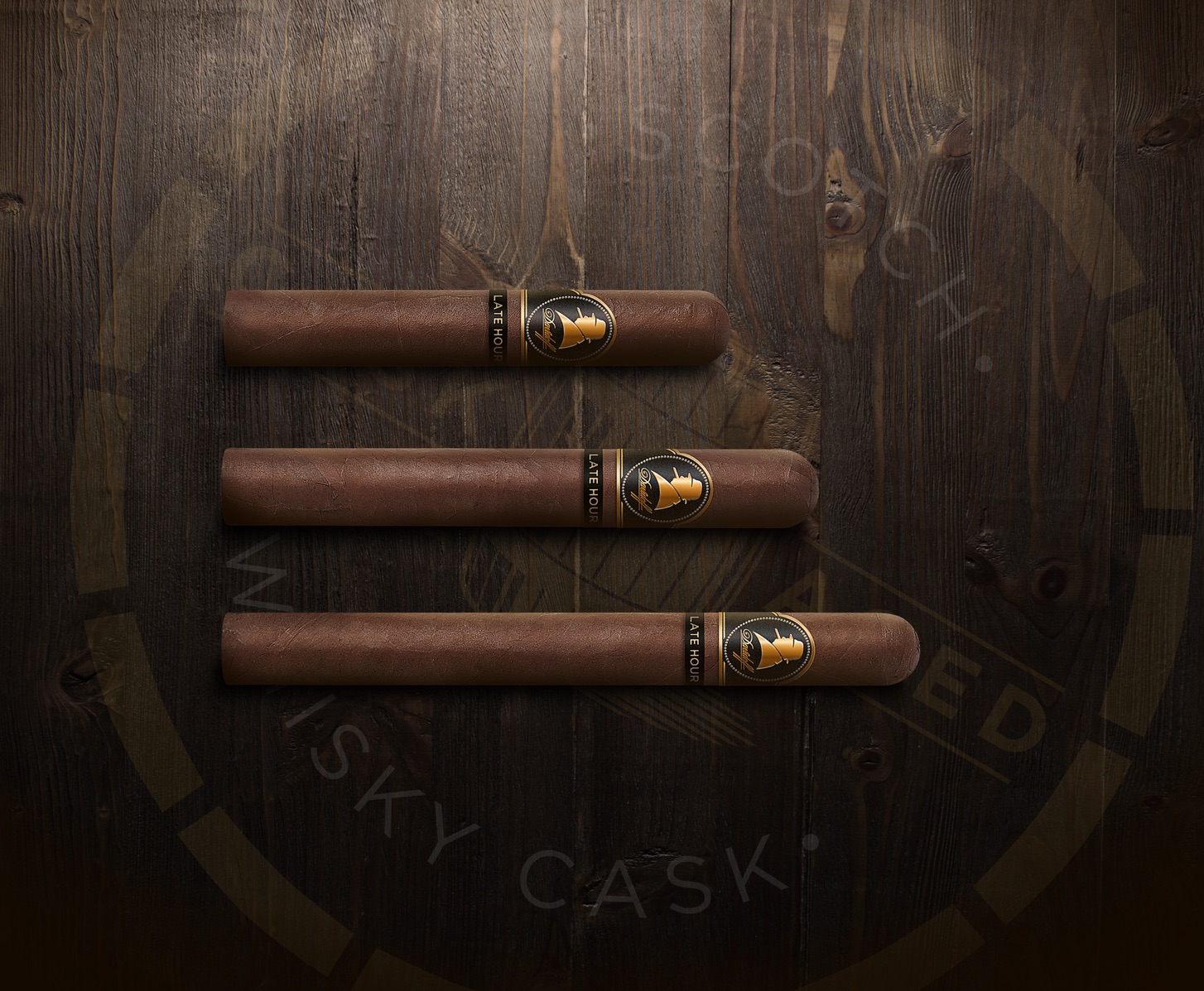