The name “Navetta” translates to “Shuttle” and in this case its paying homage to NASA’s Space Shuttle program.

“Blending Fratello Navetta was special as I wanted to translate the ultimate celebration our men and women of the space program felt after a successful mission. After being part of over 21 missions nothing beats the feeling of getting our astronauts home safe to their families”, said de Frias in a press release.

“Colleagues of mine would get together and smoke a very special cigar to commemorate the occasion. This very special blend carries the ultimate feeling of innovation, duty, honor and success”, said de Frias. 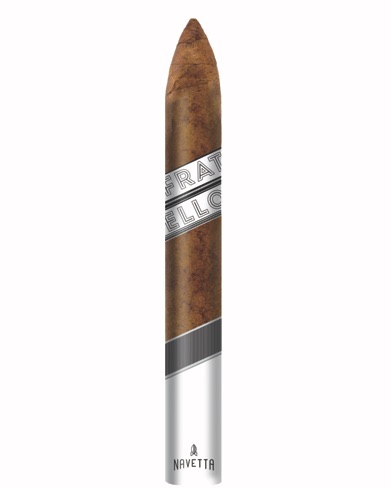 As for the cigar, it will become the first Ecuadorian Oscuro wrapper offering in the portfolio. The cigar will be manufactured at the Joya de Nicaragua factory. It will be offered in four sizes, each named after a space shuttle.

Widespread shipment of the Fratello Navetta is expected to begin in September.