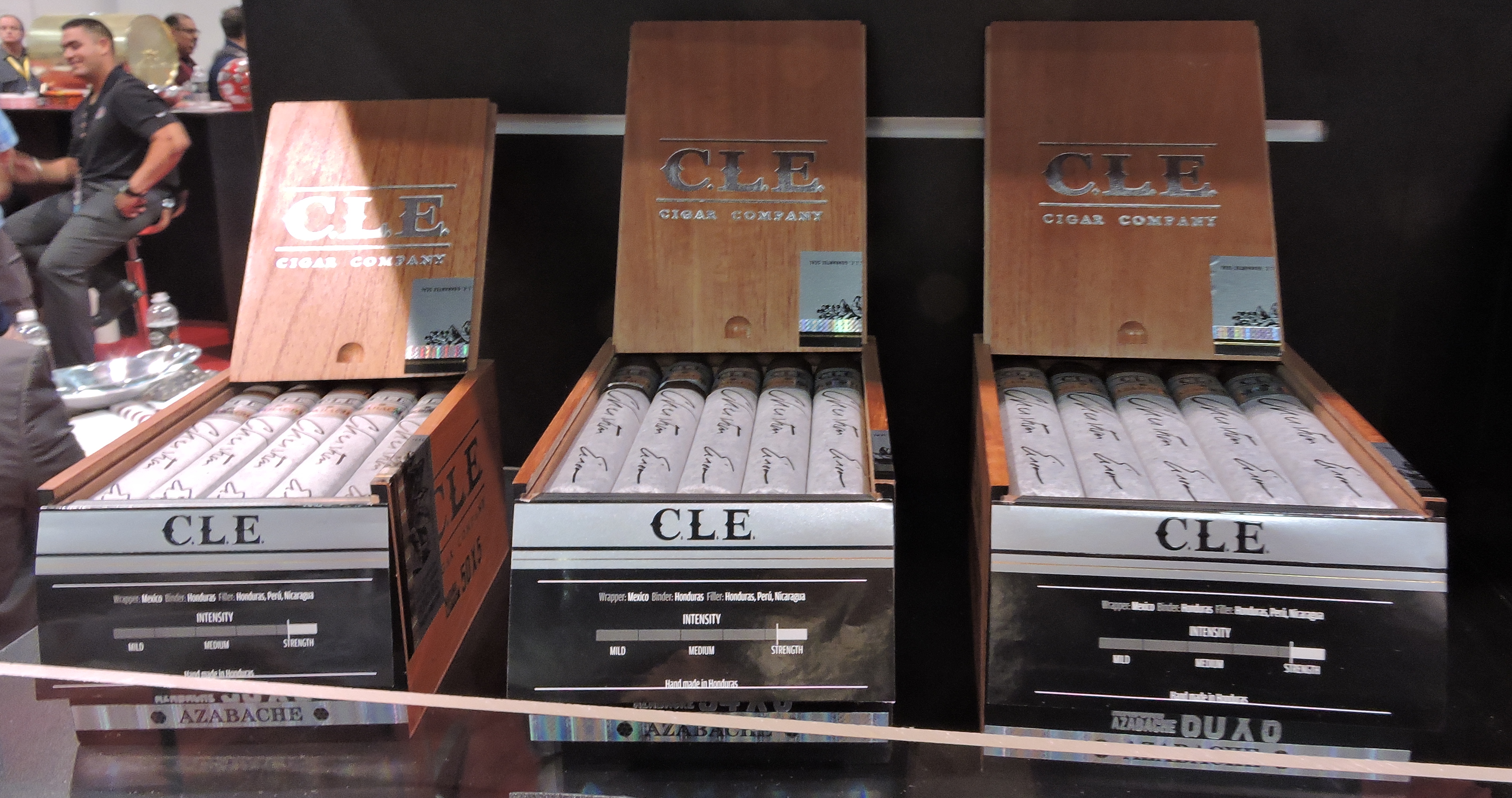 The C.L.E. Azabache, a blend originally introduced at as a part of the 2016 Tobacconists Association of America (TAA) Exclusive Series, is now available as a regular production offering. At this year’s 2017 IPCPR Trade Show, the Azabache was showcased by C.L.E.

The Azabache features the same blend and vitolas as what was released for the TAA.  The Azabache blend is a multinational blend consisting of a Mexican Maduro wrapper, a Honduran binder, and fillers from Nicaragua, Peru, and Honduras. The cigars are produced at Eiroa’s El Aladino factory in Danlí, Honduras. C.L.E. Azabache is offered in three box-pressed sizes: 50 x 5, 54 x 6, and 60 x 60. Each size is offered in 25-count boxes.

This is not the first cigar from C.L.E. to be offered as a regular production offering following being a TAA Exclusive Release. C.L.E.’s Asylum Nyctophilia Maduro was a part of the 2015 TAA Exclusive Series before becoming a regular offering last year.

At a glance, here is a look at the C.L.E. Azabache: