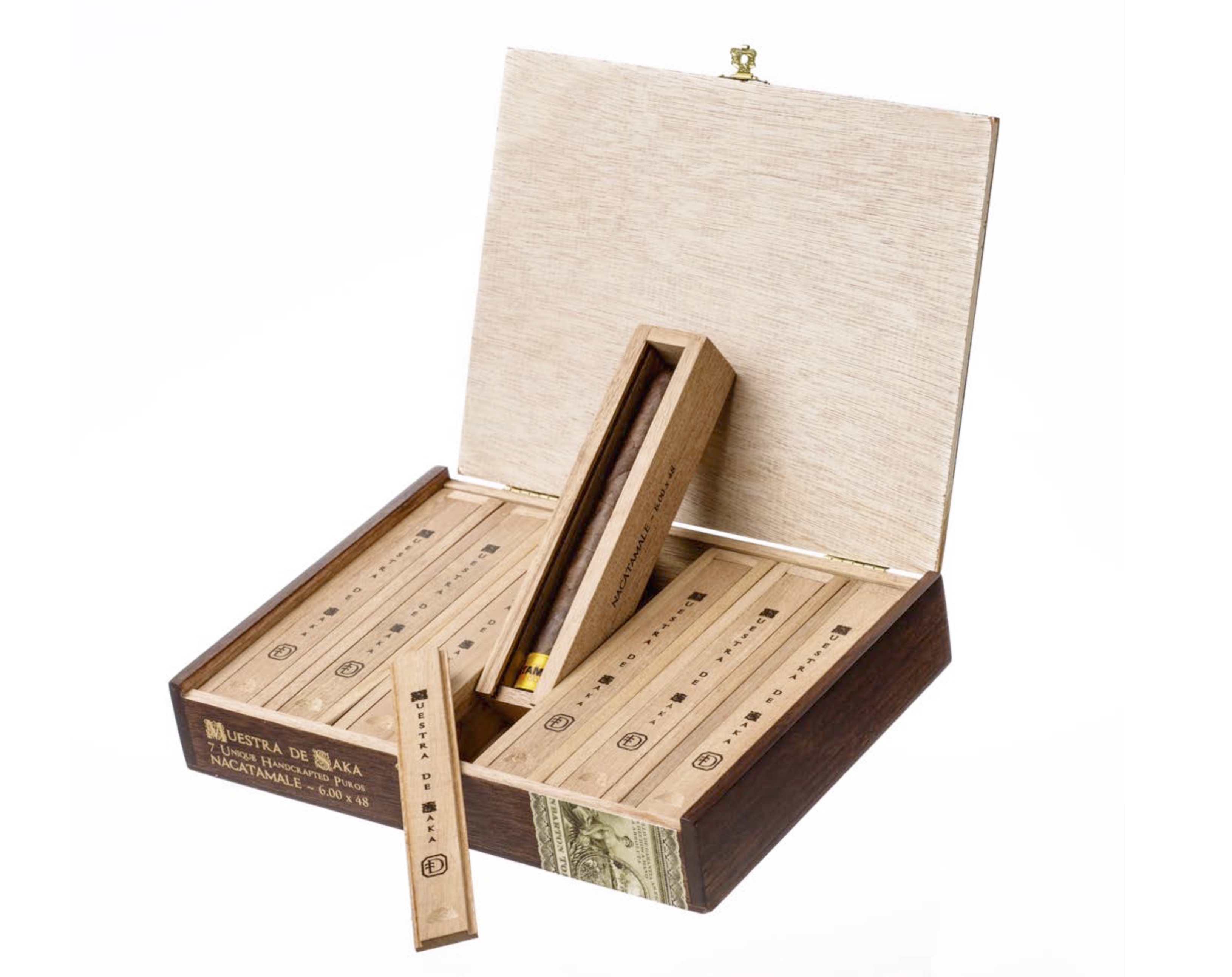 Dunbarton Tobacco & Trust has formally announced details on the second installment of its limited production Muestra de Saka series. The company is taking pre-orders through July 14, 2017 (the end of the IPCPR Trade Show) for the Muestra de Saka Nacatamale. The Nacatamale is expected to ship beginning in October.

“Muestra is the humble, common word for ‘sample’ in Spanish, however it takes on much more important, sometimes reverential, meaning when used in a handmade cigar factory. A muestra is the vision of the ligador and torcedor realized, it is the promise of a new experience and possibly the key to financial success for the fabrica. Muestras are hoarded and coveted by not only their makers, but by the cigar smokers who seek to catch a glimpse into the cigarmaker’s soul within their smoke” commented company Founder and Master Ligador, Steve Saka. “Muestra de Saka is just that. A line of unique blends and vitolas made in extremely limited quantities that reflect the blending machinations of myself. To smoke a Muestra de Saka is to embark upon a journey with me in which I greatly welcome your companionship.”

The Nacatamale is a 6 x 48 vitola. Like the first installment, the Muestra de Saka Exclusivo, each cigar will be packaged in an individual coffin with seven coffins packaged per box. Pricing is set at $111.65 per box or $15,95 per coffin. Production for 2017 is $2,250 boxes.

“The Nacatamale is the second frontmark in the line. What made this cigar a unique blending challenge was I went “viejo granja” style with it. For over a century most cigars’ entire filler recipes were comprised of just one farm’s tobacco and any complexity was introduced by extremely careful leaf processing, selection and positioning within the bunch. Whereas these days as we have hundreds of ingredients to work and blend with to create interesting and satisfying ligas. So, the challenge was to see if I could make an ‘old farm’ style liga that could hold its own with the modern blends created today. This cigar is considerably more robust than the Exclusivo and since this puro’s tripa are all from just one small, independent farm in Jalapa, Nicaragua, I will not be disclosing the name of the vega. However, I will say it is simply sublime.”

Saka has said that while the Muestra de Saka releases are limited, there are no plans to make them “one and done”. At the same time, there are no further plans to reintroduce the Exclusivo or have a follow-up.

At a glance, here is a look at the Muestra de Saka Nacatamale.

The Nicaraguan tobaccos in the blend come from the same farm.

As mentioned the blend for the Muestra de Saka Nacatamale is in one size – a 6 x 48.