Agile Cigar Reviews are cigar assessments where we use a lightweight, shorter format. These will never take the place of our comprehensive reviews. They are only used on blends we have previously assessed. This might be a blend we are re-scoring or providing a score for a first time. It might be a blend we are looking at in a different size. Today we look at the Cornelius & Anthony Venganza in the Toro size. This is a cigar we assessed back in October 2016 in the Robusto size. 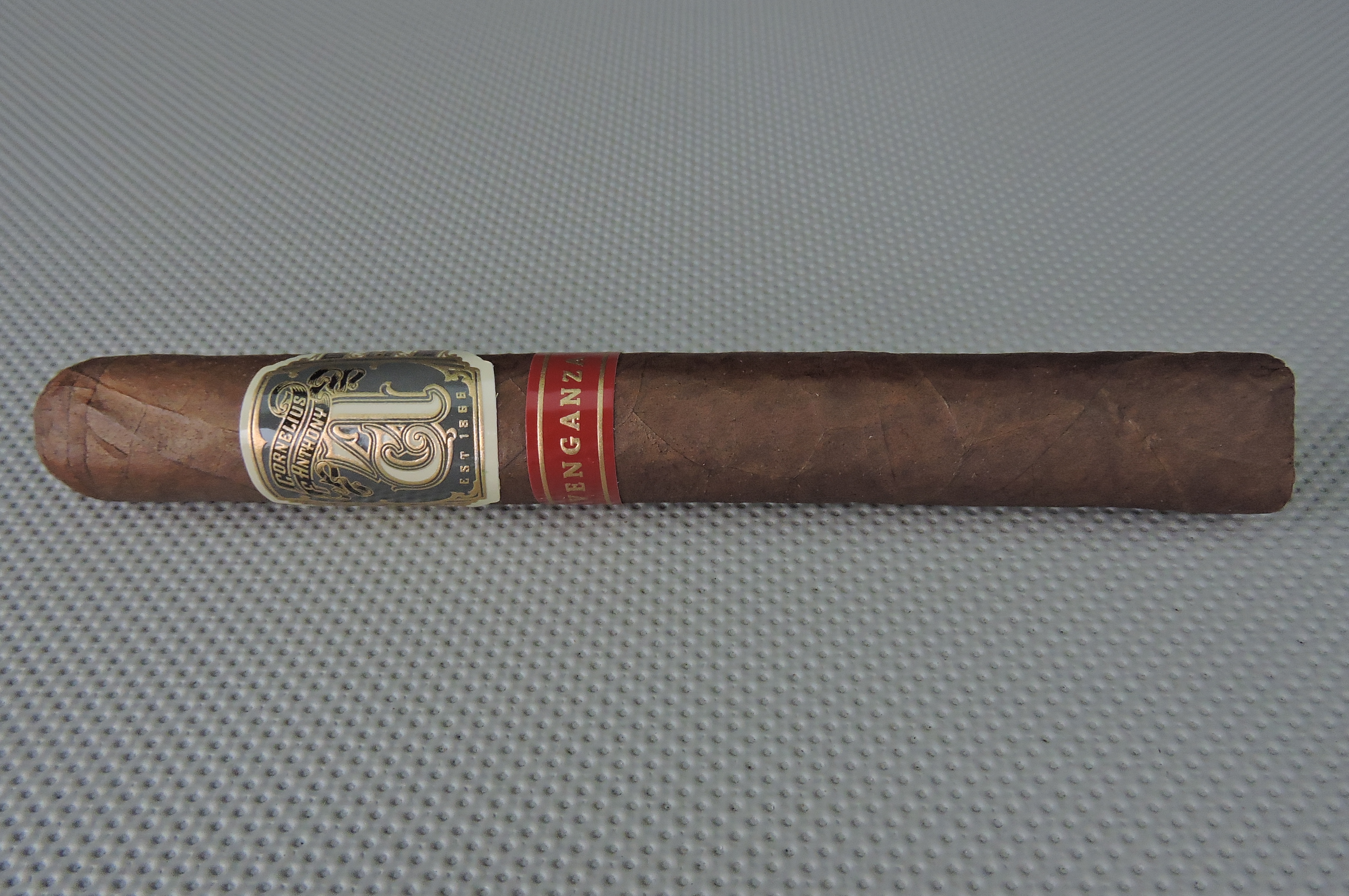 The name Venganza, it translates to “vengeance”. The packaging for the Cornelius & Anthony Venganza features artwork of the patent of the Bailey Machine Gun. It was designed by Fortune Bailey (we were told no relation to current owner Steven Bailey). Sometimes called the Gatling Gun, the Bailey Machine Gun is a rapid-fire machine gun. It is symbolic of the power behind this cigar. The slogan “Use only Venganza-Caliber Stogies for Maximum Effect” appears on this art work.

Last year I assessed the Venganza in the Robusto size. I found the Venganza Toro to share many similar characteristics. I detected notes of earth, wood, black cherry, classic wood, cedar, and chocolate. Early on the black cherry and earth notes were primary. As the cigar moved through the first third, a rich chocolate note started to develop. By the early part of the second third, the chocolate note was quite prominent and was in the forefront with the cherry and earth notes. The second half saw the sweetness diminish and the last third and the cigar took on more earth and woody characteristics.

I found this version of the Venganza Toro to be slightly dialed back. I assessed this cigar as being medium to full for both attributes. When I assessed the Venganza Robusto last year, I found it to be full strength, full-bodied. While I consider every vitola to be a unique smoking experience, I’ll infer it was the twelve-month aging mellowed this cigar more than the size change. I like a strong and fuller cigar, but I found this mellowing brought out more complexity with this cigar.

Overall, I really liked this aged version of the Venganza Toro. I found excellent balance between the sweetness and spice. While this cigar was slightly dialed back in strength and body, it’s still a cigar I’d recommend to an experienced cigar enthusiast. As for myself, it’s a cigar I would smoke again – and one definitely worthy of a box purchase.