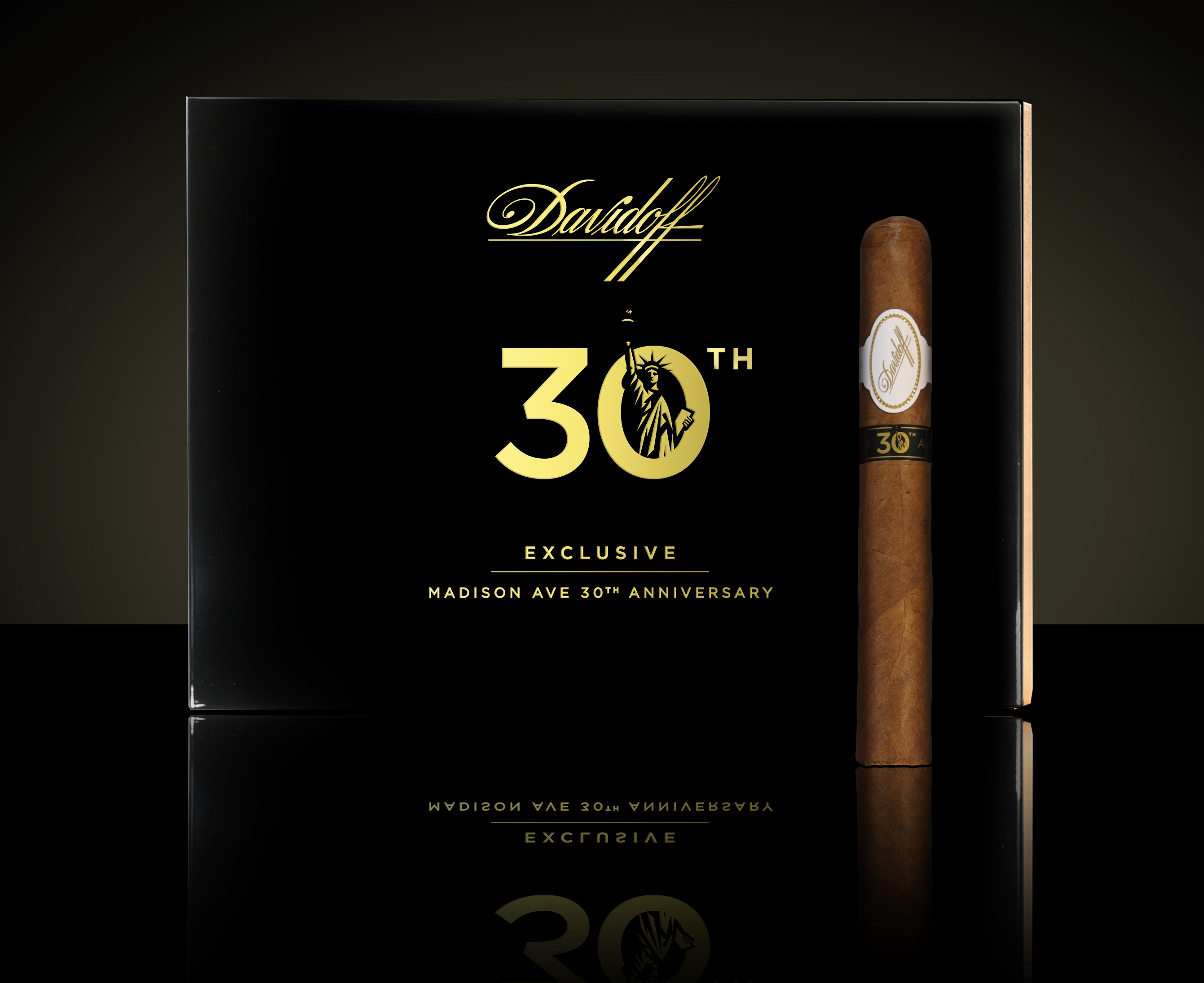 On June 10th, 1987 Davidoff of Geneva opened a flagship store located on Madison Avenue in New York City. This year, that store celebrates its 30th anniversary and Davidoff has released a cigar to commemorate the occasion. The cigar, dubbed the Davidoff Madison Avenue 30th Anniversary, will be a limited edition offering to Davidoff’s company-owned flagship stores in the U.S.

The cigar comes in one size – a 6 x 52 Toro. It features a Dominican grown wrapper over a Habano Ecuador binder and fillers from the Dominican Republic. The cigars will be offered in ten-count boxes and production has been limited to 600 boxes. Pricing is set at $26.00 per cigar.

“ I remember having met many interesting people at this store. Many years ago, I would do cigar rolling demonstrations on numerous occasions. That store always draws in some incredible personalities and cigar aficionados interested in what is next,” explained Eladio Diaz, Davidoff Master Blender in a press release.

“Any time I am in New York, the Madison Avenue store is my first stop. Over the years I have made many friends here, both at events and simply enjoying a cigar in the lounge with some guests,” added Henke Kelner, Davidoff Master Blender and Global Brand Ambassador.

The Davidoff of Geneva Madison Avenue is planning an invitation-only, intimate celebratory event on October 4th, 2017 where Kelner will be on hand to launch the new Davidoff Madison Avenue 30th Anniversary.

This is not the first cigar to commemorate the Madison Avenue Flagship store (which has since relocated, but is still on Madison Avenue). In 2012, the company released the Davidoff Madison Avenue 25th Anniversary.

At a glance, here is a look at the Davidoff Madison Avenue 30th Anniversary