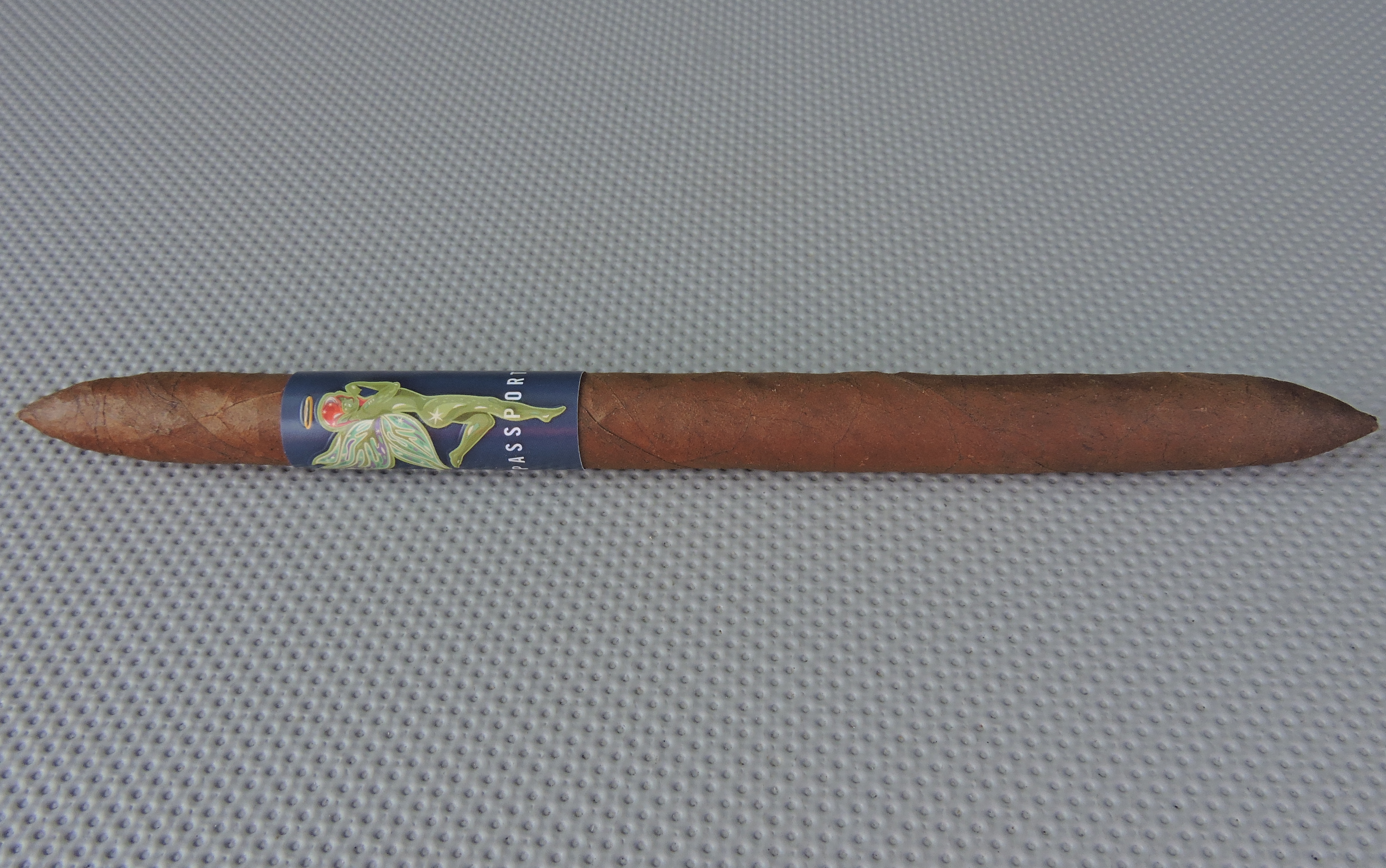 When Crux Cigar Company made its debut in 2014, it took a most unorthodox gateway into the cigar market. At that time the company launched three cigars with a 33 ring gauge and under. These cigars were the Skeeterz (4 x 32), Ninfamaniac (7 x 33), and Ninfamaniac Dark (7 x 33). The Ninfa is a classic Cuban size, but with its 7 x 33 size, it is one that is not common in the U.S. market. Crux took a different spin with its two Ninfamaniac releases by turning the Ninfa into a double perfecto. Despite the fact the Ninfamaniac sizes were against the norm, Crux was quite successful with them. Following its initial three releases, Crux followed up with lines that had more traditional U.S. sizes. One of the first of these lines was the Crux Passport. Today we take a look at the Crux Passport in the Ninfamaniac size, a vitola that is part of a Crux Ninfamaniac Collection sampler for Stogies World Class Cigars in Houston. While I can’t say the 7 x 33 is a “go to” size for me, I found the Crux Passport Ninfamaniac to be an excellent representation of the blend. 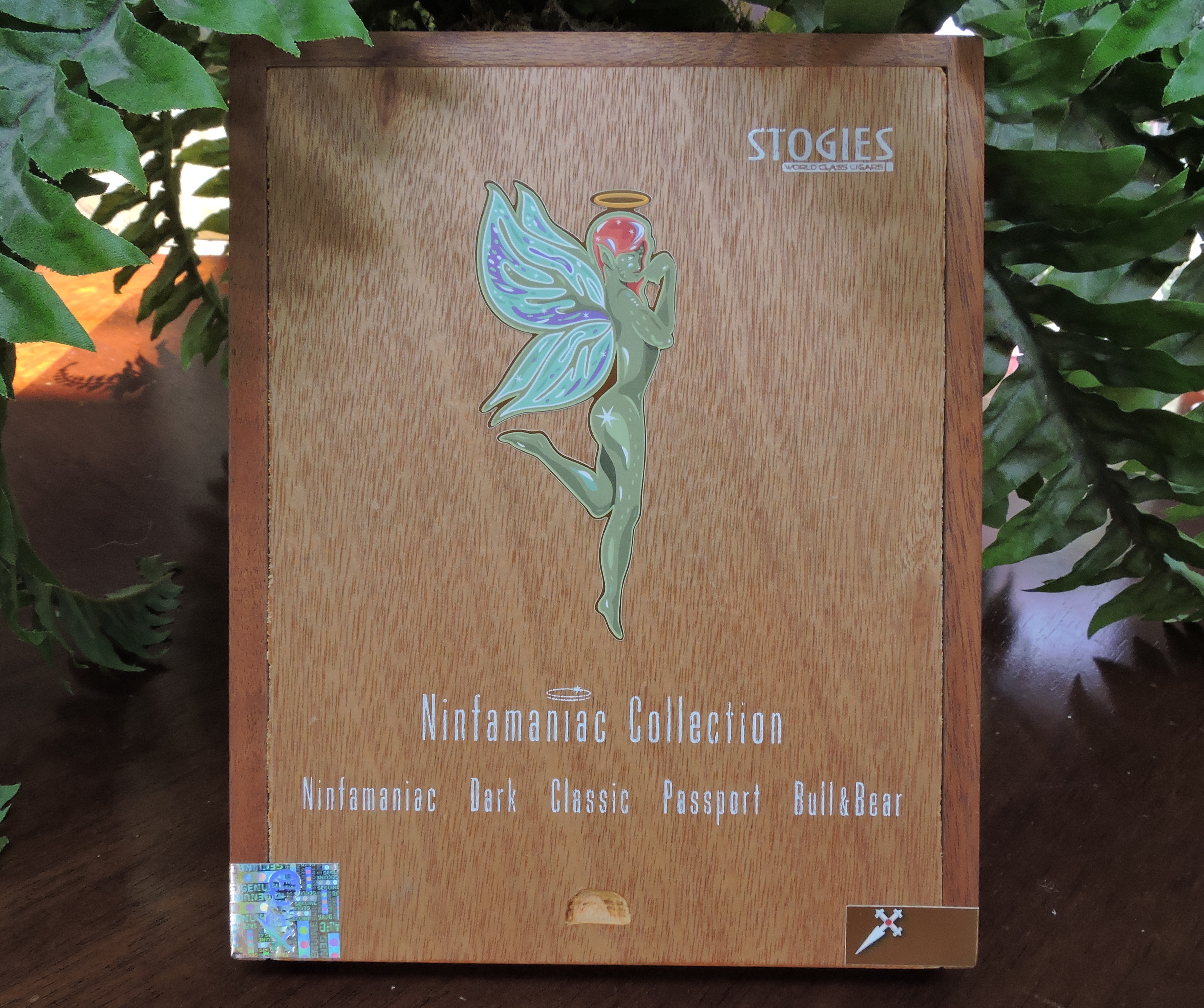 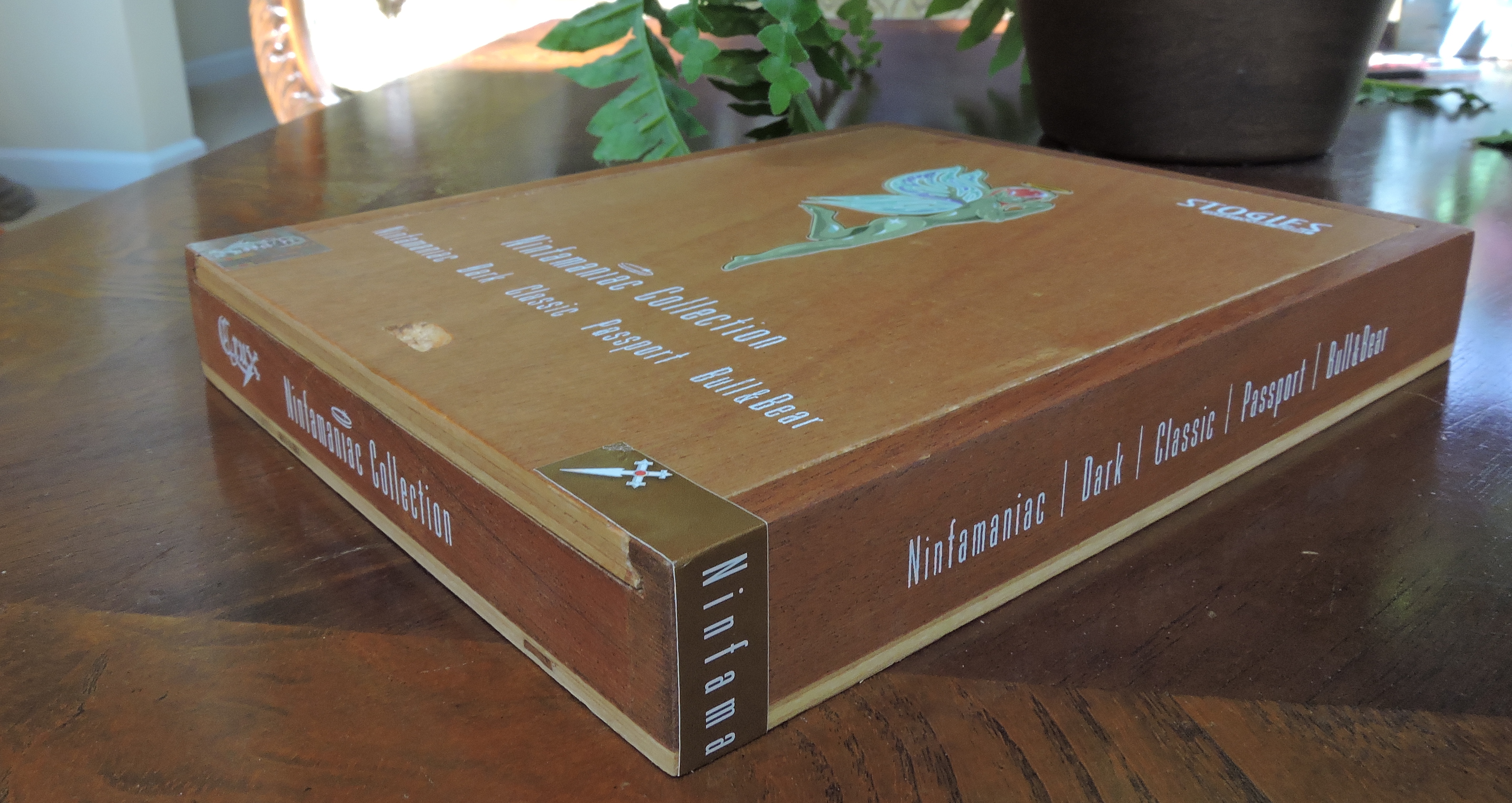 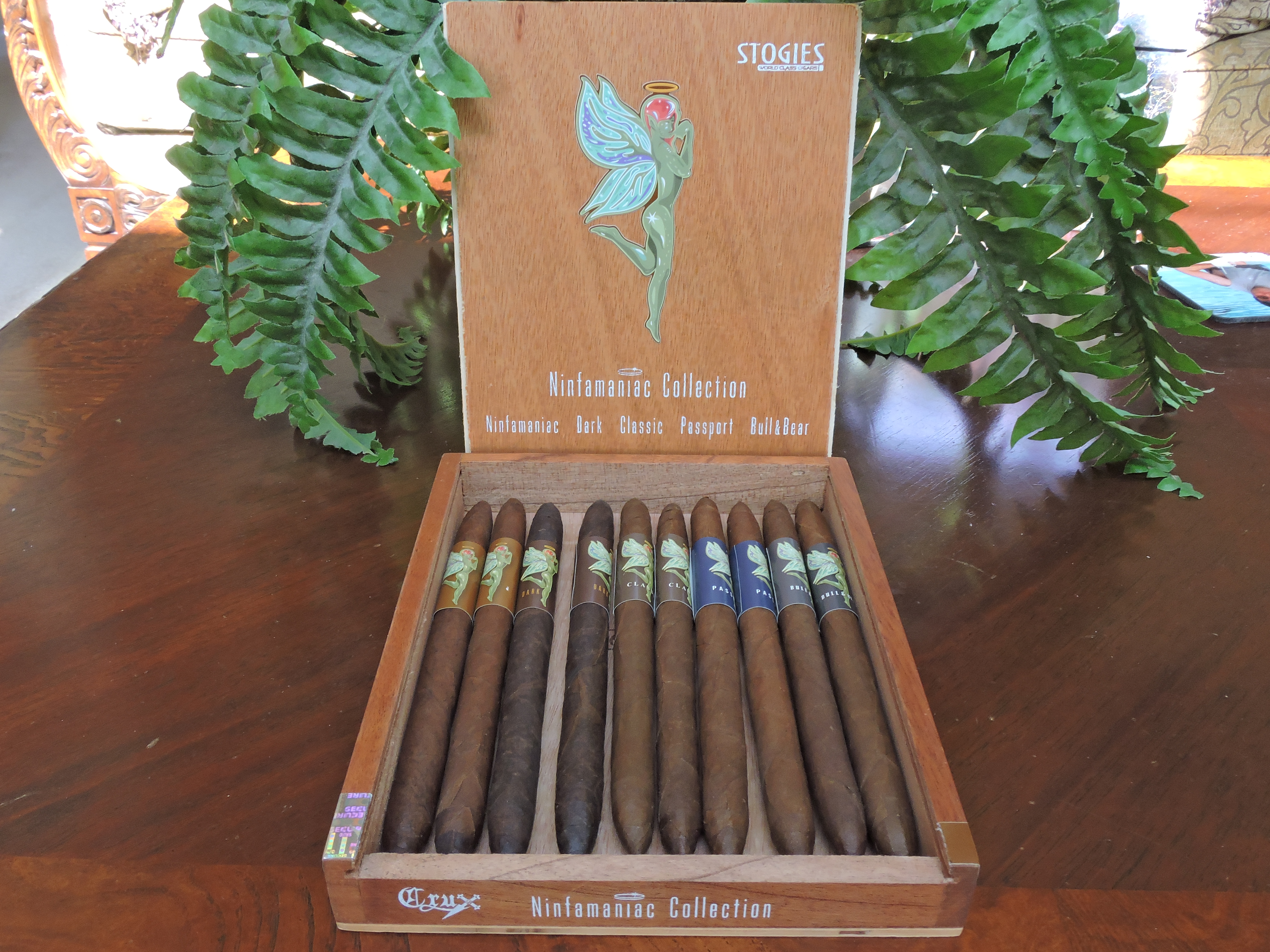 Without further ado, let’s break down the Crux Passport Ninfamaniac and see what this cigar brings to the table.

As with all Crux Cigars, the Crux Passport line is produced at the Plasencia factory in Estelí, Nicaragua.

Over the years, the Crux Passport has seen six sizes released.

Each of the Ninfamaniac vitolas features a closed tip on both ends of the perfecto. The Ecuadorian wrapper of the Crux Passport Ninfamaniac has a colorado red color to it. The surface of the wrapper of the cigar I sampled did not have much in the way of oil on the surface. I also found this to be a smoother wrapper. Any visible veins and visible wrapper seams were on the thinner side. 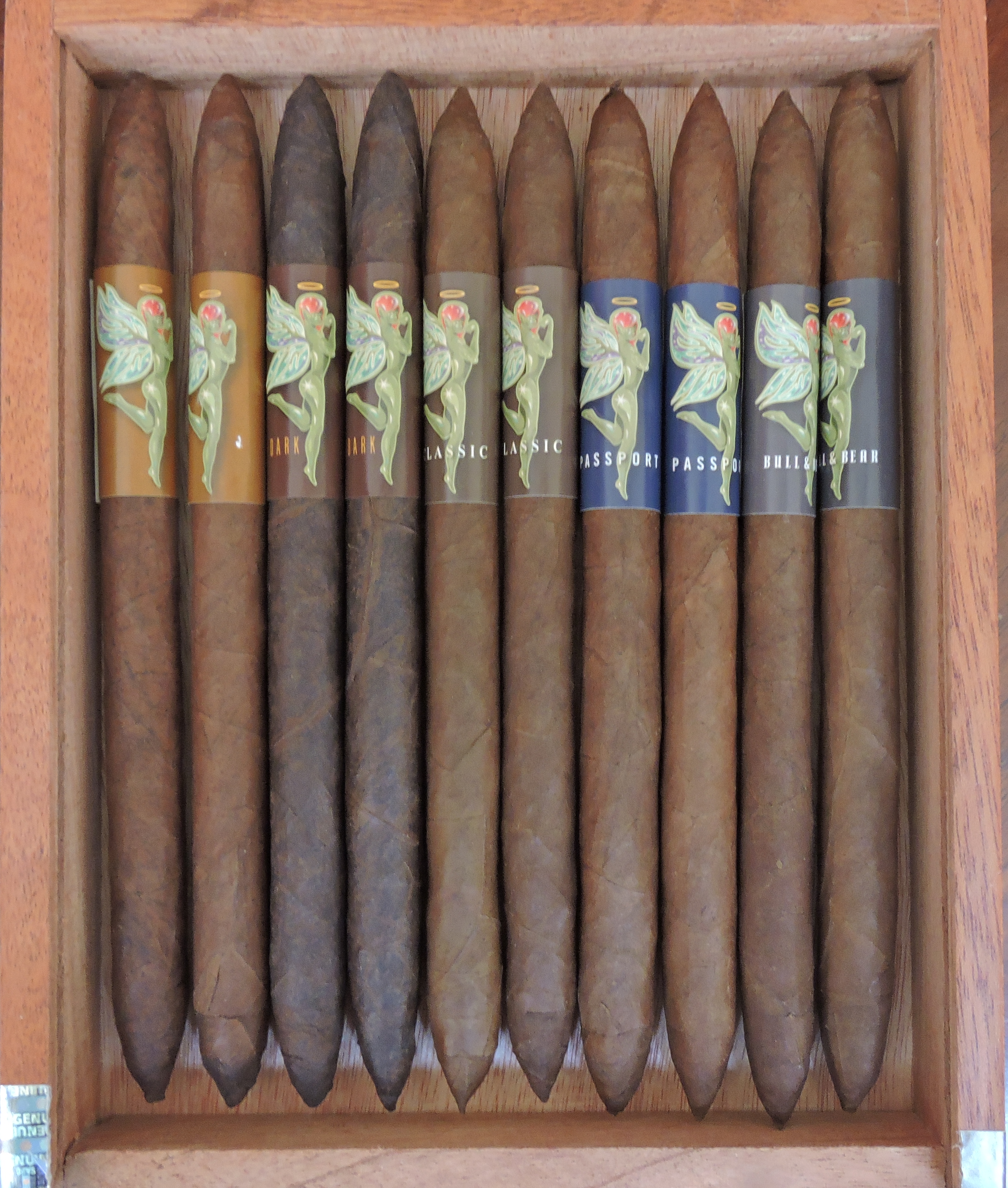 When it comes to perfectos, I normally will clip the tip to about a 38 ring. This allowed me to experience the tapering effect of the cigar. In the case of the Crux Passport Ninfamaniac, I ended up clipping just about the whole tip as I wanted to get as close to the 33 ring gauge as possible. After clipping the tip, I moved on to the pre-light draw. The dry draw delivered a mix of wood, cedar, and baker’s spice. Overall I considered this to have a satisfactory pre-light draw.

I was now ready to light up the Crux Passport Ninfamaniac. Instead of clipping the closed tip of the footer, I simply lit point of the tip and let the burn begin naturally.

The Crux Passport Ninfamaniac started with a short blast of red pepper. The red pepper receded on the tongue. Notes of classic wood, cedar, and natural tobacco surfaced in the forefront. Meanwhile, there were some notes on the retro-hale mixed in with some woody notes.

As the Crux Passport Ninfamaniac moved through the first third, the cedar and natural tobacco notes took command. Meanwhile, some baker’s spice mixed in with both the wood and red pepper notes in the background.

The last third saw the wood and cedar become the primary notes. The natural tobacco, pepper, and baker’s spice added a nice balance of sweetness and spices. I also now detected some additional lingering from the pepper in addition to the lingering sweetness on the after-draw. This is the way the Crux Ninfamaniac came to a close. The resulting nub was cool in temperature, but soft to the touch.

Overall the Crux Ninfamaniac Passport performed extremely well with its burn. There was a slight curvature on the burn line from time to time, but the cigar maintained a straight line and didn’t warrant any touch-ups. The resulting ash had a light gray color to it. This was a tight and firm ash. Meanwhile, the burn rate and burn temperature were ideal. 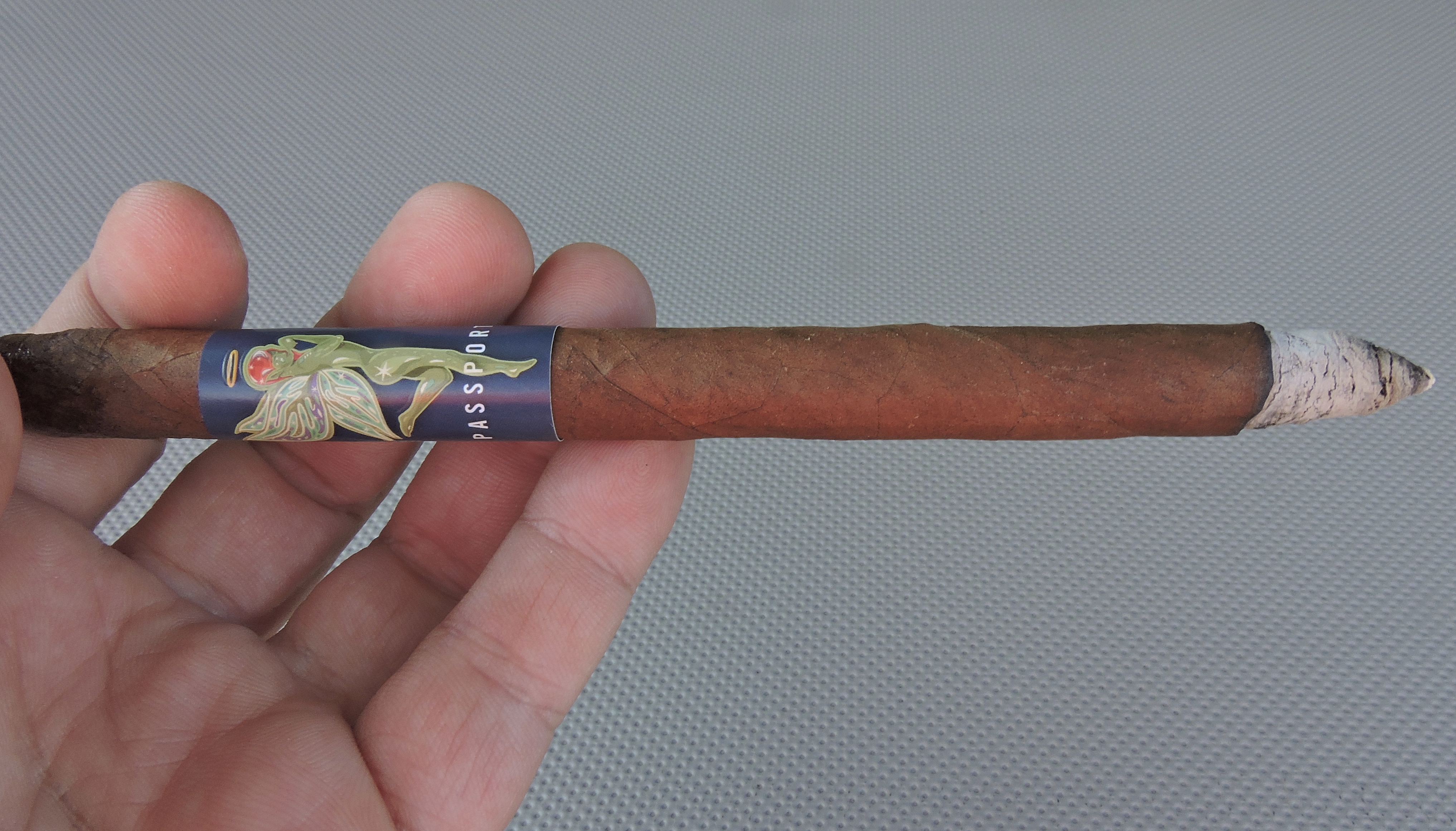 Burn of the Crux Passport Ninfamaniac

I found the draw to be excellent as well. There was no tightness with this thin ring gauge. This was a low maintenance cigar to derive flavor from.

A long-time philosophy of how I assess cigars is to consider each vitola individually from its sibling vitolas in the line. At the same time, I will never dismiss smoking a cigar just because a vitola is not my vitola of choice. In the case of the Ninfa, I’ll be honest this is probably a size I wouldn’t reach for on a regular basis. However, with the Crux Passport Ninfamaniac, I was quite surprised as this delivered an excellent smoking experience. The Passport is a blend I enjoy from Crux – and I really enjoyed it in the Ninfamaniac size. Overall I am finding the partnership of Crux and Plasencia is turning out some of the best thin ring gauges in the market today

While the Ninfa is not a size I’d recommend to a novice, it still a nice cigar for a seasoned cigar enthusiast to smoke. As for myself, it’s a cigar I’d smoke again. If these were available in 10 or 20-count boxes, they certainly would be under consideration for a box purchase.