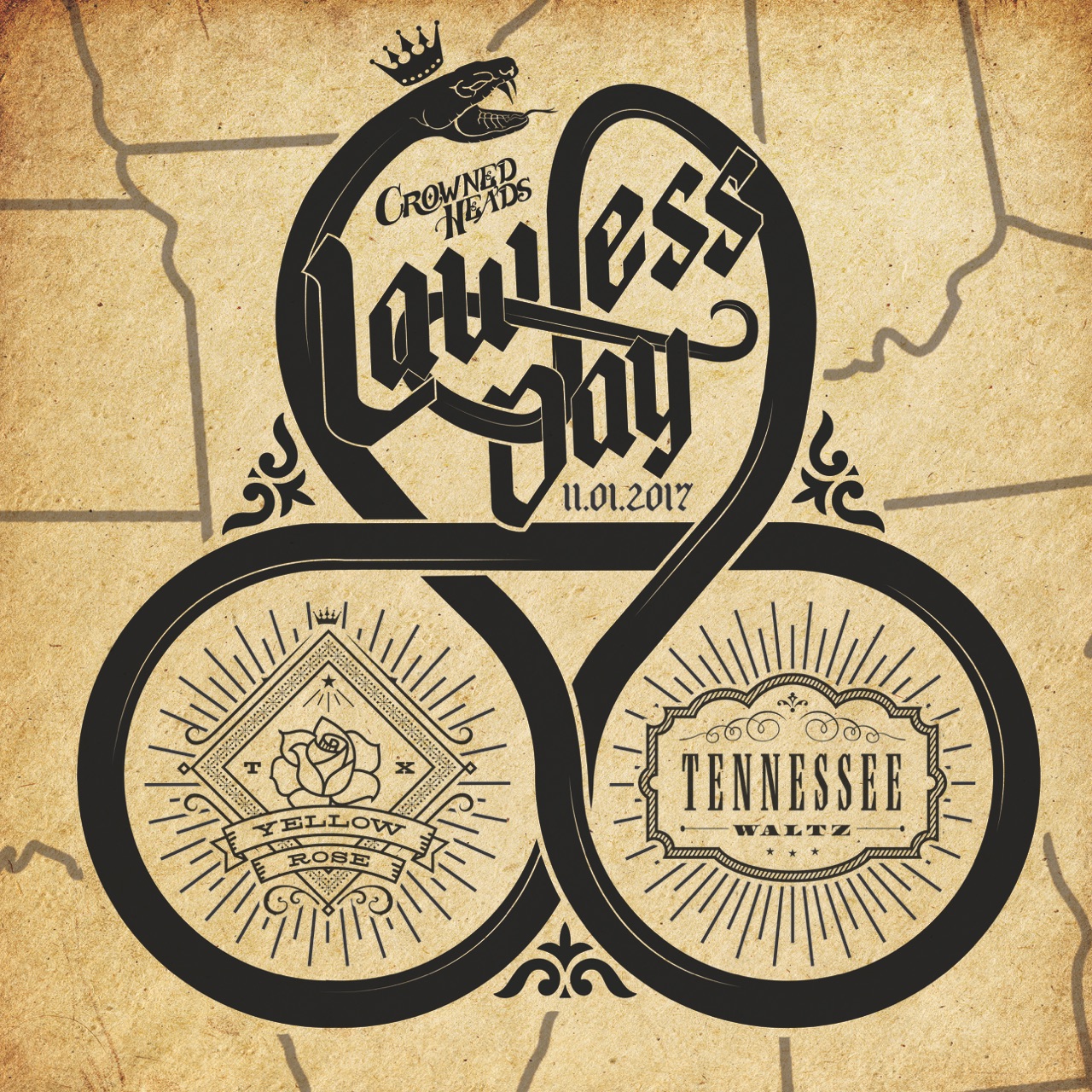 On November 1st, two of Crowned Heads most critically acclaimed and popular regional releases will be available nationwide for a 24-hour window. Today the company announced that the Tennessee Waltz and Yellow Rose, exclusive regional releases to Tennessee and Texas retailers respectively, will be offered for one day only nationwide for retailers to order. The promotion is being dubbed by Crowned Heads as  “Lawless Day”.

Lawless Day was inspired by the 2013 film, “The Purge,” where all illegal acts are de-criminalized for a 12-hour period.

“Waltz and Rose have consistently been two of our most sought-after cigars since their introductions,” said Crowned Heads Co-Owner/Founder, Jon Huber. “We wanted to use ‘Lawless Day’ as a day in which we not only could shine a light on these two great cigars, but also, further promote their availability via the Tennessee and Texas retailers that support these brands throughout the year, as most also mail order these cigars to states outside of their own. I’ve heard from people who’ve enjoyed both Waltz and Rose ranging from everywhere from Hawaii to New York to even Australia and Italy. Our hope is that if someone enjoys these cigars as a result of ‘Lawless Day,’ that they will then contact participating retailers in Tennessee and Texas going forward, as well.”

The Tennessee Waltz was introduced in 2014 as an exclusive release for the Tennessee market. The cigar is available in a single vitola (5 1/2 x 52). Produced at the My Father Cigars factory, the cigar features a Connecticut Broadleaf wrapper over Nicaraguan binder and filler.

Yellow Rose followed Tennessee Waltz in 2015. This cigar is a 6 1/4 x 54 box-pressed torpedo. It also is produced at the My Father Cigars factory and features a Connecticut Broadleaf wrapper over Nicaraguan binder and filler.