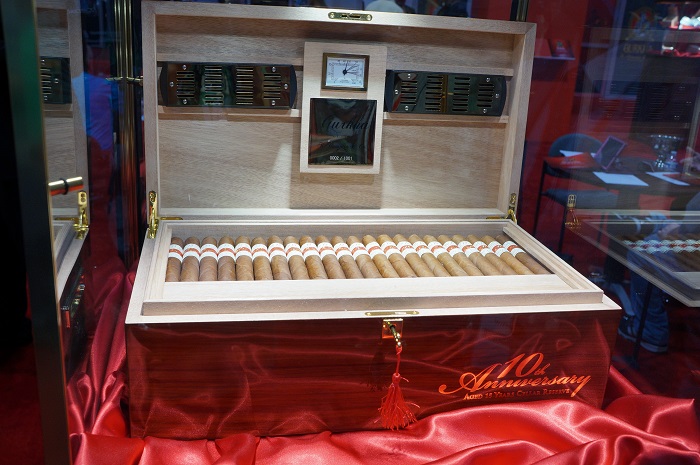 The 10th Anniversary 15 Year Cellar Reserve is a toro-sized cigar that features an Ecuadorian Rosado wrapper, a Nicaraguan binder, and “vintage” Nicaraguan fillers from Jalapa, Condega, and Estelí. The cigars are packaged in a luxurious 50-count humidor. There are 1,000 humidors that have been produced, with each unit priced at $700.00 with individual cigars selling for $14.00 each.

“The Cellar Reserve has always been very well received and garners amazing ratings and this special edition is no different,” said Kaizad Hansotia, CEO of Gurkha Cigars. “Stores loved this cigar as will cigar lovers and we are excited to finally be able to make it available so Gurkha fans can enjoy it.”