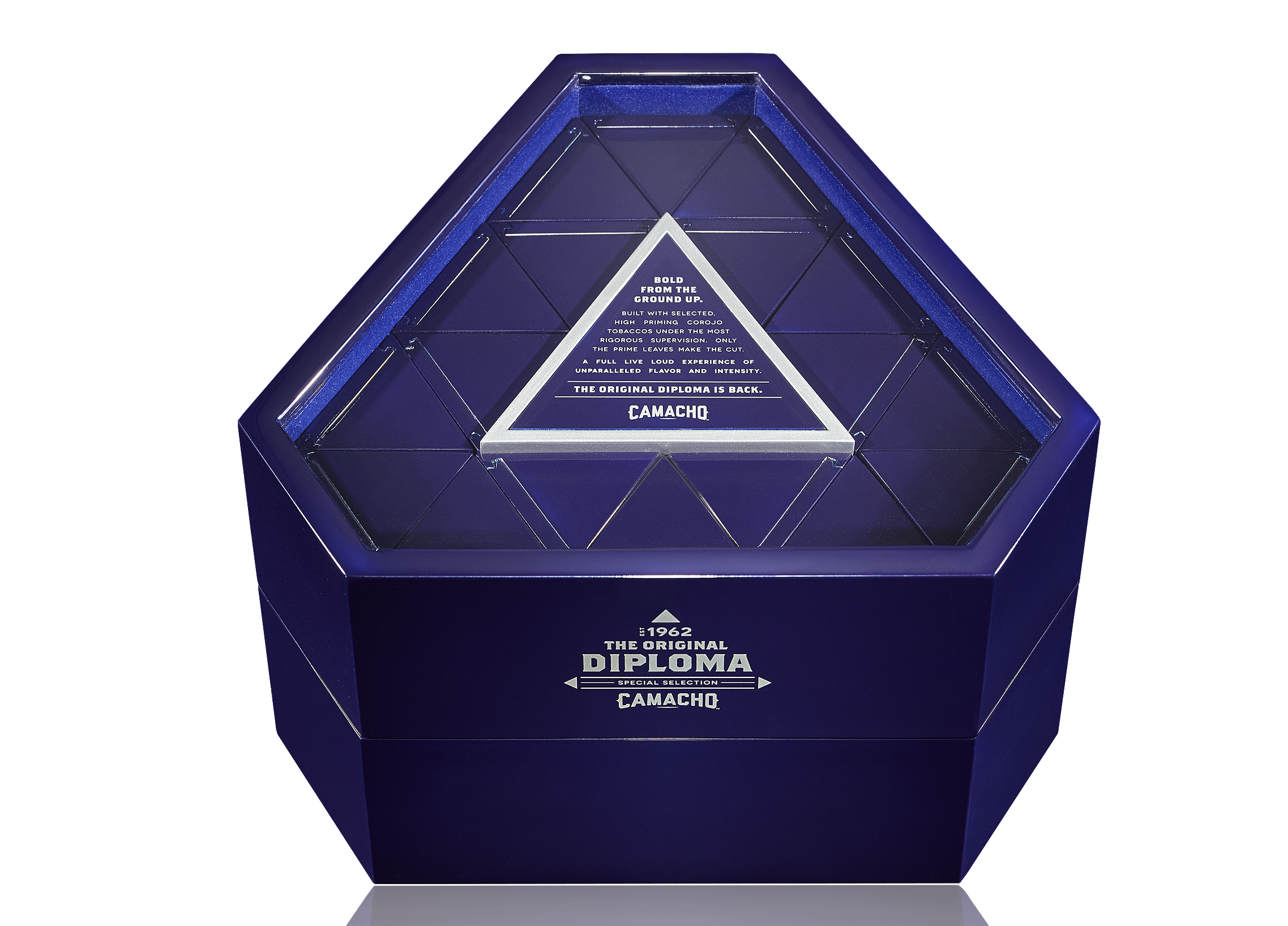 The Camacho Diploma is back. Camacho has announced it is relaunching the original Camacho Diploma line. While the cigars feature a unique packaging update, the blend returns to being 100% Original Corojo. Plans are for the Camacho Diploma to return as a limited production annual release starting next month.

Now dubbed the Camacho Diploma Special Selection, the blend returns to its original roots featuring high priming Original Corojo tobacco. Camacho says the cigars are made by five of the brand’s most experienced rollers at the company’s factory. Because of the limited availability of the tobaccos used, the Diploma will be limited to a once-a-year release.

The Camacho Diploma Special Selection is being released in one size – a 5 x 54 Robusto. Each cigar will be packaged in an individual triangular-shaped coffin which is housed in a unique hexagon shaped box. The box will hold 18 coffins and a total of 1,800 boxes have been produced (32,400 cigars). 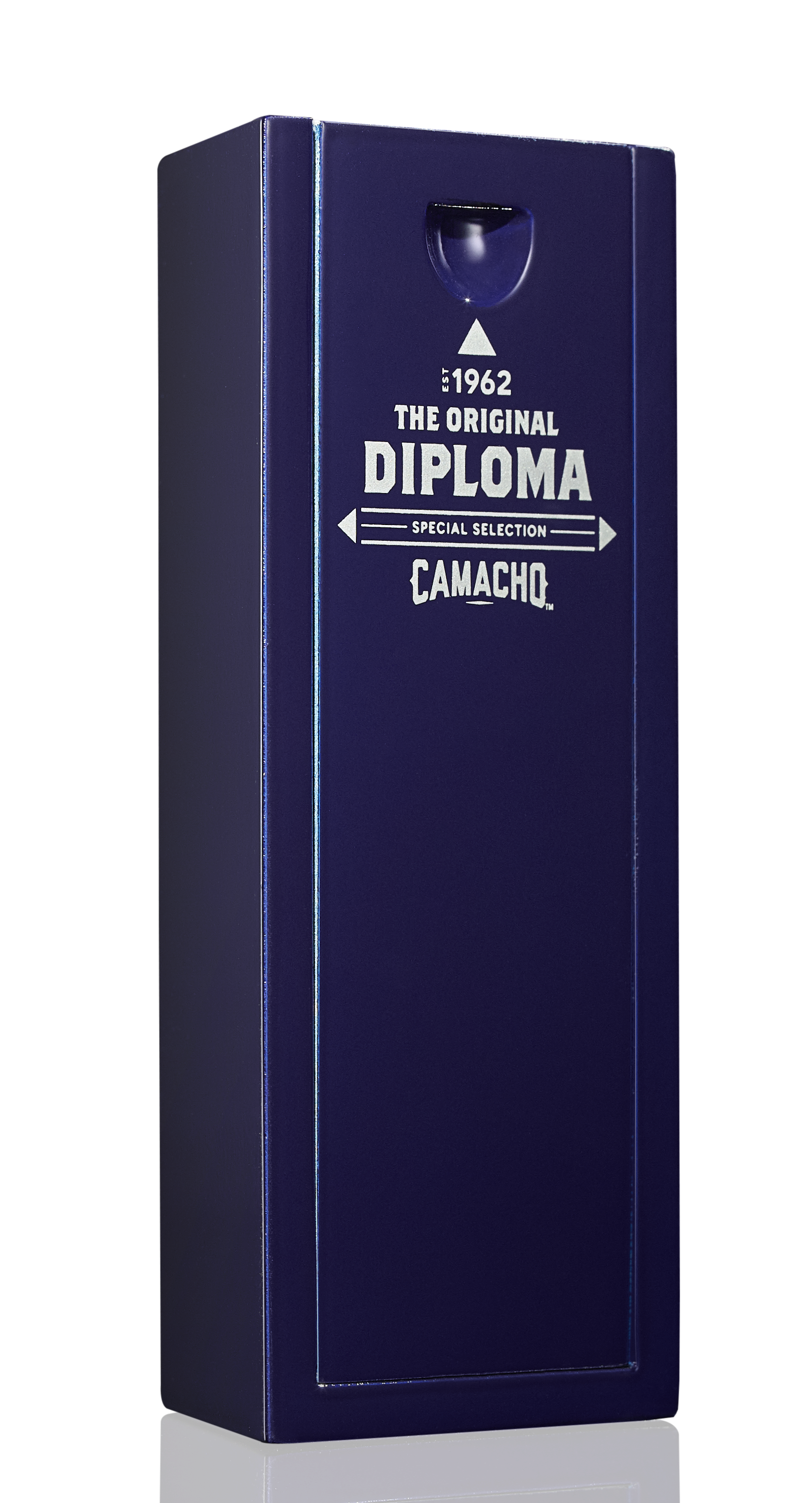 At a glance, here is a look at the Camacho Diploma Special Edition: