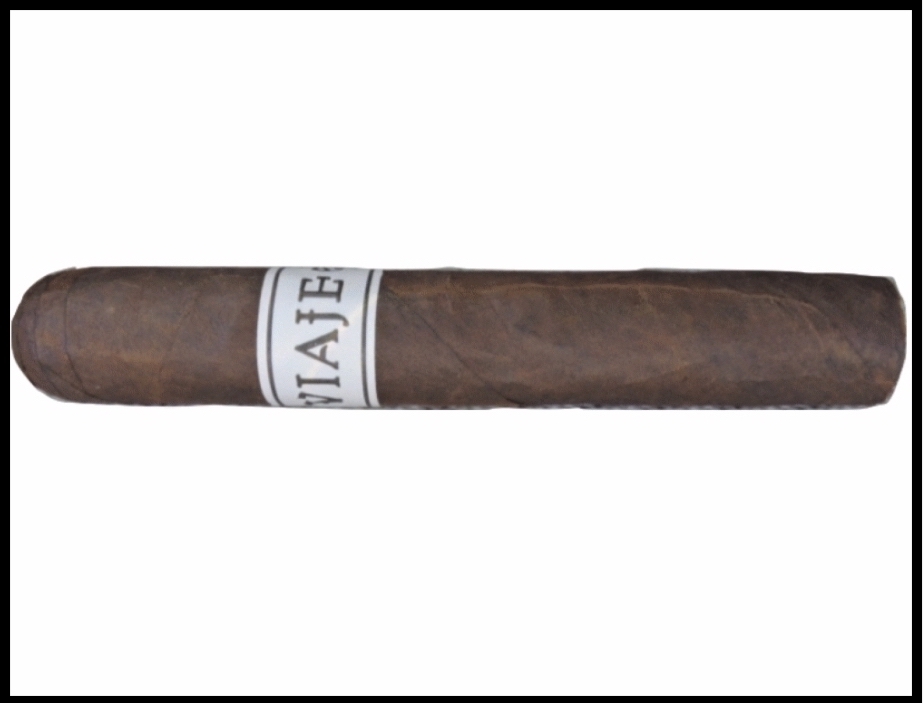 In 2014, Andre Farkas and Viaje Cigars launched a project where Viaje would team up with industry leaders to produce a collaboration cigar. The series was originally dubbed Viaje Collaboration, but that would change in 2016 due to a trademark issue. The common denominator would be that Viaje would do the collaboration with someone who also owned a factory. Earlier this year, Farkas unveiled and released the Viaje Piña, a cigar done in conjunction with Ernesto Perez-Carrillo Jr at the Tabacalera La Alianza family. Today we take a closer look at the Viaje Piña in the Bohea (Robusto) size. Overall, I’ve been impressed with this collaborative releases as a whole, and the Viaje Piña is no exception.

Piña is Spanish for pineapple. The state of Hawaii is well known for pineapples and it was in Hawaii where Farkas came up with the concept. Farkas had many many trips to Hawaii and had grown to love the friendships with the people from Hawaii. Realizing that cigars are often a way to bring people together, he felt this was a good conduit to do a collaboration. He then reached out to Perez-Carrillo and last November the Viaje Piña was rolled.

One thing that is different is the banding of Piña. This uses the Viaje White Label Project (WLP) banding. WLP serves many functions: WLP is the vehicle that Viaje releases experimental blends, shapes, mash ups, factory errors, etc. It sometimes is as simple as using it for cigars he doesn’t have regular packaging (i.e. Viaje Birthday Blend). Below we list the four collaborations Farkas has released.

Without further ado, let’s break down the Viaje Piña and see what this cigar brings to the table.

The Viaje Piña is available in two sizes. This is the first of the four collaborations to be released in multiple vitolas. Each is packaged in 24-count wheels that are put into cabinet-style boxes. Over the years, Viaje White Label projects have been bundle releases, but the Piña follows the path of the Viaje Birthday Blend and is available in the cabinet-style boxes. 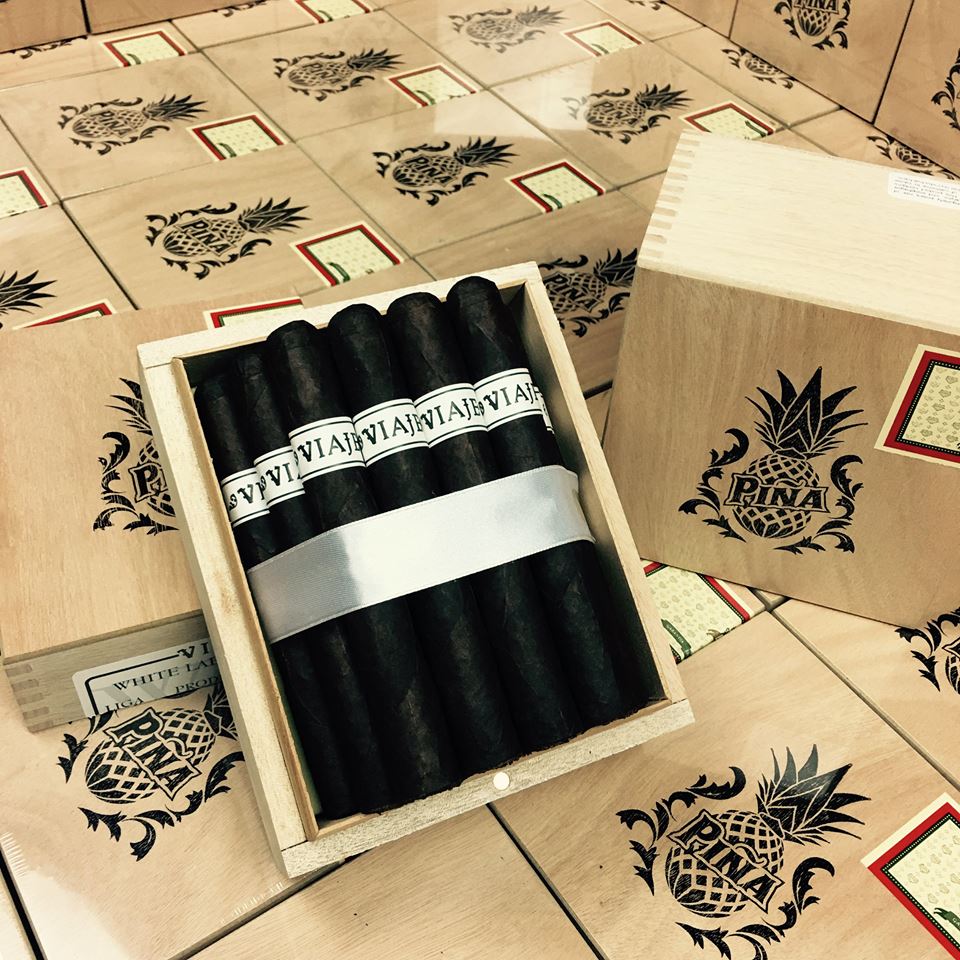 The two sizes of the Viaje Piña are:

As for the vitola names, Bohea refers to a type of tea that originated in China. Meanwhile, Mahana refers to a green sand beach located on the “big island” of Hawaii.

The San Andres Maduro wrapper of the Viaje Piña Bohea had a dark espresso bean color.There was a light coating of oil on the wrapper. The wrapper was on the bumpy side. It had both visible veins and visible wrapper seams.

As mentioned, the Viaje Piña utilizes Viaje’s White Label Project banding. This is a simple white-colored band with the text “Viaje” prominent in a black colored-font. There is a thin black pinstripe at the top and bottom of the band.

As I normally do, I went with a straight cut to remove the cap of the Viaje Piña Bohea. After removing the cap, I moved on to the pre-light draw phase. The dry draw delivered a mix of coffee, leather, and a slight cedar note. Overall I considered this to be an excellent pre-light draw. At this point, I was ready to light up the Viaje Piña Bohea and see what the smoking phase would have in store.

The Viaje Piña Bohea started out with notes of dark chocolate, licorice, red pepper, and cedar. There was an additional layer of cedared pepper on the retro-hale. At times the red pepper on the retro-hale was on the sharp side. As the Viaje Piña Bohea moved through the first third the dark chocolate notes moved into the forefront. The red pepper and cedar were grounded in the background. Meanwhile, the licorice notes transitioned to a citrus note.

During the second third of the Viaje Piña Bohea, the dark chocolate notes became richer. I also found the cedar notes increased in intensity, not quite becoming a primary note. The citrus and red pepper were in the further distant background on the tongue.

Moving through the final third of the Viaje Piña Bohea, the dark chocolate notes lost some of its richness, but still remained the primary note. There also was a slight increase in the citrus. Like the cedar in the second third, the citrus never quite reached the forefront. While there were still notes of red pepper on the tongue, they remained prominent on the retro-hale. This is the way the Viaje Piña Bohea came to a close. The resulting nub was cool in temperature and on the soft side.

The Viaje Piña Bohea scored nicely when it came to its burn. The cigar maintained a relatively straight burn line and had no problem keeping.a straight burn path.  The resulting ash wasn’t overly firm, but it wasn’t loose or flaky either. This was an ash with a classic salt and pepper color scheme. The burn rate and burn temperature were both ideal 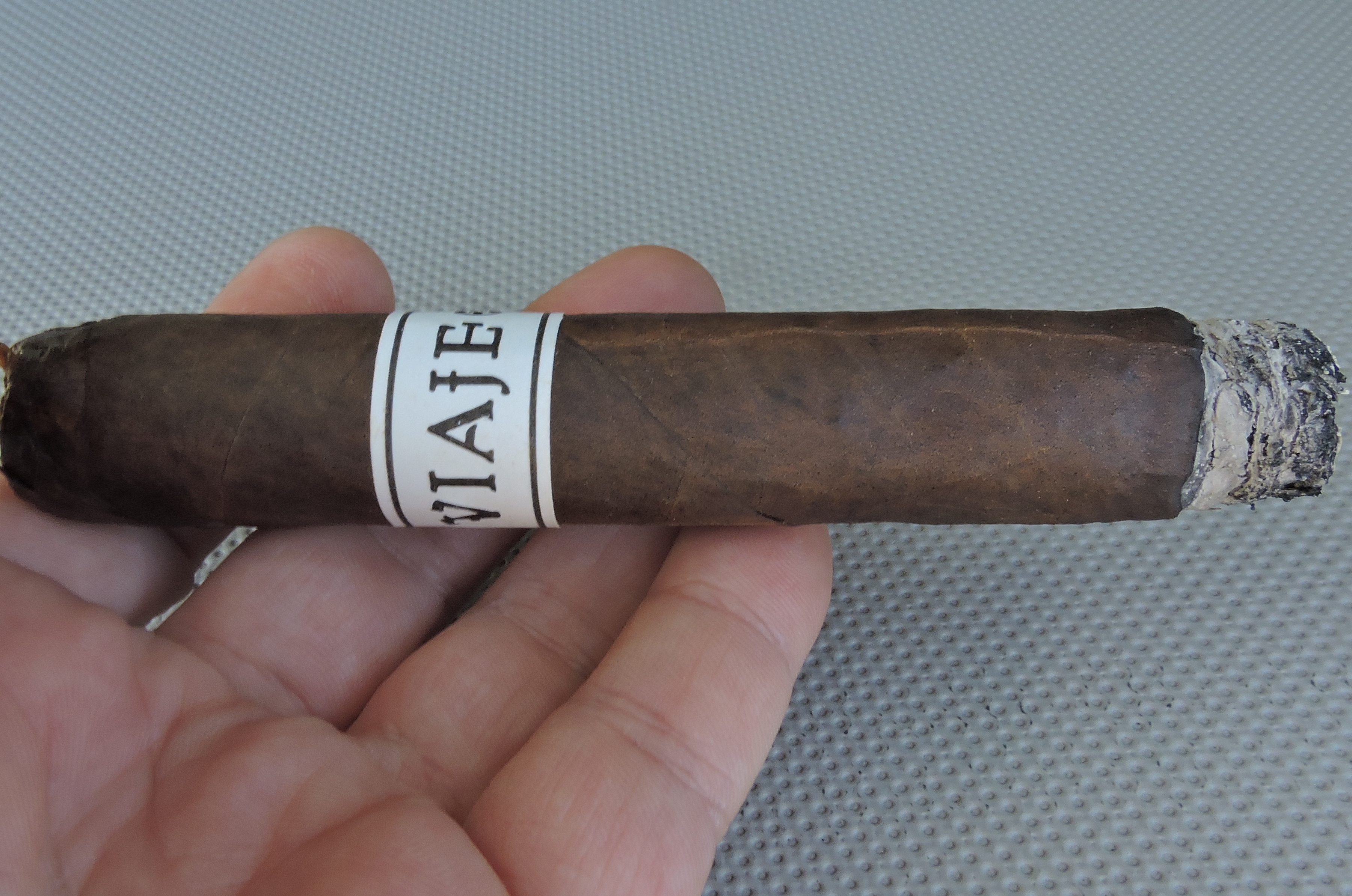 Burn of the Viaje Piña Bohea

The Viaje Piña Bohea had a low maintenance draw. I describe this draw as open, but not loose. There was also a decent amount of smoke production from this cigar.

In terms of strength, the Viaje Piña Bohea started out in the medium range. Toward the last third, there was a slight increase in strength that snuck up on me each time. Meanwhile, the body of the Piña Bohea started out medium to full. While the body did build up in intensity, I found it still remained in the medium to full range at the close of the cigar experience.

When looking at strength versus body, I found the body had the edge throughout the smoking experience – although the gap closed in the second half.

The Viaje Piña Bohea was an enjoyable cigar. Ernesto Perez-Carrillo Jr. has become well known for his Sumatra and Connecticut Broadleaf wrapper offerings. While I enjoyed the San Andres offering of the Viaje Piña, I did wonder what would happen if Farkas and Perez-Carrillo Jr. collaborated on a Sumatra or Broadleaf release. While it wasn’t an overly complex cigar, the flavors of the Viaje Piña Bohea kept me interested from start to finish. This is a cigar I’d recommend to an experienced cigar enthusiast. At the same time, this is a cigar I would not discourage a novice from trying. As for myself, this is a cigar I’d smoke again – and it’s worthy of a multiple cigar purchase.