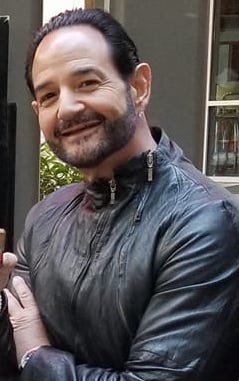 After a year out of the cigar industry, Michael Giannini is back.

Giannini, best known for his tenure at General Cigar Company where he served in a variety of roles including Director of Innovation, has been named the Creative Director at Ventura Cigar Company. Throughout the past few weeks, Giannini had been making appearances at several retailers with the Ventura Cigar team, but yesterday the announcement was made official.

“It’s a great fit and I’m glad to be with these guys,” said Giannini in a phone interview with Cigar Coop.

Based in Moorpark, California in the Los Angeles area, Ventura Cigar Company is the premium cigar division of Kretak International. The company has partnered with many leading cigar factories (Davidoff, Drew Estate, La Aurora, Rocky Patel)  to develop a variety of brands. Now Giannini will lend his years of expertise to help continue to grow this division.

Giannini’s role will be with brand development and he will also serve as brand ambassador – roles he has experience with from his days at General. Wearing the brand development hat, he will also work with the factories Ventura partners with to bring brands to market.  In terms of new projects, Giannini couldn’t tip his hat on specifics, but there will definitely be projects that have his “signature” on it. On the brand ambassador side, Giannini will essentially become the “face” of Ventura – meeting with customers and doing events.

“It’s more about mentoring and helping the company grow,” commented Giannini. He added, “at some point, I’ll get to work with some of these great factories. It’s been a dream of mine and now it’s coming to fruition.”

Following his departure from General Cigar Company, Giannini took some time off. During this time, he had made a decision to relocate to Los Angeles, California. While going through the transition, he connected with the Ventura Cigar team and the wheels were put in motion. In his position, Giannini will report to Jason Carignan, Kretek International’s Chief Marketing Officer.

Giannini had a long career at General Cigar Company. It was in 1999 when he joined the company following General’s acquisition of  Ernesto Perez-Carrillo Jr’s El Credito company. At the time, Giannini was the National Sales Manager at El Credito.  He would join General in a similar capacity.  Eventually, when Perez-Carrillo departed General, Giannini would emerge as the face of Perez-Carrillo’s brand La Gloria Cubana. With success at La Gloria Cubana, Giannini’s role was expanded in 2012 as he was named Creative Director and Director of Innovation. While he remained active with La Gloria Cubana, he was given creative input across the whole General Cigar portfolio. Later that year, he became the creative force behind a new boutique-styled subsidiary in General Cigar known as Foundry. Back in September 2016 Giannini and General Cigar parted ways.

For a complete look at Giannini’s tenure at General Cigar Company, check out our feature story from last year.