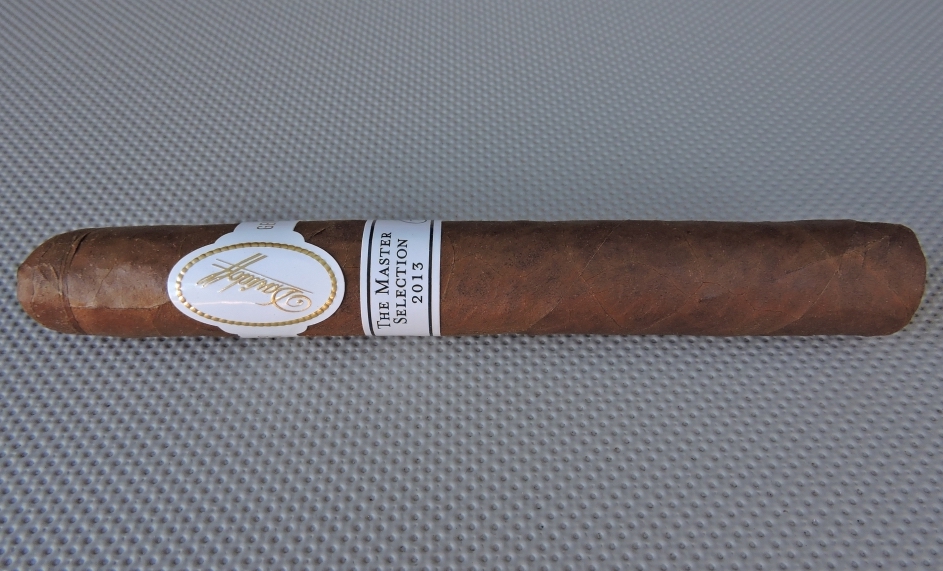 In the series, Davidoff is making three cigars available to its Appointed Merchants. The other three are going to the company-owned Flagship stores. Each cigar is many to commemorate a particular birthday year for Diaz. Davidoff has been staggering the release of the blends throughout 2017. The cigars in the series are:

Without further ado, let’s break down the Davidoff Master Selection 2013 and see what this cigar brings to the table.

The Habano Ecuador wrapper of the Davidoff Master Selection 2013 had a medium to dark brown color with a slight Colorado tint. This wrapper had a light coating of oil on the surface. . I also found the surface to be slightly bumpy. While most of the wrapper seams were well hidden, there were some thin visible veins.

There are two bands on the Davidoff Master Selection 2013 cigar. The first band is similar to the classic Davidoff White label. It features the name “Davidoff” in classic cursive gold-colored font on an oval field of white. There are small gold circles going around the perimeter of the oval. The word “GENEVE” (in gold font) flanks to the right of the oval field. To the left of the oval, is the text “LIMITED EDITION” in gold font.

The secondary band is also white in color. There is a black pinstripe near the top of the band, as well as one toward the bottom of the band. On the center of the band is the text “THE MASTER SELECTION 2013” – also in white font. The right side of the band what appears to be Eladio Diaz’s signature.

As I normally do, I used a straight cut to remove the cap of the Davidoff Master Selection 2013. Once the cap was removed, I proceeded with the pre-light draw. The cold draw delivered a mix of sweet natural tobacco, classic wood, and a slight cedar note. Overall, I considered this to be a very good pre-light draw. At this point, I was ready to light up the Master Selection 2013 and see what the smoking phase would have in store.

The Davidoff Master Selection 2013 started off with more notes of sweet natural tobacco. These notes became primary early on. I also detected notes of grass, black pepper, and cedar in the background. As the Master Selection 2013 moved through the first third, the sweet natural tobacco at times had almost a nougat-like quality. Meanwhile, on the retro-hale, I detected an additional layer of black pepper.

During the second third of the Master Selection 2013, there was a slight increase in the grass and black pepper notes. Simultaneously, I found the sweetness from the natural tobacco was diminishing. By the second half, the natural tobacco had definitely shed most of its sweetness and had some earthy qualities present. Meanwhile, I still detected some cedar in the background.

The final third of the Master Selection 2013 didn’t see much change in the overall flavor profile. There was a little more grass and pepper present with the natural tobacco and earthy notes. While the pepper had increased it never got overpowering. I also still picked up a touch of cedar. This is the way the cigar experience of the Davidoff Master Selection 2013 came to a close. The resulting nub was firm to the touch and cool in temperature.

I found the Davidoff Master Selection 2013 to have excellent construction and this was reflected nicely on the burn and draw. While there was a slight amount of curvature on the burn line early on, this was not a burn that was in danger of meandering or getting off track. The resulting ash was tight and firm with a light gray color. Meanwhile, the burn rate and burn temperature were both ideal. 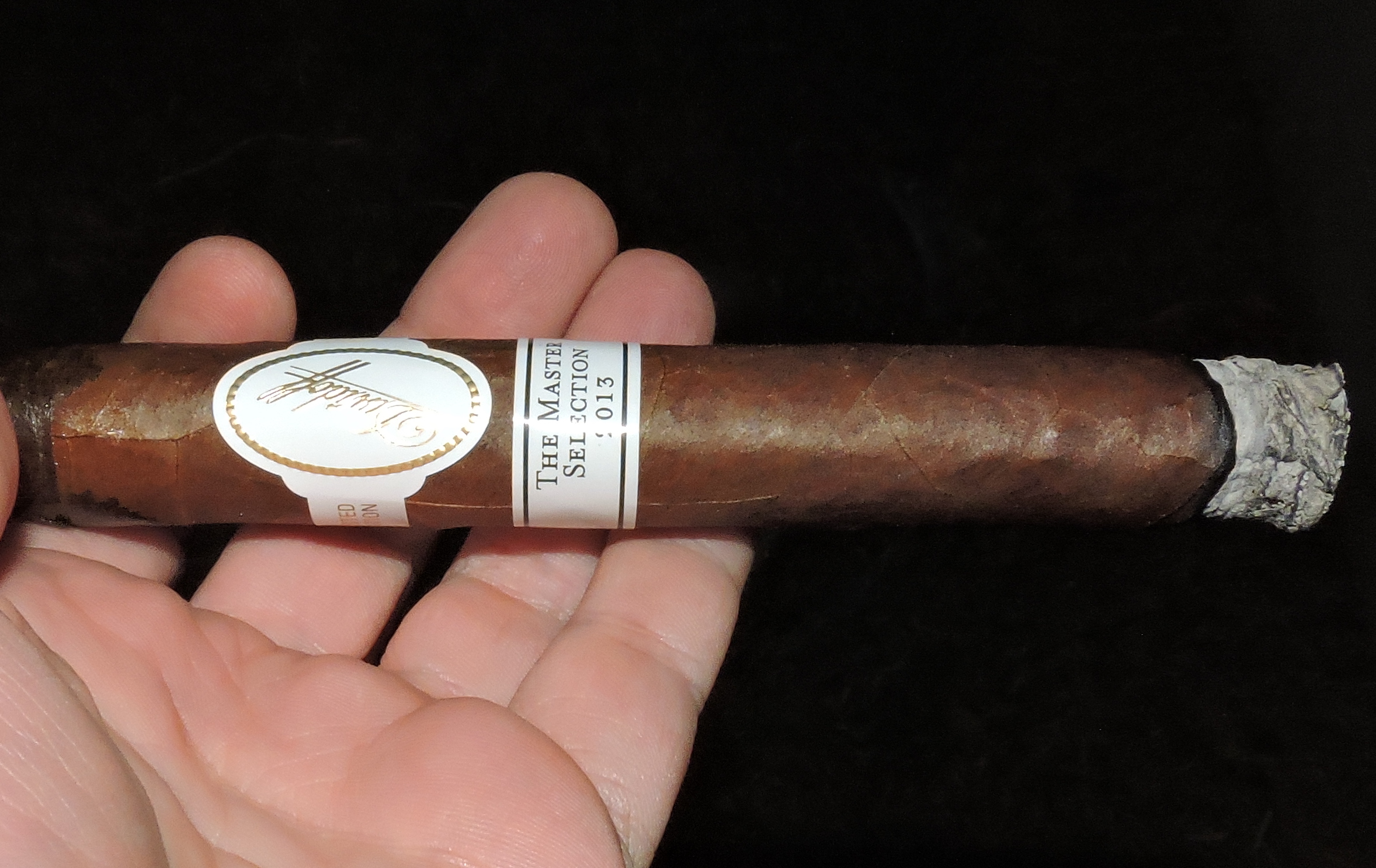 Burn of the Davidoff Master Selection 2013

The draw to the Master Selection performed nicely. This was a draw that was somewhat on the open side, but not loose. I found this to be a low maintenance cigar to derive flavor from. I also found this cigar produced an ample amount of smoke.

The Davidoff Master Selection 2013 started out with medium strength and medium body. There was a slight increase in the intensity of both attributes throughout the smoking experience, but in the end, both attributes were still in the medium range of the spectrum. In terms of strength versus body, both attributes balanced each other nicely with neither attribute overshadowing the other.

Normally I don’t prefer a cigar with a lot of sweetness – even if it is all from natural tobacco. The Davidoff Master Selection 2013 delivered a nice dose of natural tobacco sweetness early and in this case, I actually found myself enjoying it quite a bit. As the sweetness died down, I was surprised that I found myself missing it. One other thing that stood out was how this was quintessential Davidoff – namely the notes of natural tobacco, black pepper, and grass really shined well and worked together. Overall, this is a cigar I would recommend to either an experienced or novice cigar enthusiast. As for myself, this is a cigar I would smoke again – and it’s one worthy of picking up multiples.