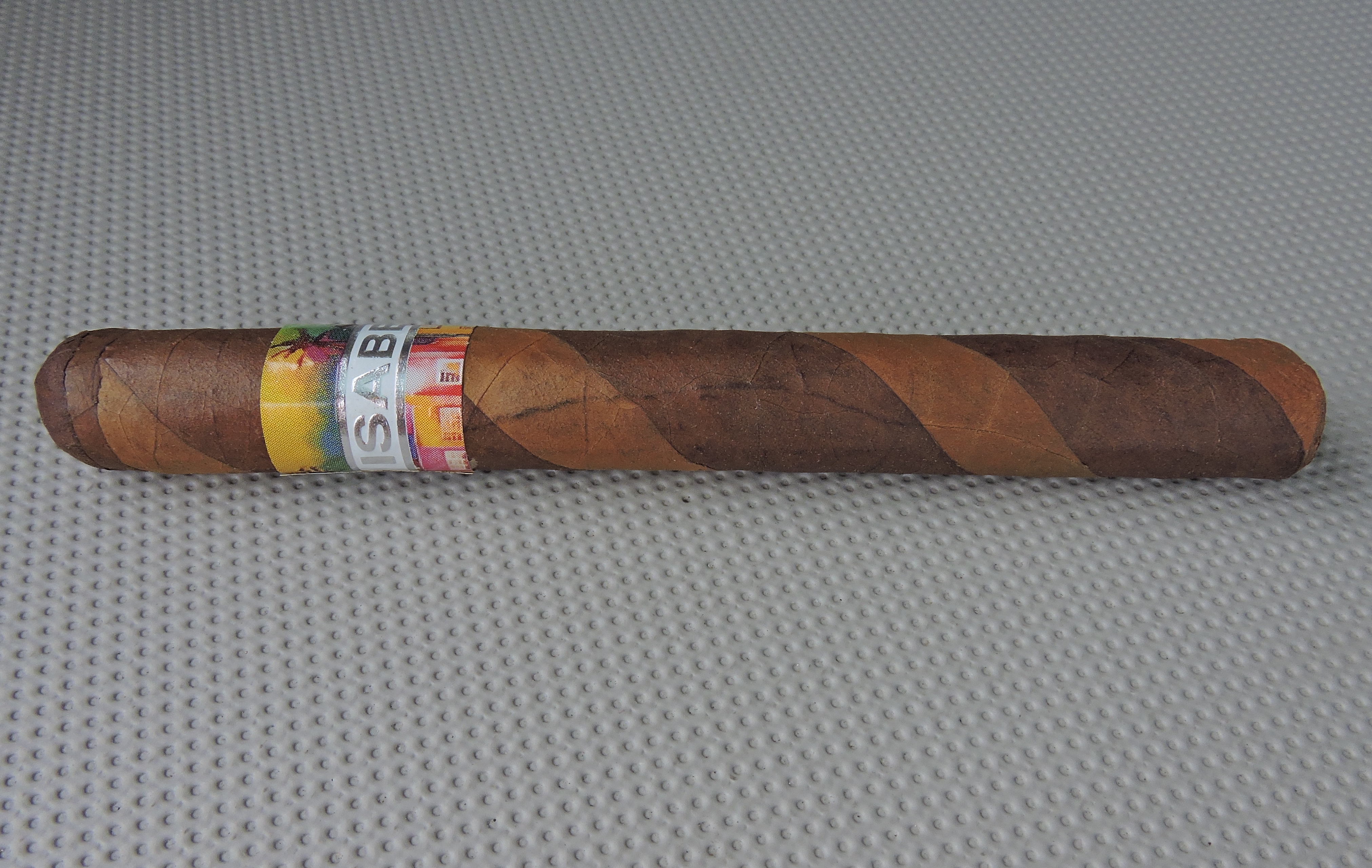 The Isabela StarDust is a small batch, limited edition cigar by Isabela Cigar Company. The company is the brainchild Johnny Piette, who in 1997 would connect with a Cuban Cigar Master named Vincente Ortiz. Ortiz had a small factory located in the Little Havana area of Miami. He would eventually become a mentor to Piette. This would lead to the start of Isabela Cigar Company and the cigars the two produced started to gain a following. Eventually, demand for the cigars and tobacco would move production to Nicaragua. In 2015, Isabela would make a strategic move and start to take its portfolio national. The company’s cigars are made using traditional Cuban methods. Recently the company just announced StarDust a small batch, limited production release. Today we take a closer look at that cigar.

The origins of the StarDust actually traces back to another small batch limited release called The Time Traveler. This was a barber-pole release in the form of a 6 1/4 x 42 Corona. The StarDust uses the same tobaccos as the Time Traveler, but it comes in a smaller format – a 5 1/4 x 42 Corona. With the StarDust, the cigars rolled have been aging an additional 18 months. The cigars also feature a sweet-tip triple cap that uses a sugar-based sealant – something that is a signature of the Isabela Cigar portfolio.

Without further ado, let’s take a closer look at the Isabela Stardust and see what this cigar brings to the table.

The barber-pole wrapper consists of an inter-twined Ecuadorian Desflorado and Nicaraguan Habano wrapper. Desflorado is a technique that involves removing the tobacco flower, resulting in nutrients being passed to the leaves; which in turn results in more flavor. High priming Nicaraguan tobaccos highlight the remainder of the blend – including the use of Medio Tiempo for the binder and filler. Medio Tiempo is the highest priming found on a tobacco plant. Since it only grows on a small percentage of tobacco plants, it has low yields and thus has limited availability to cigar makers. The company produces its cigars in the Condega region.

The Stardust is available in 25-count boxes. Production has been limited to 100 boxes.

The barber pole arrangement of the Isabela StarDust features a nice light-dark brown contrasting effect. The Ecuadorian Desflorado wrapper is the light-colored wrapper while the Nicaraguan Habano wrapper is the darker one. There was a light coating of oil on each of the wrappers. I found the surface of this wrapper to be smooth and there were only some thin veins visible.

The band to the Isabela StarDust has an art-deco/Miami Beach style image on it. On the front of the band is a white panel with silver trim. On the white panel is the text “ISABELA”.

Prior to lighting up the Isabela StarDust, I used a straight cut to remove the cap. After the cap was detached I moved on to the pre-light draw. There was some light sugar sweetness from the sweet tip cap, but on each sample of the StarDust I had, I found this sweetness to be dialed back compared to other sweet tip cigars (which is something that I like). In addition, I picked up some chocolate malt notes. Overall, I considered this to be a very good pre-light draw. At this point, I was ready to light up the Isabela StarDust and see what the smoking experience would have in store.

Once lit, the effect of the sweet tip quickly dissipated and the start to the Isabela StarDust delivered a mix of cocoa powder, cedar, cream, and mixed-citrus sweetness. While it sounds like dessert, there was a definite tobacco taste to this cigar. The citrus sweetness had a taste of mixed fruit with a strong lemon component. During the early stages of the Isabela StarDust I found the cocoa and citrus notes to be the primary flavors, with the cedar and cream secondary. The cocoa and citrus alternated in intensity. Meanwhile, a mix of black and exotic pepper spices was present on the retro-hale.

As the Isabela StarDust moved into the last third, the cocoa notes re-emerged as the primary note. I found the citrus sweetness to recede into the background and did not linger as much on the tongue. The pepper and cedar were still present in the background. This is the way the Isabela StarDust came to a close. The resulting nub was firm to the touch and cool in temperature.

Overall the Isabela StarDust performed quite well when it came to the burn. This was a burn that was a low maintenance one. I found the StarDust had no problem maintaining a straight burn from start to finish. There was a slight amount of jaggedness on the burn line, but this was more cosmetic than anything as the cigar did not require any additional touch-ups. The resulting ash was firm with a silver-gray color. I found the burn temperature to be ideal.  As for the burn rate, this cigar was a slow burner – but only resulted in a longer smoking time and did not have any adverse effects. 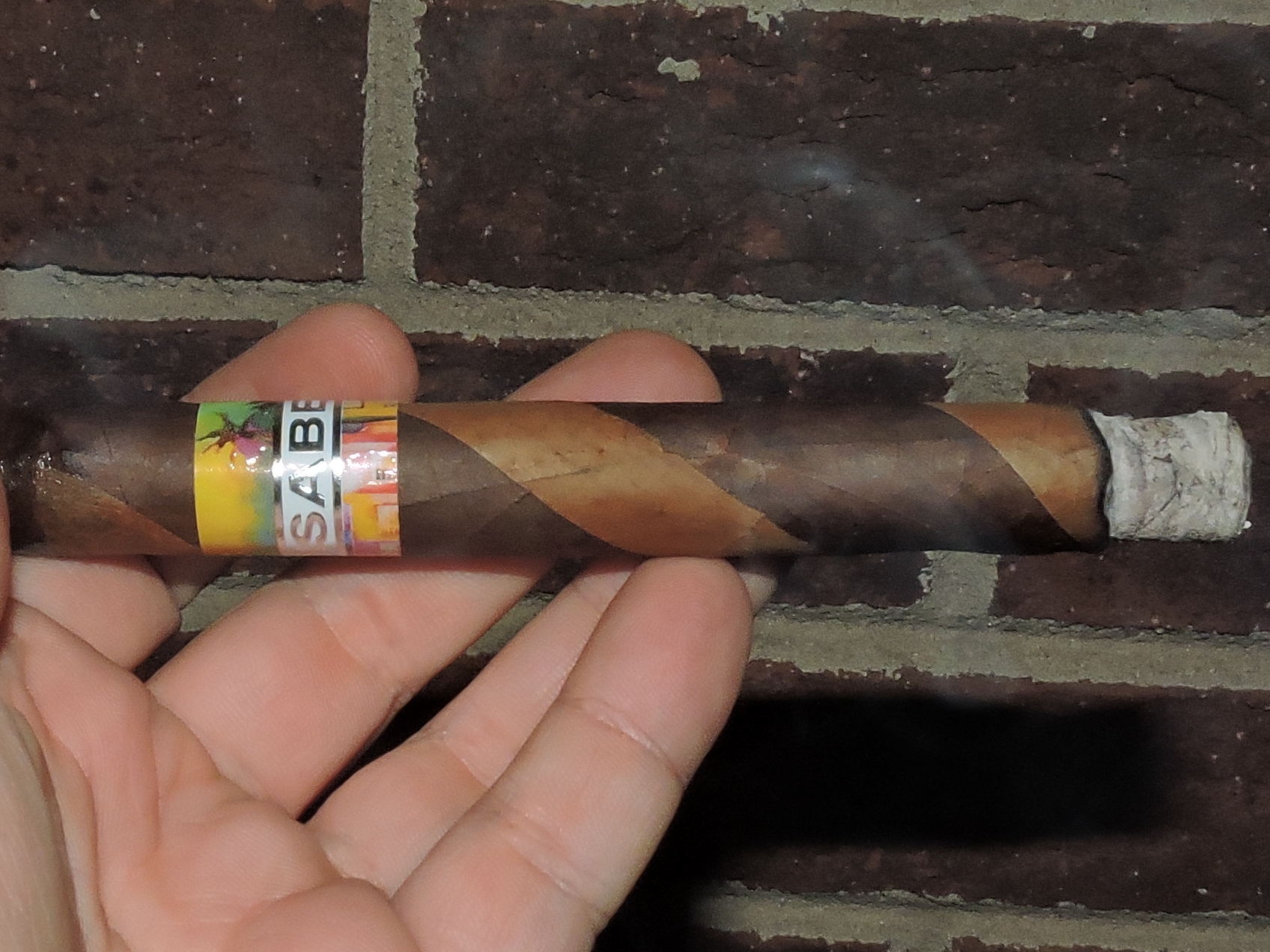 Burn of the Isabela StarDust

The draw to the Isabela StarDust was one of the best ones I have had in recent months. It had a slight amount of resistance on it which was at an optimal level for my liking. There was an abundant layer of smoke produced on this draw as well. This cigar earns our highest assessment level for draw with an “exceptional”.

While there are some higher priming tobaccos in this cigar, this is not a cigar that was overpowering in strength and body. I found this cigar started out medium in both strength and body. For the most part the strength level remained constant. As for the body, by the second third it had moved into medium to full territory.  The body continued to increase right until the last third, where it leveled off.

As for strength versus body, both attributes started out even but by the second third, I found the body had a slight edge.

This was my first experience with an Isabela Cigar and I was quite impressed with the Isabela StarDust. I liked the way the flavors transitioned with this cigar. While there was a little more sweetness than I prefer in the second half, I still found that the flavor profile was well-balanced. I also really liked the slower burn on this Corona. When forced to choose between a short/quick smoke or a longer smoking experience, I’ll always pick the longer experience – and it was nice to get this with the StarDust. I actually found the slower burn gave me more value out of a very good cigar experience.