“This is a cigar that brought a total package to me – flavor, complexity, and excellent construction..” 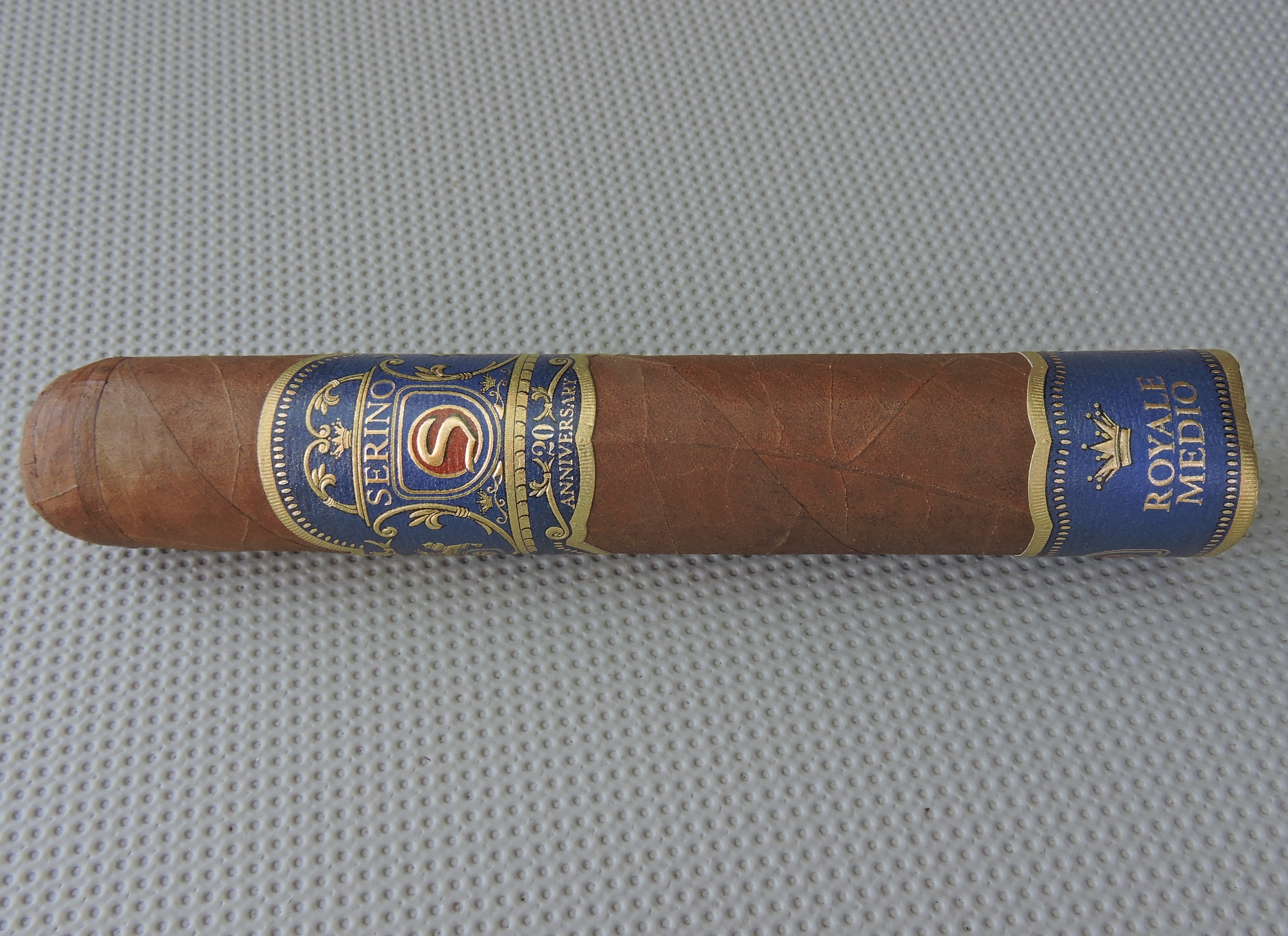 An Ecuadorian Habano Claro wrapper over a blend of Nicaraguan tobaccos aged for five years makes up the blend of Serino Royale Medio Robusto Gordo. The Robusto Gordo itself measures 5 1/2 x 60 – just slightly shorter than a traditional 6 x 60.

The Serino Royale Medio Robusto Gordo gives Serino Cigar Company its first appearance on a Cigar Coop Cigar of the Year Countdown. For those keeping score, this is the second newcomer landing on the 2017 Countdown joining Southern Draw Cigars thus far. The Robusto Gordo size is also the first 60 ring gauge cigar to land on this year’s Countdown.

Overall, the Serino Royale Medio Robusto Gordo is going to deliver a complex blend of natural tobacco, cedar, nut, pepper, and even a slight floral note. The cigar also delivers an underlying creamy texture, making for a nice amount of smoothness throughout the smoking experience. There are also plenty of flavor nuances and flavor transitions along the way. The flavors are medium-bodied. At the same time, this isn’t a cigar that will overpower you with strength as the Medio Robusto Gordo starts out mild to medium before progressing to medium.

Serino Cigar Company’s Serino Royale line has been quite impressive, but it seems the Medio has been the blend that has flown under the radar.  This is a cigar definitely worth checking out – and one that easily earns its place on this year’s Countdown.