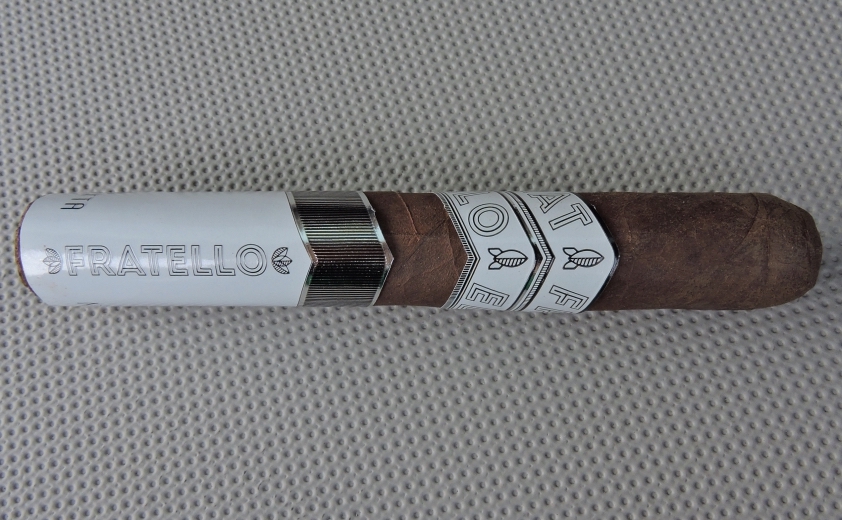 At the 2017 IPCPR Trade Show, Omar de Frias and Fratello Cigars unveiled their fourth regular production line, known as Fratello Navetta. Navetta is Italian for “Shuttle” and the name pays homage to De Frias’ prior employer, NASA. Last year, De Frias retired from NASA and decided to focus on Fratello Cigars full-time. After going to La Aurora in the Dominican Republic to produce the Connecticut Shade Fratello Oro, De Frias returned Joya de Nicaragua cigars to produce the Fratello Navetta. Joya de Nicaragua was the place where the company’s first two lines – Fratello and Fratello Bianco were produced. Navetta also added an oscuro-wrapped blend into the company’s portfolio. Today we take a closer look at the Fratello Navetta in the “Discovery” (Robusto) size.

When Fratello Navetta was announced, De Frias pointed out specifically what he had in mind in terms of doing a project to pay homage to his NASA days:

“Blending Fratello Navetta was special as I wanted to translate the ultimate celebration our men and women of the space program felt after a successful mission. After being part of over 21 missions nothing beats the feeling of getting our astronauts home safe to their families.

Colleagues of mine would get together and smoke a very special cigar to commemorate the occasion. This very special blend carries the ultimate feeling of innovation, duty, honor and success.”

Without further ado, let’s break down the Fratello Navetta Discovery and see what this cigar brings to the table:

In addition to the Ecuadorian Oscuro wrapper, the blend to the Fratello Navetta also incorporates tobaccos from the Dominican Republic and Nicaragua.

The Fratello Navetta is available in four sizes. Each is packaged in 20-count boxes. The Atlantis features the company’s box pressed torpedo vitola known as “The Boxer” – a staple found in each of the core lines.

The Ecuadorian Oscuro wrapper of the Fratello Navetta Discovery has a classic coffee bean color. Depending on how the light hits the wrapper, it will give off varying degrees of Colorado red tint. Upon closer examination, some darker mottling can be seen on the surface. There was a light coating of oil on the wrapper and some thin visible veins and most of the visible wrapper seams were on the thin side. 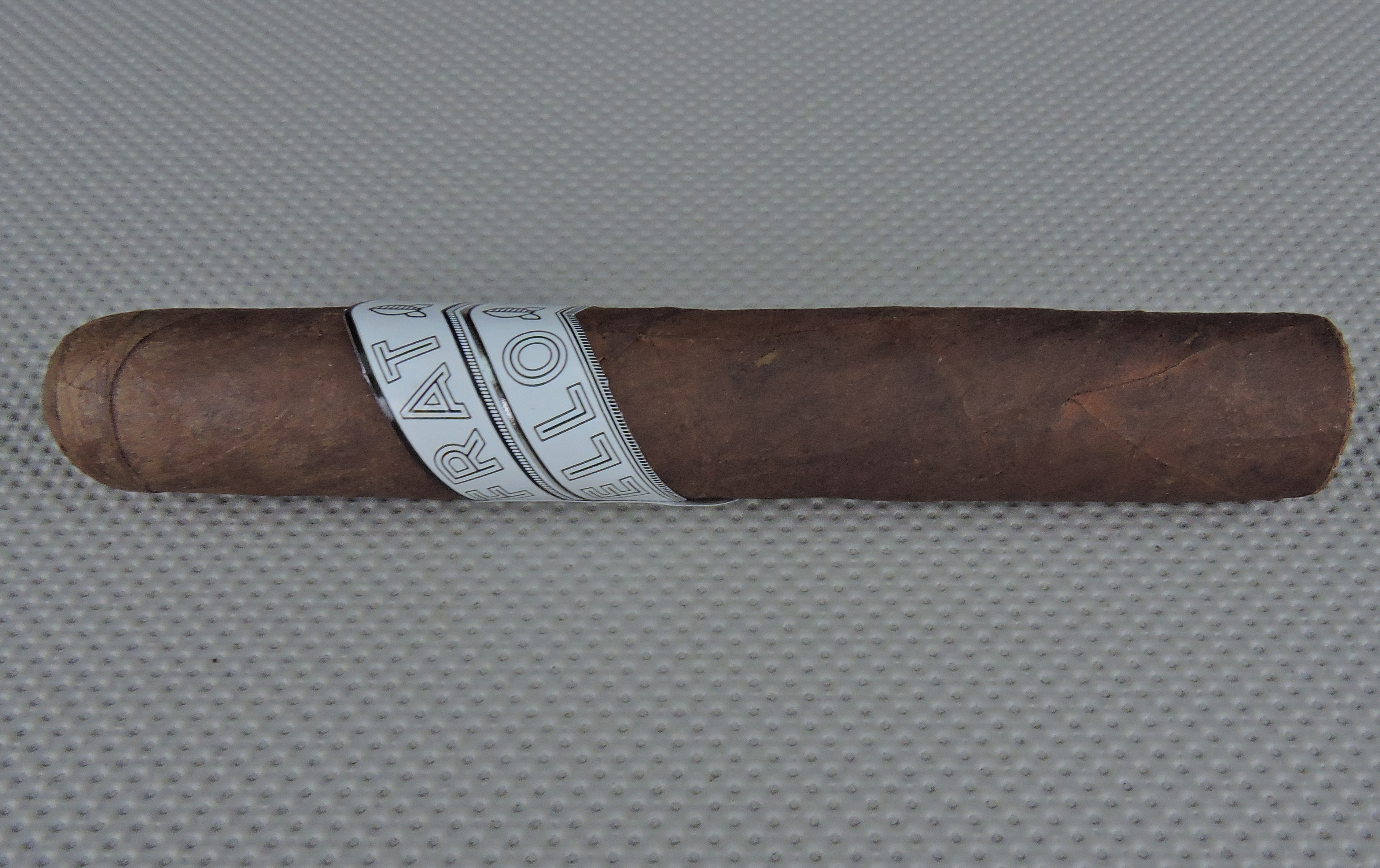 The band Fratello Navetta features a white-colored variant of the company’s signature Fratello band with the unique “zig-zag/marquis design”. The white background is sleek and is meant to be a similar color to the tiles found on the space shuttle. The zig-zag shape features the text “FRAT” and “ELLO” in a large black and chrome font on both the left and right side. There is a small black space shuttle-like design dividing each side of the zig-zag. A pattern of black, gray and chrome colors run through the middle of the band. On the far right of the band is a chrome nameplate-style design element in landscape mode. On that element is the text “FRATELLO NAVETTA” in black font.

Prior to lighting up the Fratello Navetta Discovery, I removed the sleeve from the cigar. I then proceeded to the pre-light draw. The dry draw delivered a mix of mocha (a cross between coffee and chocolate) and maduro sweetness (a cross between a dried fruit and natural tobacco). Overall, I considered this to be a very good pre-light. At this point, I was ready to light up the Fratello Navetta Discovery and see what the smoking phase would have in store.

Right out of the gate, additional notes of mocha and maduro sweetness were present on the Fratello Navetta Discovery. In the mocha notes, the coffee component was more prominent over the chocolate component. In the background, I detected some cedar notes. Both the mocha and maduro sweetness alternated in intensity during the early stages. Midway through the first third, the mocha, in particular the coffee notes, became the primary flavor.  The maduro sweetness joined the cedar in the background. Meanwhile, the retro-hale produced a mix of cedar and red pepper.

By the end of the first third of the Fratello Navetta Discovery, some black pepper surfaced on the tongue. The mocha notes continued to be the primary flavor. Once into the second third, the chocolate component of the mocha became more prominent in the forefront. Once past the midway point, the black pepper that surfaced on the tongue began to increase.  There still was some cedar and maduro sweetness in the background.

The final third saw the chocolate part of the mocha recede, resulting in the coffee component remaining. At the same time, the black pepper was now present in the forefront. There still were touches of cedar and maduro sweetness in the background. This is the way the Fratello Navetta Discovery came to a close. The resulting nub was soft to the touch but cool in temperature.

Overall, the burn maintained a straight burn path. There was some slight jaggedness from time to time. I did find this cigar required some touch-ups, but they didn’t become excessive. The resulting ash was skewed toward the firm side. This was a silvery-gray ash with some darker streaks mixed in. The burn rate and burn temperature were both ideal. 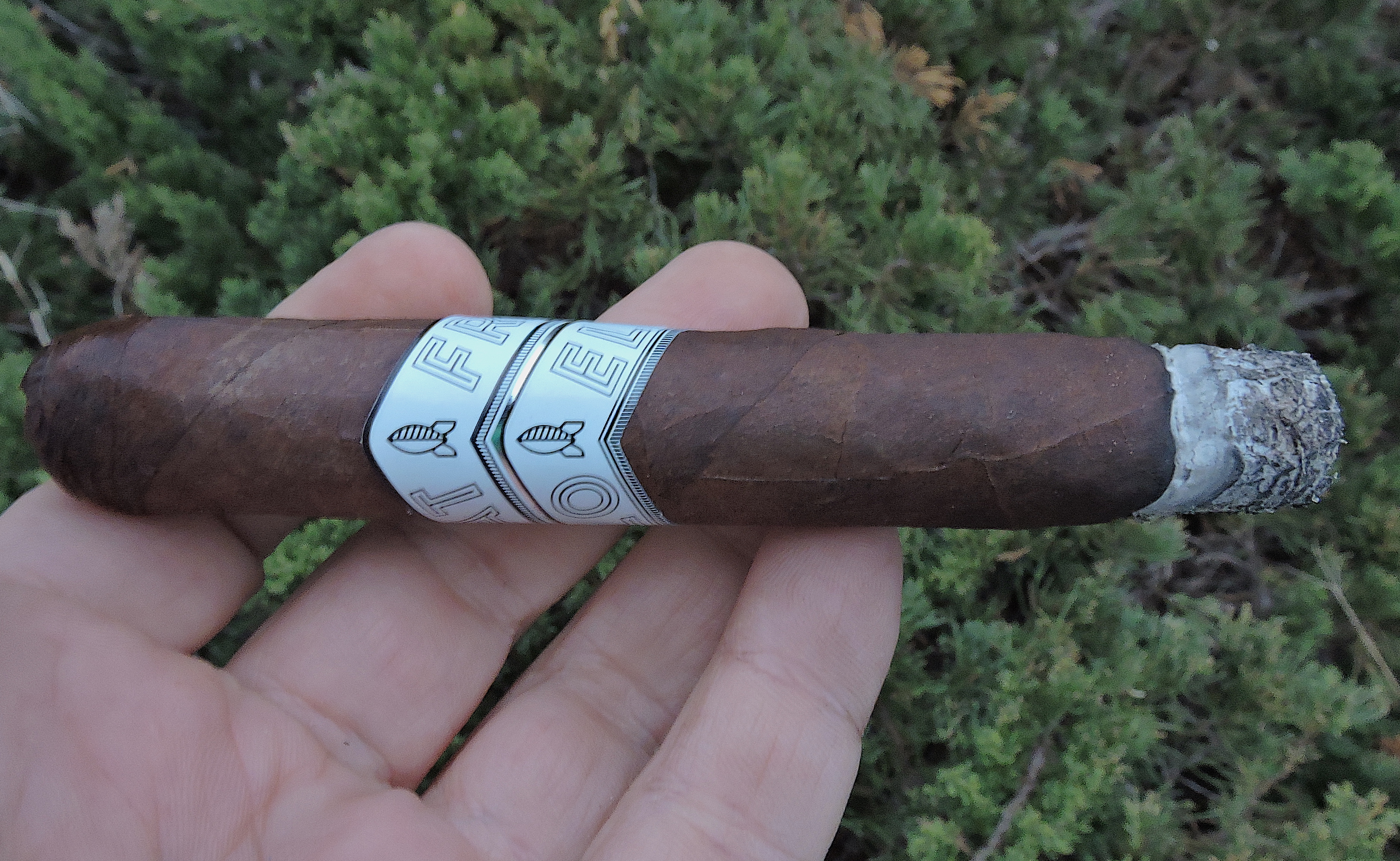 Burn of the Fratello Navetta Discovery

As for the draw of the Fratello Navetta Discovery, it had the touch of resistance that is something I look for in every draw. At the same time, this cigar produced an ample amount of smoke along the way.

The strength and body of the Fratello Navetta Discovery started out a medium. Along the way, both attributes increased in intensity linearly. The strength and body maintained a good balance. By the second half, both attributes had crossed into medium to full. I found the increase in intensity continued well toward the end of the cigar. In particular, by the end of the cigar, I was a little caught off guard with the strength levels as well as the weight of the flavors on the palate.

When you look at the assessment rating and final score of the Fratello Navetta versus previous Fratello releases, it might seem like the Navetta falls short. But that’s not the case. We’ve changed our approach and methodology regarding scoring and ratings. The bottom line is: the Fratello Navetta is an excellent release from Fratello. I liked the flavors this cigar delivered. At the same time, the cigar had the right amount of complexity and I liked how the cigar built up in intensity along the way. This is a cigar I would recommend to an experienced cigar enthusiast or a novice looking for something in the medium plus range.  While it’s a cigar priced at $10.50, it’s a great cigar, one worthy of a celebratory smoke, and one that warrants consideration for a box purchase.