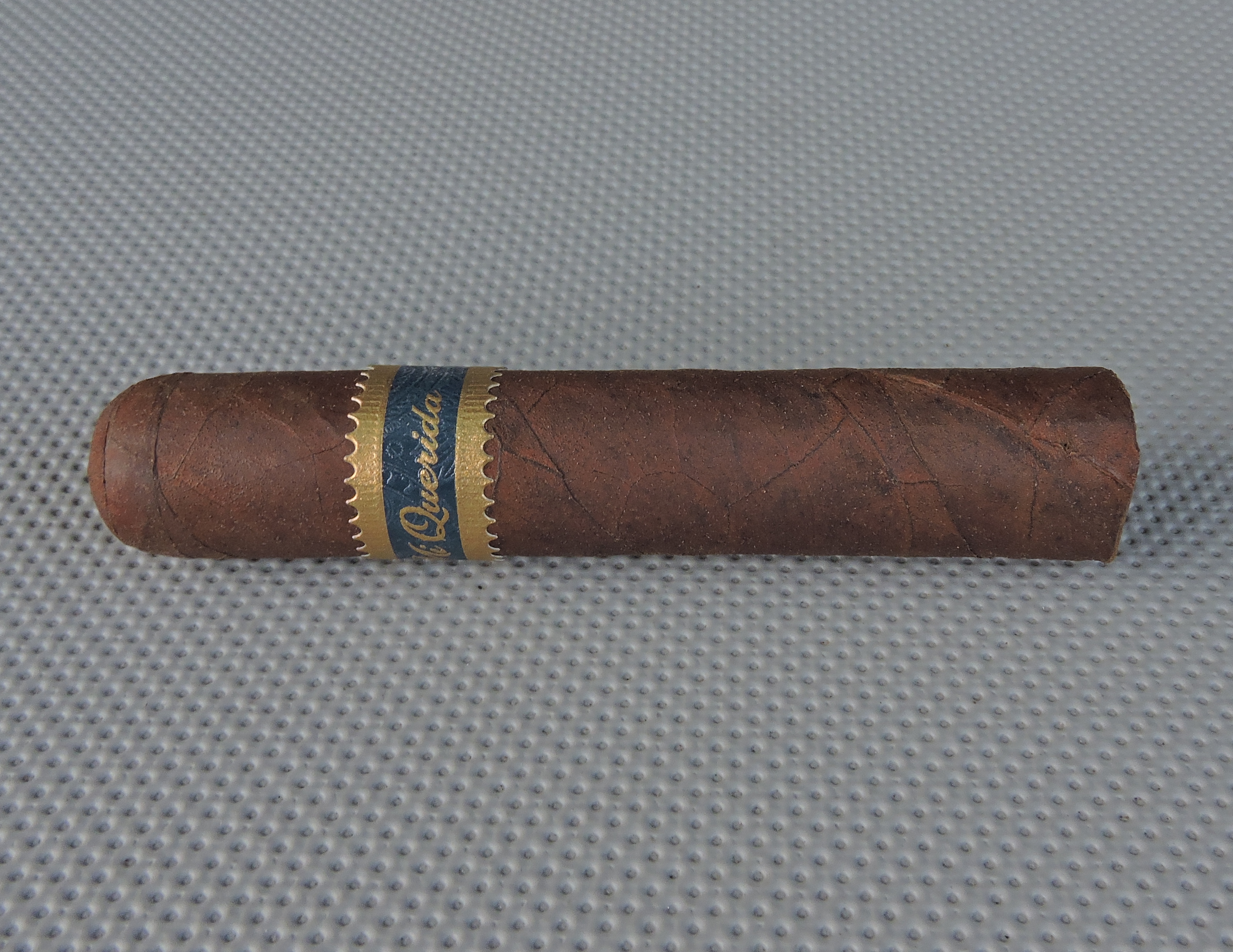 Back in 2016, Steve Saka and Dunbarton Tobacco & Trust released their second regular production line, Mi Querida. This was Saka’s long-awaited Connecticut Broadleaf wrapper offering. When Mi Querida was first introduced, there were four sizes that were made generally available to retailers. Simultaneously, there were also four additional sizes which were introduced in a more limited fashion. The reason for doing that is that, at the time, the U.S. Food and Drug Administration had an August 8, 2016, deadline by which any cigars released after that date would require pre-market approval. To avoid the red tape, Saka decided on a limited release for the four additional sizes rather than waiting for a future wider release. Fast forward to the 2017 IPCPR Trade Show and Saka decided to make two of the additional four sizes generally available. One of those sizes is the 4 x 48 Mi Querida Gordita – the cigar we will take a closer look at today.

The name Mi Querida is Spanish for “my dearest”, but it is also a term commonly referring to a husband’s mistress. In particular, in Nicaragua it refers to one’s “secret mistress” (since it is often common for a wife to know about the mistress). This secret mistress is the “dirty little secret” and thus plays into the connection of the cigar’s profile. Saka says this also fits into the theme of the cigar as he has described this as a cigar that is more gritty and a bit “dirtier” than the more refined Sobremesa release.

Without further ado, let’s break down the Mi Querida Gordita and see what this cigar brings to the table.

In addition to the Connecticut Broadleaf wrapper, the remainder of the blend consists of Nicaraguan tobaccos. The cigar is produced at the NACSA factory under the supervision of master cigar maker Raul Disla via Saka’s direction.

Four regular production offerings were launched for Mi Querida. Each of these sizes are offered in 20-count boxes except for the Churchill-sized SakaKhan. 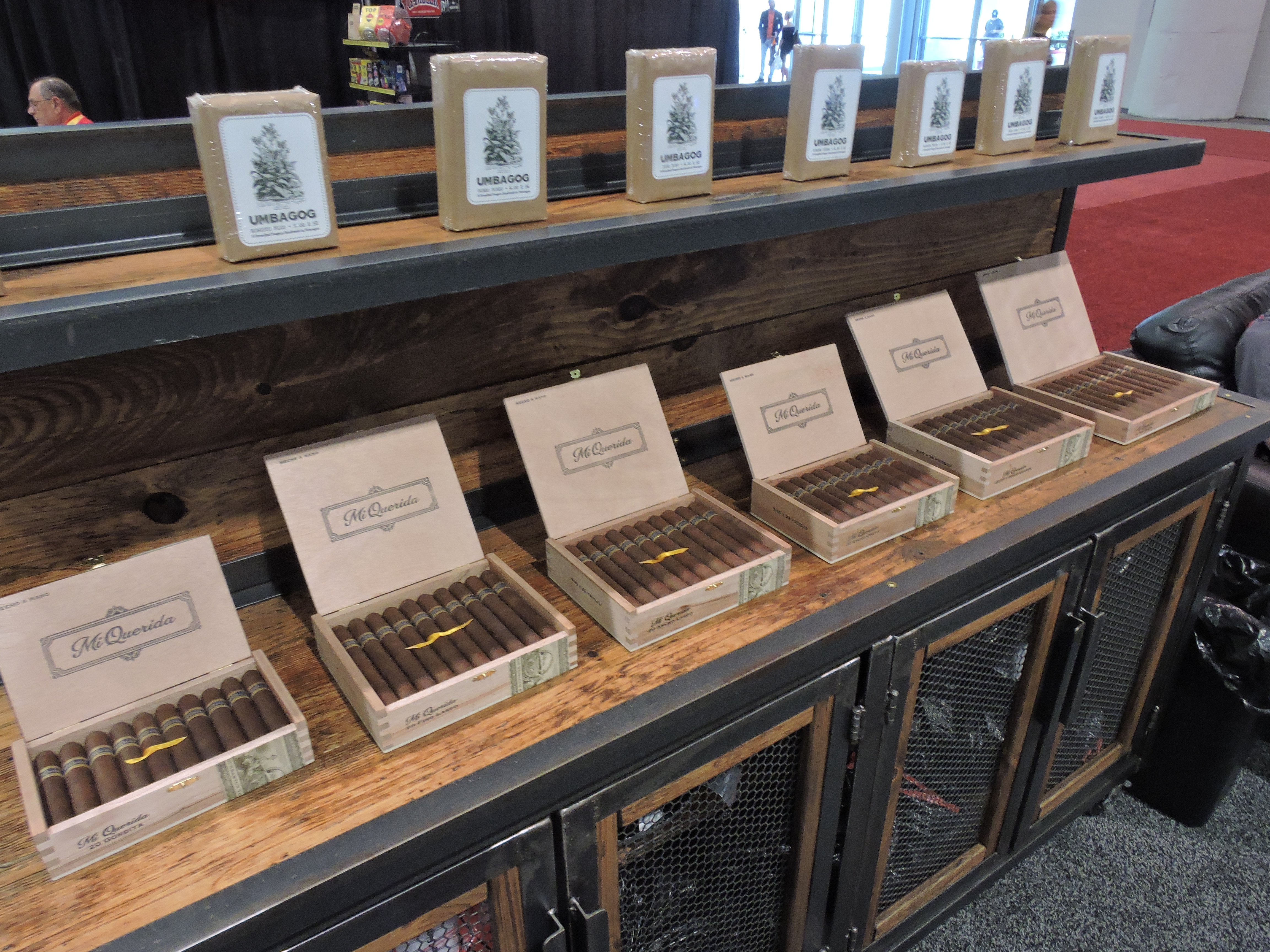 For a “dirty and gritty” cigar, I found the Connecticut Broadleaf wrapper of the Mi Querida Gordita to have some elegance to it. This wrapper had a classic coffee bean color to it. Upon closer examination, some subtle darker marbling could be seen on the surface. There was light coat of oil on the wrapper. There were very thin veins and well-hidden wrapper seams making for a smooth surface.

When Mi Querida was announced, Saka mentioned he opted to go with simpler packaging and banding than he did for Sobremesa. The band is blue with gold trim that has a perforated look to it. On the band is the text “Mi Querida” in a gold cursive font.

I opted to use a straight cut on the Mi Querida Gordita to commence the cigar experience. Once the cap was removed, I proceeded with the pre-light draw. The dry draw provided a mix of earth, coffee, and a slight red pepper notes. I considered this to be an excellent pre-light draw. At this point, I was ready to light up the Mi Querida Gordita and see what the smoking phase would have in store.

The start to the Mi Querida Gordita produced a mix of earth, cocoa, natural tobacco, citrus, and red pepper. Throughout the smoking experience, the earth notes had a musty quality to it – which is something that contributed to the “dirty and gritty” theme of the Mi Querida. It was also something that was favorable for the cigar experience. As the Mi Querida Gordita moved through the first third, the cocoa notes moved to the forefront with the other flavors settling in the background.  On the retro-hale, I detected an extra layer of red pepper.

The last third of the Mi Querida Gordita saw the earth notes remain primary. The red pepper notes had become a close secondary note. By this point, the cocoa and citrus remained in the background with the natural tobacco notes pretty much dissipated. This is the way the Mi Querida Gordita came to a close. The resulting nub was firm to the touch and cool in temperature.

The Mi Querida Gordita scored nicely when it came to burn and draw. The cigar maintained a relatively straight burn path and maintained a straight burn line. In terms of the ash, this wasn’t an overly firm ash, but it was wasn’t loose or flaky. It had a silvery-gray color to it.  The burn temperature was ideal. I did find this cigar to be a slow burner, but all this did was provide some additional smoking time and didn’t have any other adverse effects. 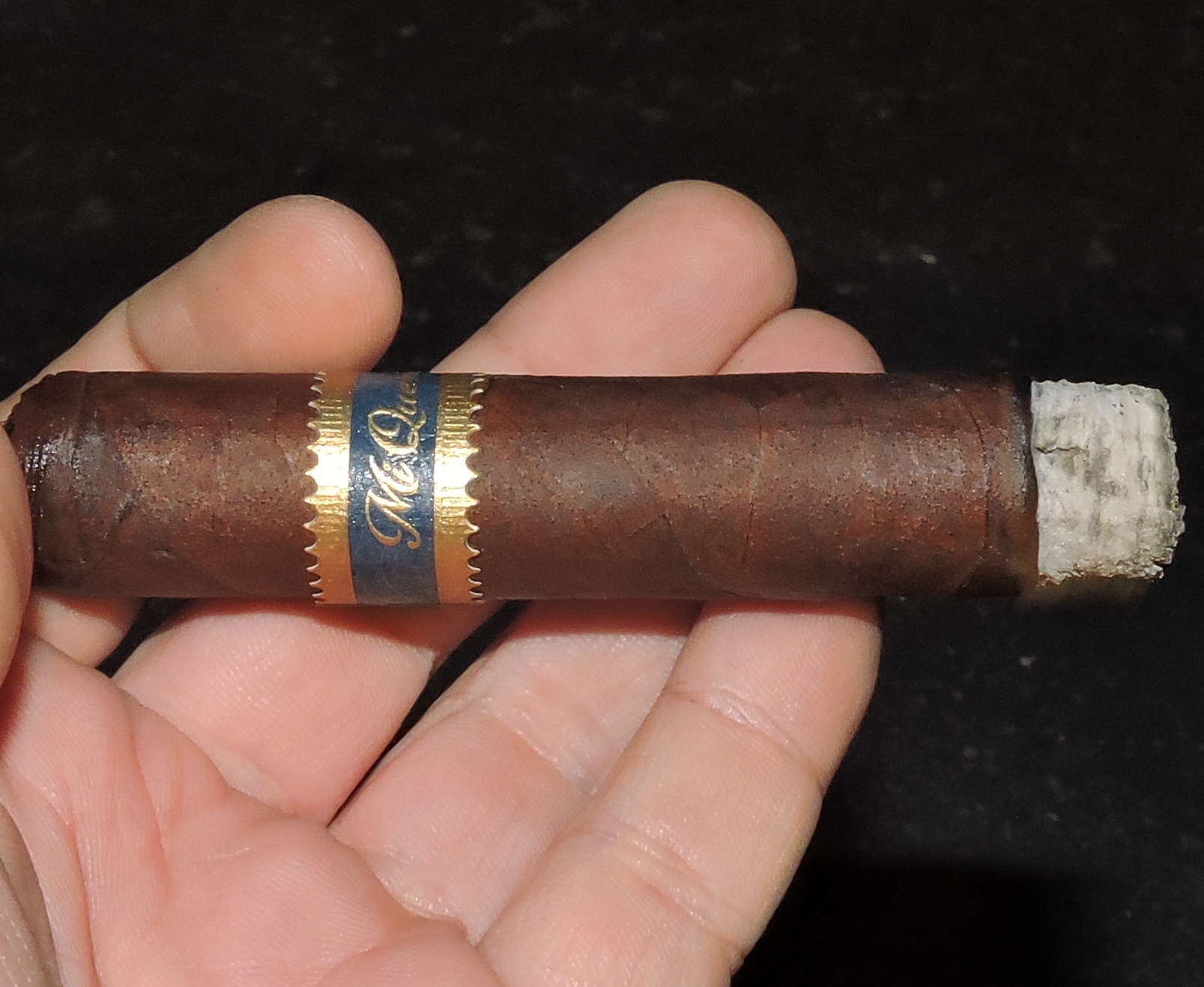 Burn of the Mi Querida Gordita

In terms of strength and body, I found the Mi Querida Gordita to fall in the medium to full range. Throughout the smoking experience, I didn’t find there was much in the way of variance of the intensity levels of the strength and body. When looking at strength versus body, I found both attributes balanced each other nicely with neither overshadowing the other.

Very simply, Mi Querida is one heck of a blend and with the Gordita format, I found the blend really shined in the 4 x 48 format. The musty a.k.a “damp earth” (or as Saka calls it “dank”) qualities of the Mi Querida Gordita are its strength – and something that gives it a unique quality. The sweetness and spice from the other flavors round out this profile nicely. Overall, I found this cigar fired on all cylinders – flavor, complexity, balance, and construction. The Mi Querida Gorda is a cigar I’d recommend to an experienced cigar enthusiast. It’s also a nice cigar to “graduate” a novice to something in the medium plus range. As for myself, the Mi Querida Gordita is not only worth going out and buying a whole box, but it’s one worthy of a fight with Chuck Norris over it.