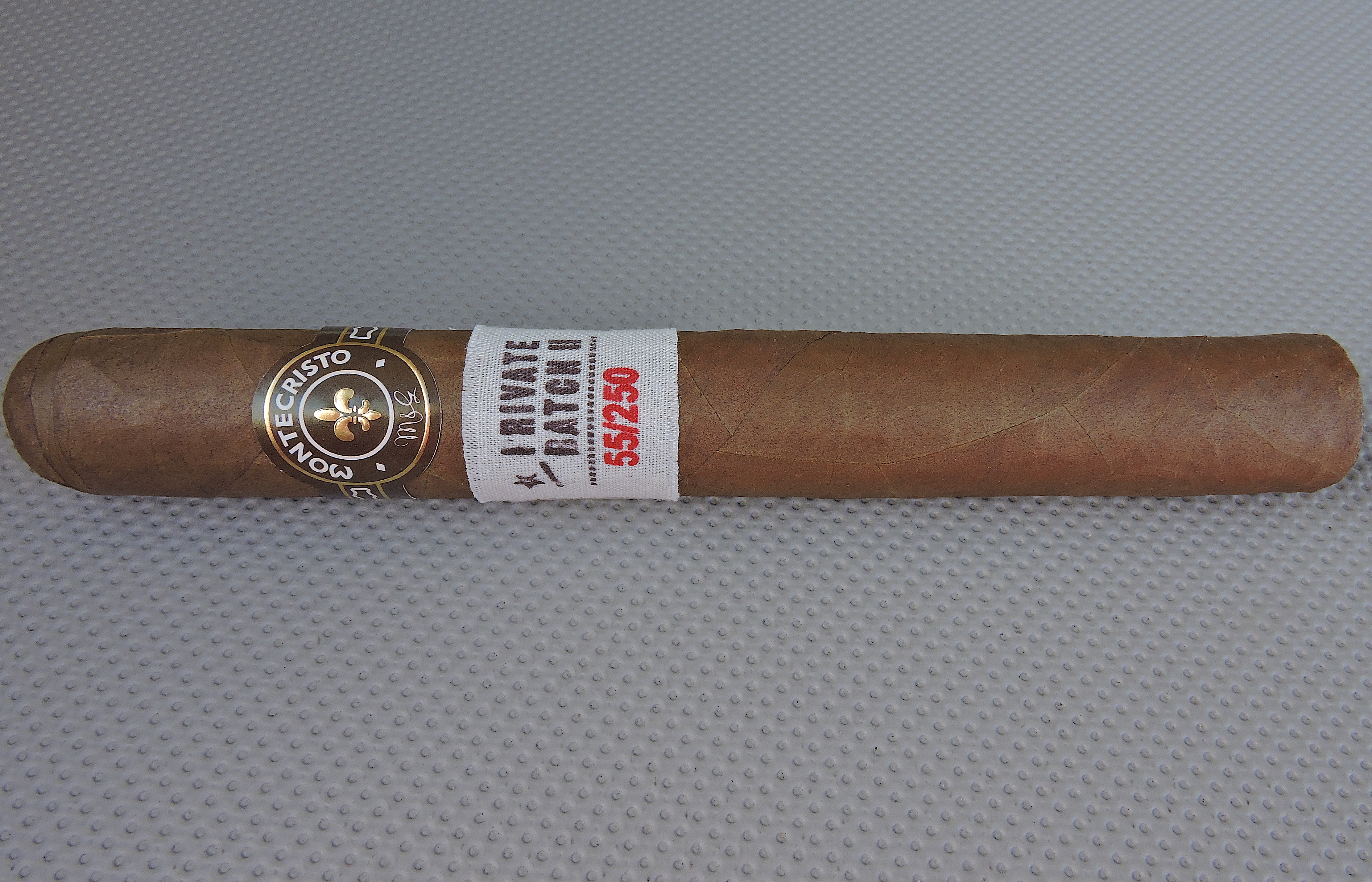 Until Rafael Nodal joined the Altadis U.S.A. team in 2017, Altadis was a company that had not previously relied on a “face” for the brand.  Altadis U.S.A.’s approach has been to let the brands in its portfolio speak for themselves. As a part of the story of the brands, the Grupo de Maestros works behind the scenes. Altadis U.S.A has touted this team an experienced group with more than 250 years combined experience. The company describes the group as follows:

Some of the more prominent releases the Grupo de Maestros have been involved with include: Montecristo Epic, Montecristo Espada, Romeo by Romeo y Julieta, VegaFina Master 2012, and the Montecristo Private Batch series.

One common thread seen throughout the Private Batch series has been the cigars have been shipped to retailers in 100-count cedar trunks. Private Batch II also covered the trunk in Burlap. 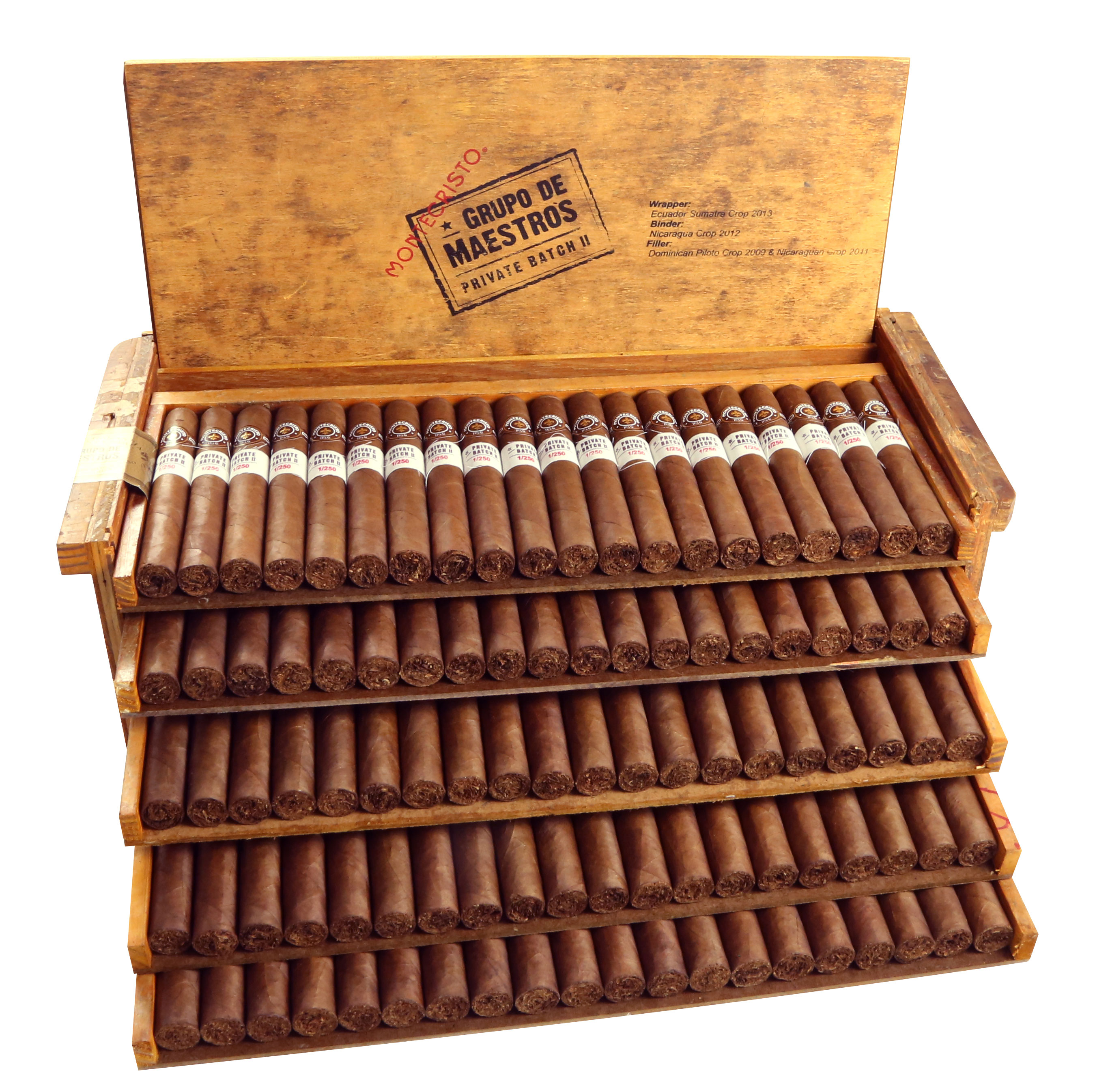 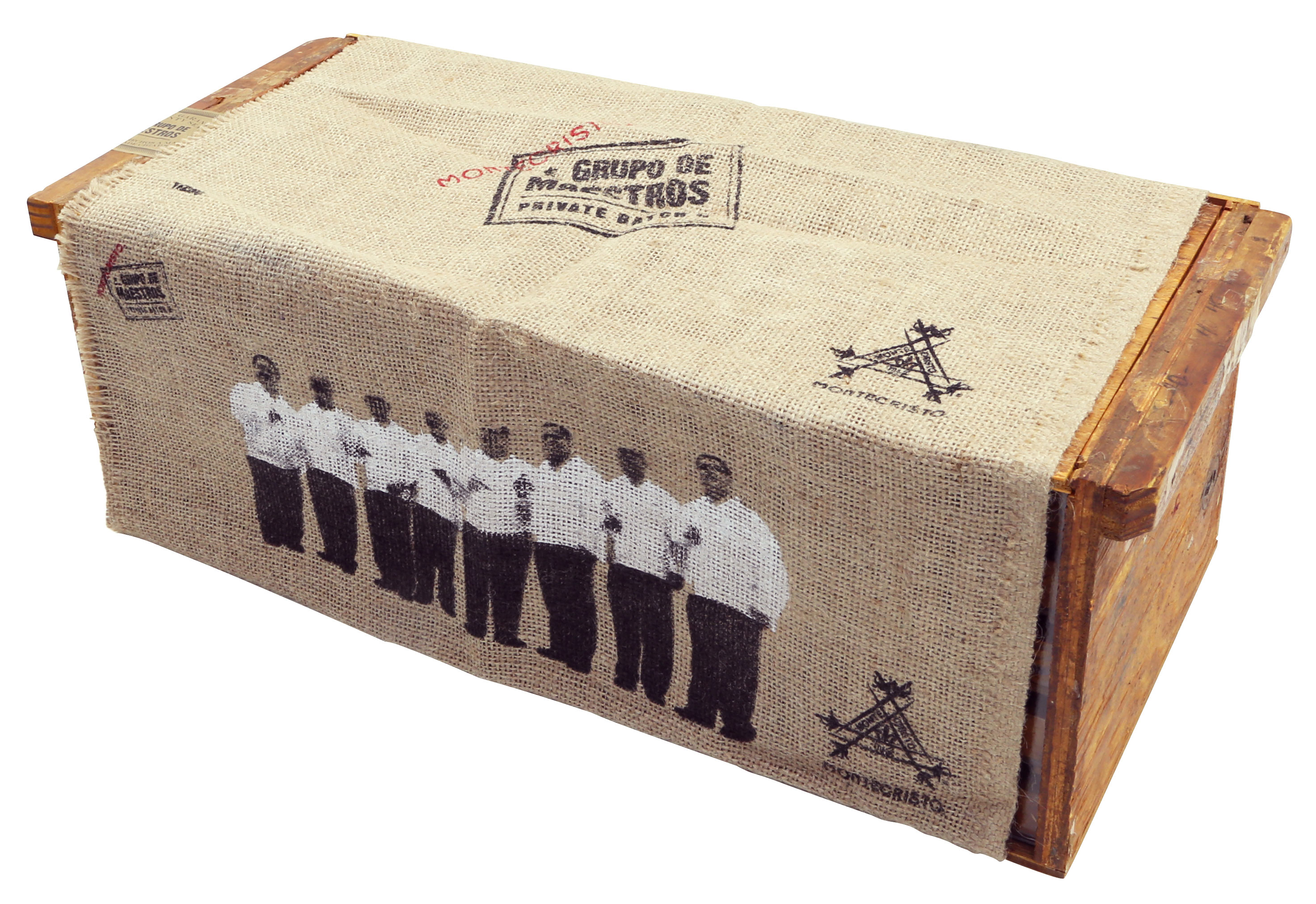 The Private Batch II features an Ecuadorian Sumatra wrapper over a combination of Nicaraguan and Dominican tobaccos. The main release was a 6 x 50 Toro, but there also was a Churchill size offered at JR Cigar.

For completeness, we list the other installments of the Montecristo Grupo de Maestros Private Batch Series:

The Ecuadorian Sumatra wrapper of the Montecristo Grupo de Maestros Private Batch II Toro had a medium brown color. On the surface was a light coating of oil on it. This was a smooth wrapper with any visible veins on the thin side and the wrapper seams barely visible.

The primary band of the Grupo de Maestros Private Batch II consists of the classic Montecristo brown band.  On this band is a gold fleur-de-lis surrounded by a white ring.  Above the white ring is the text “MONTECRISTO” in white text. There is an outer gold ring surrounding the white ring and text.  The remainder of the band contains gold and white adornments.

There is a secondary band made of cloth and white in color. On the band is the text “PRIVATE BATCH II” in dark brown font. To the left of the text is a dark brown star.  Below the text is the “55/250” in red font.  This indicates that the cigars I smoked were from box #55 of the 250 box allocation.

Out of the gate with the Montecristo Grupo de Maestros Private Batch II Toro, I was treated to more of the sweet natural tobacco notes. There also were notes of earth, red pepper, and citrus. On the retro-hale, I noticed an additional layer of red pepper.

Throughout the first third, the natural tobacco notes got richer – emphasizing the tobacco flavor. As the Private Batch II Toro moved into the second third, the sweetness component started to diminish. There also was a slight increase in the red pepper.

By the midway point, the natural tobacco notes remained in the forefront. The red pepper, citrus, and earth remained in the background. The background notes were complementing the sweetness and spice. By this point, the sweetness was coming from the citrus component. For the most part, I didn’t detect much change in the profile. At the same time, the flavor profile had settled into a nice combination of flavors.

When the Montecristo Grupo de Maestros Private Batch II Toro came to a close, the cigar remained flavorful to the end. There was no harshness. The cigar finished with a slight soft nub that was cool in temperature.

Overall, the Private Batch II Toro had a low maintenance burn. There was some jaggedness on the burn line, but for the most part, the burn path remained straight and the cigar didn’t require an excessive amount of touch-ups. The ash had a silvery gray color to it. It wasn’t the firmest ash, but it wasn’t a loose nor flaky ash. The cigar also had an ideal burn rate and burn temperature. 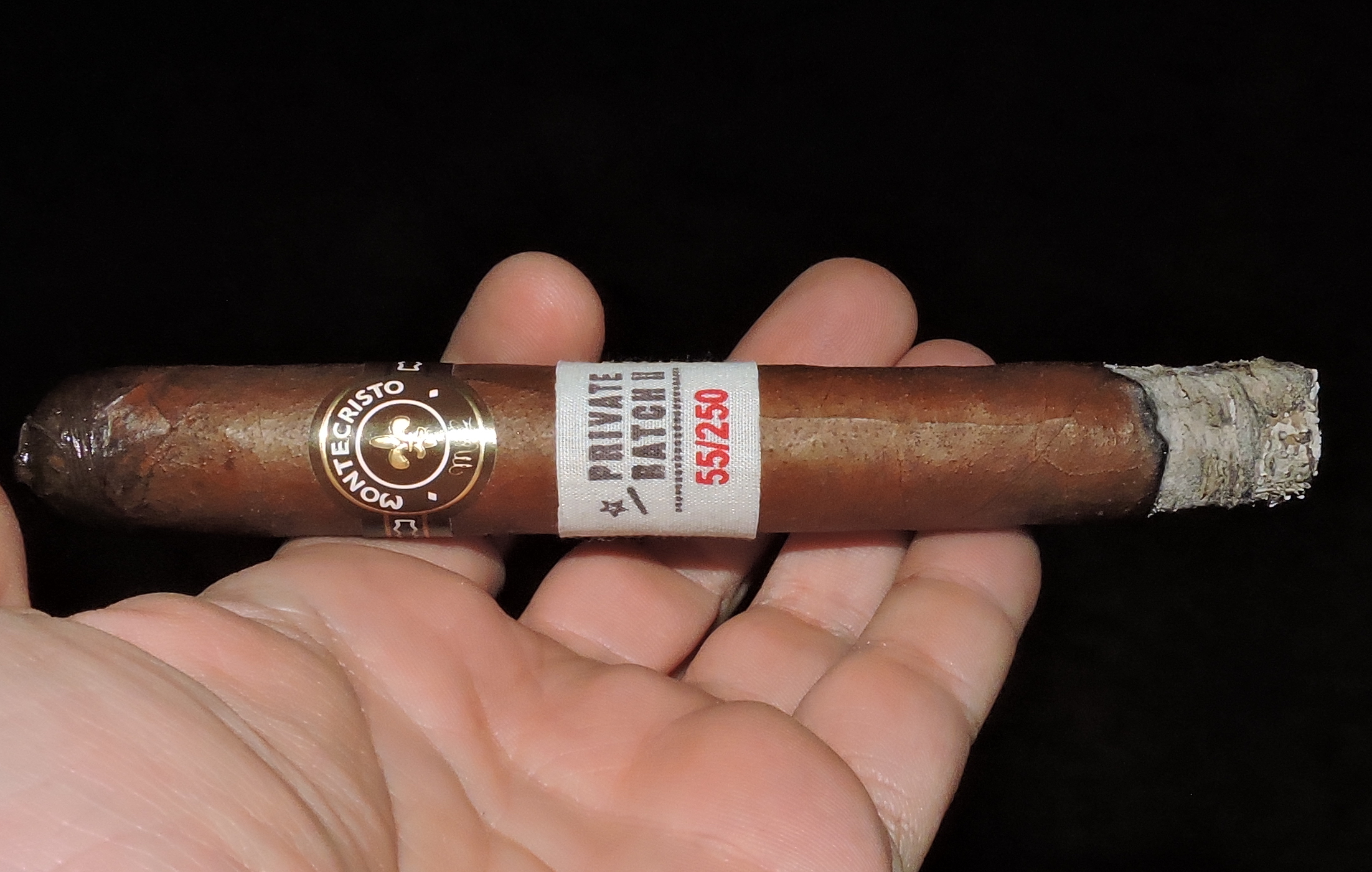 The draw to the Private Batch II Toro had the right balance of resistance and openness to it. Like the burn, it was low maintenance making it easy to derive flavors. There also was a nice layer of smoke produced from this cigar.

The Private Batch II Toro delivered a profile that was medium in strength and medium in body from start to finish. I found the intensity levels pretty much stayed constant throughout the smoking experience. I also found the strength and body balanced each other very nicely with neither attribute overshadowing the other.

While I didn’t find the Montecristo Grupo de Maestros Private Batch II Toro to be the most complex of cigars, I did find it delivered excellent flavor. It’s not a cigar that is going to deliver radically unique flavor notes, but the flavors delivered were quite good. This cigar had a nice tobacco taste from start to finish and the flavors were very well-balanced. The medium strength and body of this cigar provided the right intensity level for these flavors. This is a cigar that is ideal for either the novice or experienced cigar enthusiast. It’s a cigar I’d smoke again, but at $15.00 a pop and because the cigar is sold in 100-count trunks, it’s not one I’d really consider for a box purchase. However, it is one worth picking up more than one.